Impressions of our 2016 conference

Not being an expert on Shakespeare, I was not sure how much I would get out of this year’s conference, but in the event I was fascinated by every talk.

It was chaired, in a gentle and encouraging way, by Alison Milbank.

Beatrice Groves addressed the question of whether Shakespeare was a crypto-Catholic. Probably not: the impression that he might have been probably results from the knowledge of Catholic beliefs and practices which most people knew about in his day. Especially important were the Mystery Plays, which were declining in the sixteenth century but did not die out until the seventeenth.

In parallel sessions I could have sat at the feet of Christian Coppa and Vittorio Montemaggi, but instead listened to Jem Bloomfield on the relationship between Shakespeare and the Bible. Critics have noted over a thousand biblical quotations in Shakespeare. Like the Bible, his works have often been treated as a single book, which can be misleading.

Ronnie Mulryne described the political situation when King Lear was first produced, just after the Gunpowder Plot and soon after the accession of James I. Ronnie – and we – could not help noticing parallels with our own day – just after the Brexit vote, and while Britain was swapping prime ministers.

Alycia Smith-Howard’s talk was entitled ‘The Gospel according to Shakespeare’, and drew on The Tempest to explore the importance of mercy in Shakespeare’s plays.

Rowan Williams talked about prayer in Shakespeare. In the fictions of the theatre, he told us, we have space to discover what is true. In the questions after his talk he was asked what advice he would give to the new Prime Minister. His answer was memorable:

Pray, so that you will not lie to yourself.

The Conference Eucharist was a Poetry Mass, led by the Chaplain, Paul Edmondson. Later he interviewed Philip Breen about producing the York Mystery Plays. The whole cycle, Philip told us, would have lasted seven hours, with the plot stretching from before the creation of humanity to after its end.

On the final morning, Graham Ward talked about dreams, with particular reference to A Midsummer Night’s Dream. In the Bible and Augustine, he told us, the imagination is deceitful. It did not have a positive connotation until the 1730s.

between Shakespeare and the Mystery Plays. Shakespeare would have been familiar with them. That seven-hour York play provided an account of the nature and purpose of humanity from start to finish: from God’s creation of the universe to our final destinations when it is all over. No, I wouldn’t recommend taking those medieval performances as literally true accounts of who we are and what we are here for: but do we have an equivalent account today? 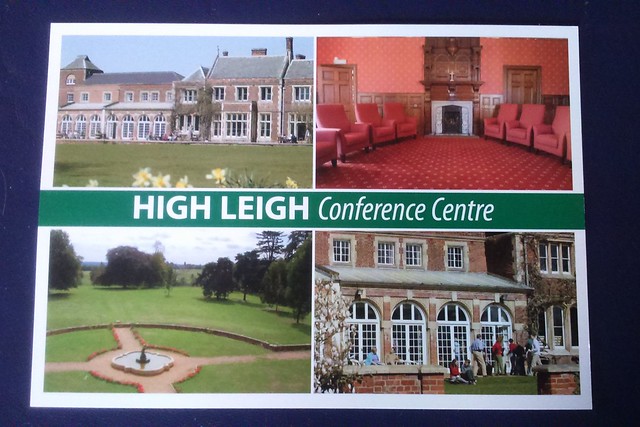 We can provide copies
for distribution in churches
and elsewhere.