A statue is just a symptom 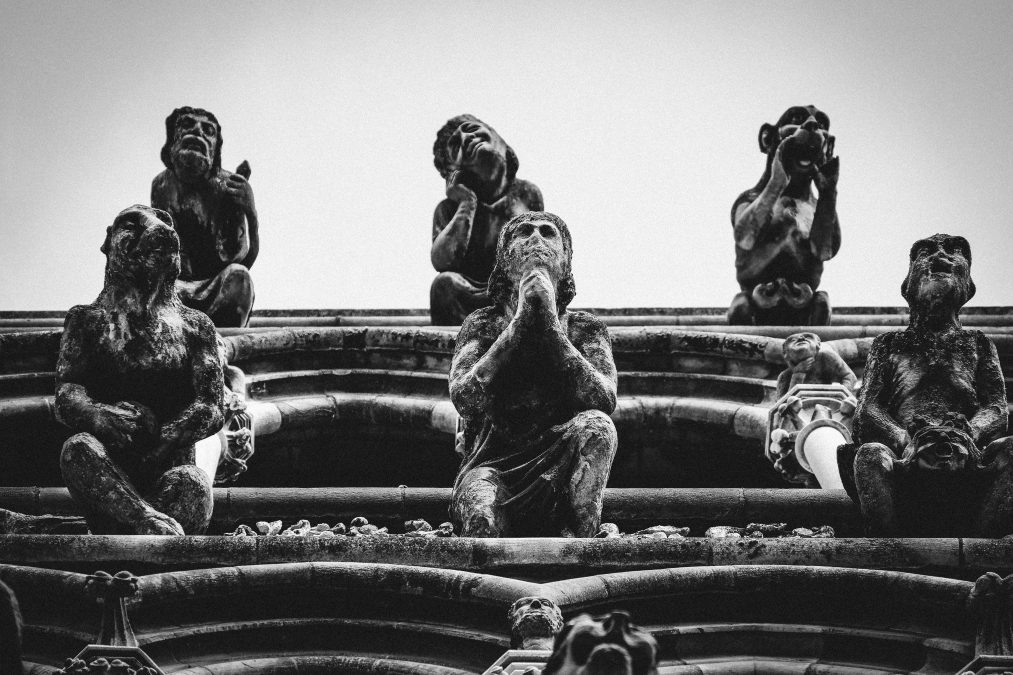 It’s not about the statues, but it is about the statues. It’s not about statues because it’s about racism. Yet racism, if it is to be more than an abstraction, is identified by its embodiments in monuments, laws, inequalities, deficiencies in political representation, educational opportunities, policing, hostile immigration policies, colonial reminders, church leadership etc. etc. Therefore, statues do matter, in so far as they depict how we want to project our cultural history and current landscape. What’s at stake in the national eruption since the killing of George Floyd by a Minneapolis police officer and the toppling of the statue of the 18th-century slave-trader and later philanthropist, Edward Colston, in Bristol, is a question of values. What values do we want on display in our public places and spaces?

Make no mistake, we have now moved beyond racism as an ‘attitude problem’ only. Our cultural moment is also more than the complaint that to remove a statue is to sin against history. When Colston hit the ground and then the water, history was not lost but was made. We used to think that the race fault-line was essentially an American problem; now we know that it is also in the British DNA. We became wealthy on the backs of black African slaves. No getting away from it: it’s about the structures. For example, the much-respected Runnymede Trust, in their report of 2017, noted that ethnic minorities in Bristol endured greater disadvantages in education and employment possibilities than the average rating for England and Wales.

Christian faith is also implicated. The explorer, Captain James Cook, performed a ‘great service’ mapping the lands, flora and fauna, of the antipodes, and his impact is marked by an obelisk on the North Yorkshire hills above his native birthplace and celebrated in the following words:

‘In memory of the celebrated circumnavigator Capt James Cook F.R.S.
A man of nautical knowledge inferior to none, in zeal, prudence and energy, superior to most…. While the art of navigation shall be cultivated among men, whilst the spirit of enterprise, commerce and philanthropy shall animate the sons of Britain, while it shall be deemed the honour of a Christian Nation to spread civilisation and the blessings of the Christian faith among pagan and savage tribes, so long will the name of Captain Cook stand out amongst the most celebrated and most admired benefactors of the human race.’

The blessing of colonial adventures by Christian faith are here plain to see. When these words were first unveiled on the explorer’s obelisk in 1827 I have no doubt it was done with great solemnity. When I read these same words to a conference audience on themes of globalisation in Hawai’i in 2006, they were greeted with howls of laughter. How cultural perceptions change! As a child raised within sight, by about 5 miles, of Captain Cook’s monument I had no inkling of the sufferings of Maori people at his hands; I was taught only about his colonial greatness. His statues in Teesside, Australia and New Zealand are now in the firing line – and his crimes come nowhere near those of Colston.

Christian faith is no stranger to statues and their ambiguities. We inherit the ambiguity from the well-founded Jewish suspicion of images in religious spirituality – classically enshrined in the Golden Calf story. Religious affections can easily be transferred from concentration on the holy otherness of God to its material representation. For statues represent power, control and command by those whom they represent over those who are made to bow before them. It is worth recalling the example of the Roman Emperor, Caligula (reigned 39-41 C.E) who decided to place a statue of himself as Zeus incarnate in the Jerusalem temple in order to exert his power and authority over disrespectful Jews. Crowds of Jews protested by assembling before Caligula’s Syrian governor, Petronius, and declared that they would rather die than see the statue placed in the temple. Says the Jewish historian, Josephus: “And falling on their faces and baring their throats, they declared that they were ready to be slain.” Caligula was assassinated in 41 C.E. and the statue never appeared. Perhaps we can think of this as a kind of statue toppling before it was erected.

Statues make a statement about power, authority and value. This is what is at stake in our debates about statues. Do we want to continue with the values of our colonial past – however mixed that is – or create something different? Statues are about the present and not the past. In this sense, statues are not really about personalities – all of them morally flawed, including a Nelson Mandela or a Mahatma Gandhi, both of whom have memorialisations all over Britain – but about the value of what they embody.

I have no idea what statues, plaques and reminders should now remain in place in our towns and cities. But the conversation should be about not only racism and colonialism but also the underlying values we wish to celebrate as a culture. Values do evolve and sometimes rapidly so. Covid times have opened up a Pandora’s box of issues which now interrogate us about the values we wish to embrace. The historian and broadcaster, David Olusoga, has said that “statues are a symptom of the problem, not the problem itself”; and that “The real conversation has to be about racism and how we confront it” (The Observer, 14 June 2020). Yes, fine. But how about broadening the conversation and pursuing the question of what underlying values make sense now for our society and world?

Alan Race is the Chair of Modern Church.