Signs of the Times Winter 2020 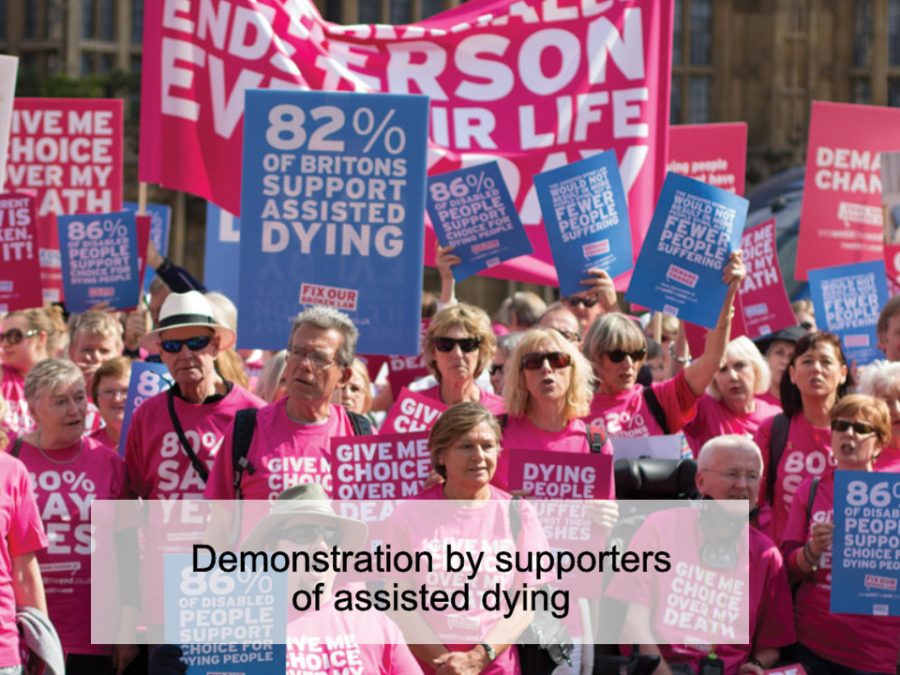 On 8th October the British Medical Association announced the result of the largest ever survey of UK doctors on assisted dying. Although it formally opposes a change in the law, the results showed that 50% of doctors support assisted dying. Only 39% think the BMA’s opposition should continue. The news came the day after the Irish parliament voted in support of a new Dying with Dignity Bill.

One can only sympathise with the medical profession. On the one hand their job is to keep people alive and well. On the other, medical technology enables them to keep increasing numbers alive in distress or pain when nature would have been more merciful. They see both sides of it.

When we face dilemmas like this our responses often reveal deeper assumptions. Our beliefs and attitudes are based on underlying philosophies of life, most of which we never think about.

Some people, for example, take it that there is no right answer; that the way things are is built on top of an underlying conflict of values. If so, it seems that the best we can do is the lesser evil. If any given law is cruel to some in order to be kind to others, tough.

I am dissatisfied with this. I approach the issue from a liberal (i.e. non-dogmatic) Christian perspective. My liberalism tells me that we need to think it through anew in every age. My Christianity tells me that the way things are is built on a benign order which allows us to choose between right and wrong. There must be a right thing to do.

It may not be the same in each case. To assume there is a central authority qualified to make a blanket judgement on all cases (as is the present legal situation) is to empower central hierarchies at the expense of the people most closely involved.

Of course the people most closely involved can also get it wrong, or disagree with each other. But each case is unique. Believing there is a right answer does not mean there is a one-size-fits-all solution.

I have argued in the past that when we face real dilemmas like this, they probably result from characteristics of our society that stop us seeing some element of the situation. Every society has blind spots. Ours gets stuck on the sanctity of life, the spookiness of death and the cult of technology.

The sanctity of life is an idea inherited from our religious past. It presupposes a transcendent moral authority that bestows the sanctity. Without that, it loses its meaning. We cling to the principle. It is too important to lose. But when we put it in a secular context, nobody knows what it means.

Death, in most societies, has been understood as a transition to another life. This is one of the few beliefs we can confidently attribute to our prehistoric ancestors, because of funeral remains. Yet the staff of a modern hospital today, while allowed to believe in life after death, are expected to treat it as only a private opinion. Professionally, they are expected to work on the basis of unbelief. This raises the stakes to the highest possible. It means that, once the patient’s heart stops, that person will never have any experiences ever again. Nothing, ever. It’s a chilling thought. It makes one think death must be fought off as long as possible.

Technology has the opposite problem. We live in a society that for centuries has been priding itself on improving the conditions of life through its never-ending sequence of new technologies. Every time a new technology is devised, people are itching to use it. We never think about the people who will be disadvantaged by it. Among them are the people who have come to the end of their natural lifespan and are ready to die.

So from my liberal Christian perspective, I think there is a way through the dilemma.

Technology: we can use it in many different ways, but whether to use it in any one instance is a matter to be judged by non-technological values. No technologies should be valued for their own sakes, or used just because they are available.

Putting these together, we can describe the sanctity of life more accurately. Every life is sacred: that is, it has value and meaning that transcends the value and meaning we know it to have. At the same time, every human life is also going to die. The dying is part of the sacred entity, not the end of it. Death is relativised. Like a birthday party or a wedding, it’s not a question of whether it will happen. It’s a question of when the most appropriate time will be.