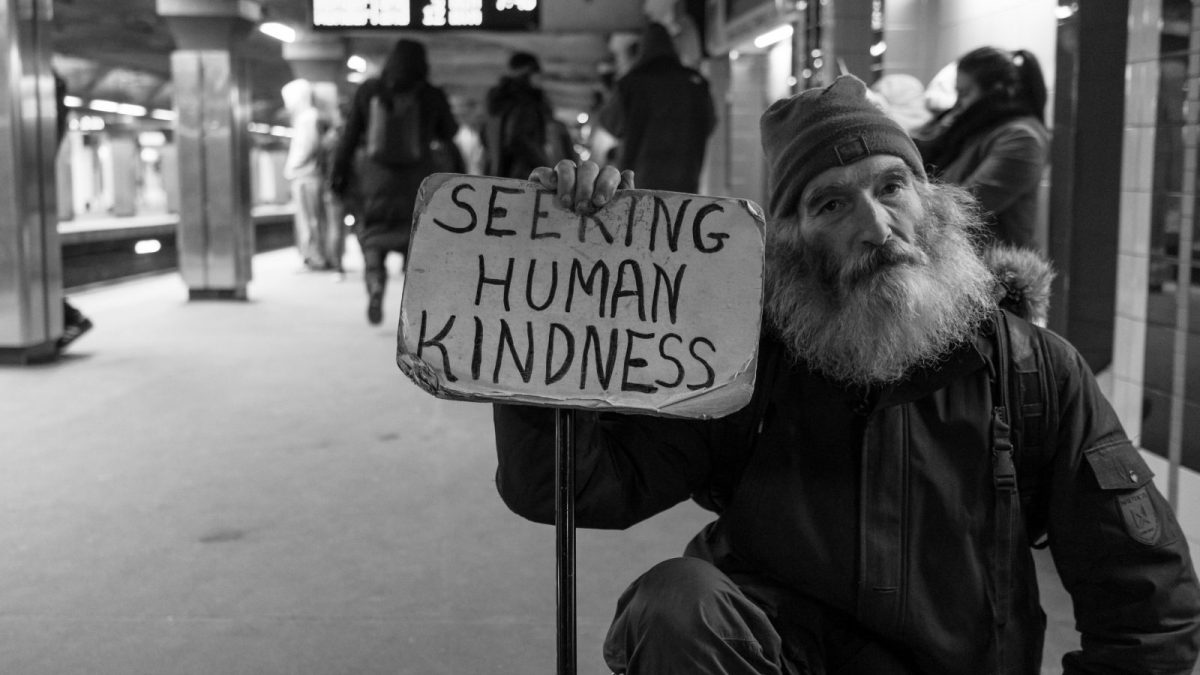 Mark Field MP has attracted attention to himself again, describing some homeless people as ‘undesirables’.

This post argues that from a Christian perspective nobody is an undesirable. Christians should publicly object to language like this.

Field was the Foreign Office minister suspended last month for manhandling a Greenpeace protestor at Mansion House during a speech by the Chancellor of the Exchequer.

Now he has declared in a leaked email that The Passage, a charity helping the homeless in his constituency, was ‘a magnet for undesirables’.

The email was a response to a resident complaining about the number of rough sleepers in the area.

Poppy Noor has written a perceptive response, drawing attention to the way public opinion can turn against those in most need. As people grow accustomed to seeing large numbers of homeless people, we easily resent their presence and forget that they are humans with needs like everyone else. Some years ago I blogged on the use of the word ‘infrahumanisation’ to describe the process.

Calling anybody at all ‘undesirable’ contradicts a central feature of Christianity. It contradicts many other faith traditions as well, but I am not qualified to speak for them. Nobody at all should be spoken of as an undesirable.

This is a moral claim, not a descriptive one. Descriptively, anybody can be an undesirable if somebody else undesires them. From a Christian perspective, nobody ought to be undesired.

This is because of the logic of Christianity’s monotheism. Christianity first arose at a time when many people believed different nations had been created by different gods. This created the possibility of a kind of proto-postmodernism, where the moral system of one nation was incommensurable with the moral system of another. From the point of view of one nation, it might be right and proper to exterminate an enemy nation.

Christianity rejected all that from the very start. It has always been central to Christianity that all the world’s people are equally created, loved and blessed by the same God. The differences between one nation and another make no difference to the fact that God has designed all people to experience life as a blessing.

In this practical sense, monotheism has its own logic and the kind of polytheism that sets nations against each other has a different logic. To this extent, how we think about strangers reflects how we think of the moral structure of the world.

The rise of nation states from the sixteenth century onwards tended to set nations against each other again, but never with the logic of their polytheistic precursors. The rise of the secular state accentuated the trend, offering systems of government that allowed differences of opinion about that moral structure.

Thus what we are witnessing now, when homeless people are despised as ‘undesirables’, seems to me to have no theoretical justification at all. It is just a kind of gut response driven by fear that one’s own lifestyle is threatened.

Here is the moral challenge. When we see homeless people on the street outside our house – perhaps behaving in ways we disdain – how do we respond? Do we see them as threats to our own lifestyle, and just want them moved out of sight so that we can forget about them? Or do we see them as people in need, people we could help, people with as much right to a home and a full stomach as we have?

From a Christian perspective, nobody is undesirable. Everybody has been created by God to experience life as a blessing. When anybody doesn’t, that’s an injustice which needs to be put right.