The meanings in Christmas carols 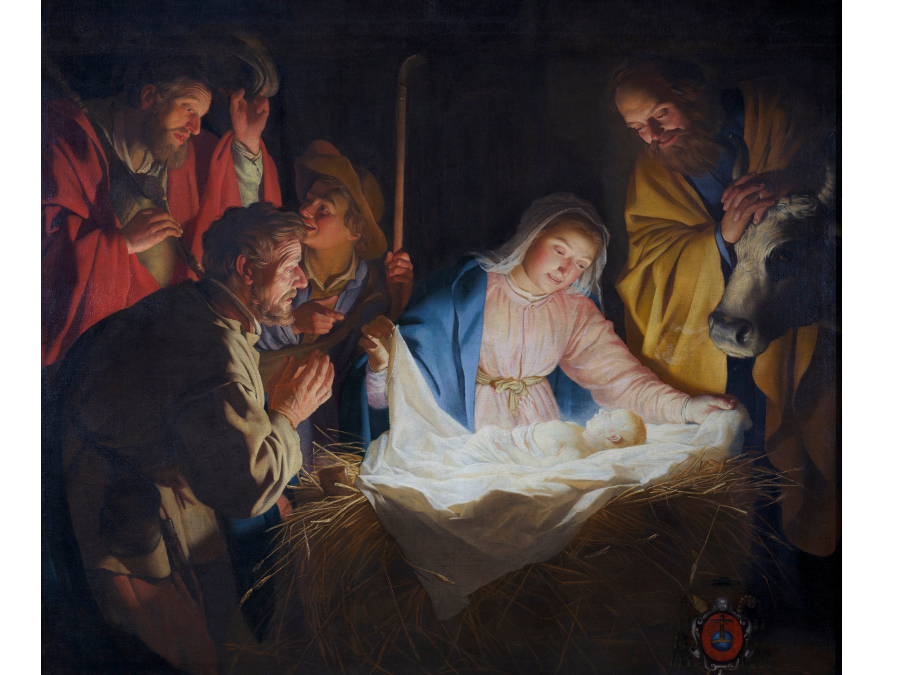 Christmas carols. I love the tunes. But the more theology I read, the more unhappy I become with the words.

There are exceptions, but most fit the medieval version of Christianity where the baby Jesus is a divine being along with others and became human for a while. A lot else is added in, but it’s the medieval theology that offends both theologians and secularists.

For political reasons ancient Roman emperors liked to have an empire-wide cult. It helped make their subjects feel they belonged. This was why the emperor Aurelian introduced the Festival of the Unconquered Sun in the year 274 AD. It was to be celebrated on the winter solstice, which at the time was 25th December.

Festivals like this were part of their culture. Beliefs about their gods were part of their understanding of how the world works. Sun-worship was common. The shortest day of the year is an obvious time to express gratitude for it, since everyone is looking forward to the days getting longer.

The festival had a meaning that everybody could understand. Far from being revolutionary, it was a celebration of the way things are. In six months’ time the days would get shorter again, until the next winter solstice.

Some time between 274 and 336, Christians in Rome started celebrating the birth of Jesus on 25th December. Extras got merged in. People had exchanged presents at the Saturnalia (17th-24th December) and had displayed greenery and lights at the Kalends (1st January).

James Taylor, in Douglas’ New International Dictionary of the Christian Church, seems to have disapproved of the date-stealing:

Sometime before 336 the Church in Rome, unable to stamp out this pagan festival, spiritualized it as the Feast of the Nativity of the Sun of Righteousness.

In practice they were less sniffy: join in the festival along with everyone else. Just give it a different meaning.

For those who asked what it meant, sun-worshippers had one answer, the Church another. If they were anything like us, most people wouldn’t have cared. They would have just enjoyed the festival. After all, we don’t normally stop to analyse why it’s appropriate to have a party 50 years after a relative’s birth.

So what is the Christian meaning, to replace that gratitude for the sun’s warmth and light?

What happened was characteristic of fourth century thought, which established so much of medieval Christianity. Beginning as an adaptation of the Festival of the Unconquered Sun, Christmas replaced the sun with Christ – another divine being ruling the world. As the Unconquered Sun had defeated divine enemies, so also – according to medieval theology – Christ had defeated the devil.

For those less impressed by battles between the gods, the birth stories in Matthew and Luke provided a colourful narrative with kings, shepherds and angels. If they were all we had, though, our carols would be horribly repetitive. School nativity plays would be too boring for words. We use our imagination to expand them.

Not exactly what the New Testament says. For all we know Jesus wasn’t born in mid-winter, let alone a bleak one. Artists, card designers and storytellers add in whatever seems appropriate for the kind of festival Christmas has become in their day.

In the process they create a nativity story radically different from what Matthew and Luke describe. It’s one thing to call the baby Jesus a king, quite another to treat him as someone the real king would panic about (Matthew 2:1-8). The singing of the angels fits our picture, but not the words of Simeon:

This child is destined for the falling and the rising of many in Israel, and to be a sign that will be opposed so that the inner thoughts of many will be revealed (Luke 2:34f).

Still, some meaning is there. The songs about Jesus, however confusingly they mix up the New Testament, medieval theology, modern sentiment and weather reports, still point to a real Jesus whose life and influence can be discovered by those who want to know.

When listening to music, I tend to alternate between Classic FM and Gold. At this time of year Classic FM broadcasts cathedral choirs singing traditional carols, with all the medieval theology that makes theologians wince and leads secularists to write Christianity off as a load of rubbish. Gold, on the other hand, plays popular music from the 1950s onwards, and has a wide range of secular Christmas songs for this time of year.

I haven’t done a careful study but the themes of most non-religious songs seem to be variations on ‘It’s Christmas so we’re happy’. There are limits to how often you can repeat it before it becomes boring. What’s needed is a narrative to fill it out – some equivalent to the manger, the shepherds and the wise men. So we get detailed descriptions of Santa and Rudolf.

Again there are exceptions. John Lennon’s ‘Happy Xmas – War is Over’ has the refrain ‘War is over if you want it’. This is certainly relevant to a celebration of the Prince of Peace.

But most of the time I find myself thinking the lack of meaning has been taken all the way. We’re happy because it’s Christmas. Why should Christmas make everybody happy? Don’t ask. Just accept that it’s time to be happy. I find myself wondering whether there is a link with the fact that depressions peak in January.

Aurelian’s Festival of the Unconquered Sun wouldn’t have worked if it hadn’t had some meaning, some account of why it was a good thing to do. People could look forward to the days getting longer.

Later, Christianity gave it a medieval Christian meaning. That meaning has now turned into pure escapism. It tells of a completely different world with events that never happen in our experience – a virgin birth, singing angels, a satnav star. If that’s what Christmas is about, we may as well sing carols about Cinderella or Harry Potter.

But traditional carols don’t hide everything. We must look elsewhere for clarity about why the birth of Jesus is good news for the world; but many of our traditional carols, for all their fascination with miracles and trivia, offer more than just an invitation to be happy because it’s time to be happy. They can still point us to good news worth celebrating.