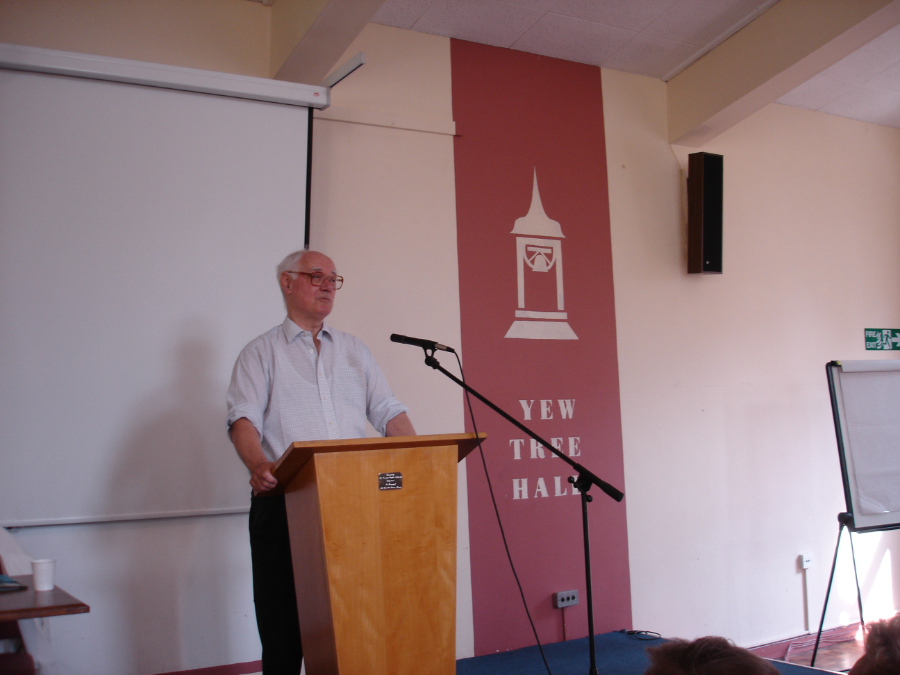 The name of John Polkinghorne came across my radar first in the early 1970s when as a brilliant theoretical physicist at Cambridge he taught a fellow natural scientist friend of mine. The next time I encountered the name we were both in theology. Polkinghorne had made the extraordinary shift from high-level academic scientist, a man who used to say that his natural home was CERN, to an Anglican ordinand and curate (he was ordained in 1982). He had begun to publish the books that brought him a wide popular audience in the science-religion field. His key thesis – that the sciences and Christian theology both investigate one world, the same world – emerged in books such as One World (1986), Science and Creation (1988), and Science and Providence (1989). Although John later nuanced his position on God’s action in the world, this last book remains a significant marker for an important type of position – that God uses the openness of physical process to effect non-energetic shifts in the outcomes of complex dynamical systems. Associated with that is John’s proposal of a ‘free-process defence’ to natural evils.

In 1991 I was able to invite John to Exeter to lecture both in the Physics Department and to general Christian audiences. This was the first time I had the chance to experience both his extraordinary gifts as a communicator, and his modest and engaging personal manner. He could have been mistaken for a slightly owlish Somerset farmer, until one witnessed his remarkable ability to engage with equal skill in highly technical discourse on quantum mechanics, and with non-specialist audiences on the theology of creation. When I asked colleagues at Exeter whom they would next like to invite to talk about the science-theology relationship, they simply asked for Polkinghorne again. It was a joy later to be able to nominate him for an honorary doctorate.

For the next twenty years our paths crossed often, and he was always that same courteous yet incisive self. Theologically, I see his most important books as being Science and Providence, a very lucid essay on eschatology entitled The God of Hope and the End of the World (2002), and his edited The Work of Love (2001), a collection of essays on kenotic creation inspired by the work of W.H. Vanstone. He also played a key part in the CTNS/Vatican Observatory project on divine action. Over twenty years he politely resisted both the strong body of scholars supporting quantum-level divine action, and neo-Thomist positions based on primary and secondary causation, preferring his bolder instinct that in larger-scale physical systems ‘epistemology models ontology’. He was famous and notorious for having this slogan printed on a t-shirt.

John espoused ‘the faith of a physicist’ (the title of his 1993-4 Gifford Lectures); his God is one who nudges physical systems to bring about the divine purpose, and one who raised the physical body of Jesus out of an empty tomb, an act that is a prolepsis of the ultimate fate of matter at the eschaton. His conversations with Arthur Peacocke, whose scientific concerns were more biological and whose theological instincts were less conservative, stand as an object lesson as to how two important scientist-theologians, priests in the same Christian church, can arrive at very different positions while reflecting on essentially the same data.

For his very many honours the reader is referred to Wikipedia and the like. Within the science-religion field he stands with Peacocke and Ian Barbour as one of three prime movers urging the field towards a critically-realist interaction between disciplines seen as equal partners in dialogue. Though the field has moved in more pluralist and postmodern directions since then, his contributions still post an important marker. In the politics of the field he was important in establishing both the Starbridge Lectureship at Cambridge, and the International Society for Science and Religion. But beyond that he inspired a huge number of lay audiences to explore ‘one world’, taking both the natural sciences and traditional Christian positions with the utmost seriousness. It is a great honour both to have known him and to have been part of the conversations he helped to set running.