We long for peace – clumsily

Roe v. Wade – What Would Jesus Do? 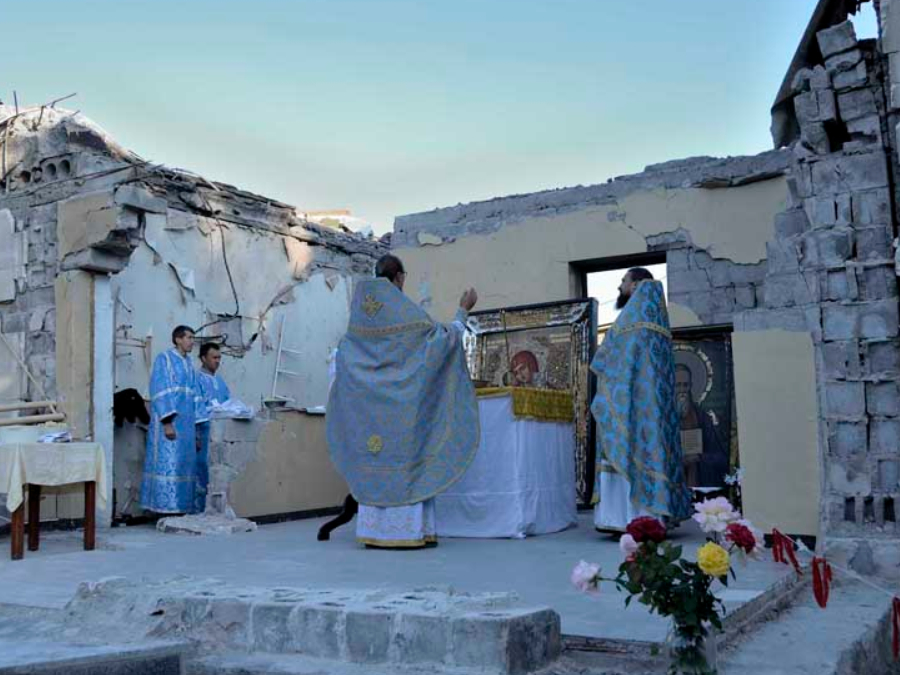 Worshippers at a bombed church in Kirovskoye, Ukraine

I have just attended meetings about Ukraine on three successive days. They have helped me ask: how should British Christians feel about it? Granted that most of us can’t actually help stop the war but may have a little influence, what should we want to happen?

This post develops some of the points I made earlier. I take it that God has designed the world to provide for everyone’s needs – so that we can all live in peace and harmony with each other. Without this insight, the Bible would be just a random collection of ancient texts. (Of course it is open to polytheists and atheists to believe that world peace is an impossible pipedream.)

Although we humans are capable of living in peace with each other, we have also evolved with a self-centredness that motivates us to fight off threats. Overall, the moral task facing us is to overcome our self-centredness for the sake of the common good. Many people have achieved this; Christians honour the example of Jesus, crucified in response to his public challenge to an oppressive regime.

We seem to have two radically different ways to respond. To explain what I mean, here is an analogy.

When two children quarrel, each sees the situation from their own point of view and fails to take seriously the other’s view. The issues at stake are simplified: their own side is in the right and innocent, the other side is evil. Wise parents take a wider perspective. They understand both children, and love them. They offer ways to defuse the situation in ways that can be seen to be just.

Much the same is true of adults. We condemn other people’s actions more easily than our own. We judge others by their actions but ourselves by our motives.

This is one of the reasons why praying is important. We all need to practise the art of reflecting on our own actions. We can become more realistic about ourselves when we ask how our actions would be perceived by God – or at least by other people.

Applying this distinction to the present war, the response that comes easily to our gut emotions is the tribalistic one. Russia is the West’s traditional Cold War enemy. Ukrainians are like us, Europeans with a democratic constitution. Our television screens have been full of atrocities committed by Russian troops. So we see the conflict in black and white. Us against them. We demonise the other side. What matters is to win. If we do, we would dearly love to rub the defeated enemy’s nose in the dirt.

This is the kind of outcome that paves the way for the next war. The best known example is the Treaty of Versailles at the end of the First World War. It generated so much resentment that the Second World War ensued.

But we can do better. Just as we can imagine wise parents adjudicating between quarrelling children, we can also imagine (though it is harder) a ‘God’s-eye-view’ that longs for the well-being of everyone involved, and seeks a just and lasting solution – a solution which will not stoke up resentments in preparation for the next war. If God really has designed the world so that we can live in peace with each other, how do we go about it?

It seems to me that we face two imperatives.

Recognise our own faults

One question I asked repeatedly at those meetings – with widely varying responses – was:

What have the Russians done in Ukraine that Britain hasn’t done in the last few years in Libya, Iraq and Afghanistan?

I asked in ignorance. I really don’t know, because I didn’t follow the details. My concern is that, if we are to seek a just and lasting peace, this is precisely the kind of question we should be asking. If we don’t have substantial answers, all our condemnations of Putin are mere hypocrisy.

Of course, two wrongs don’t make a right. Whatever atrocities Britain and the USA have committed in the past, they don’t provide a justification for the Russian invasion of Ukraine. My point is that a just and lasting peace requires us to take seriously our own faults as well as the faults of others.

Secondly, we must avoid demonising the enemy. Our black-and-white instincts may lead us to treating them as though they are not human beings like us, with the same kinds of hopes and fears.

God loves Putin’s victims, but also loves Putin himself. One of the talks I attended was an excellent one by Brandon Gallaher, an Orthodox theologian and co-author of the Declaration on the ‘Russian World’ Teaching. This Declaration is well worth reading for its own sake, but here I just want to draw attention to what it is doing. It is listening to what Putin is saying, and explaining why Putin is misdescribing Orthodox Christianity.

This is how to seek real peace. It respects the enemy and their concerns, offers genuine dialogue, recognises the strengths and weaknesses on both sides, and longs for the well-being of all.