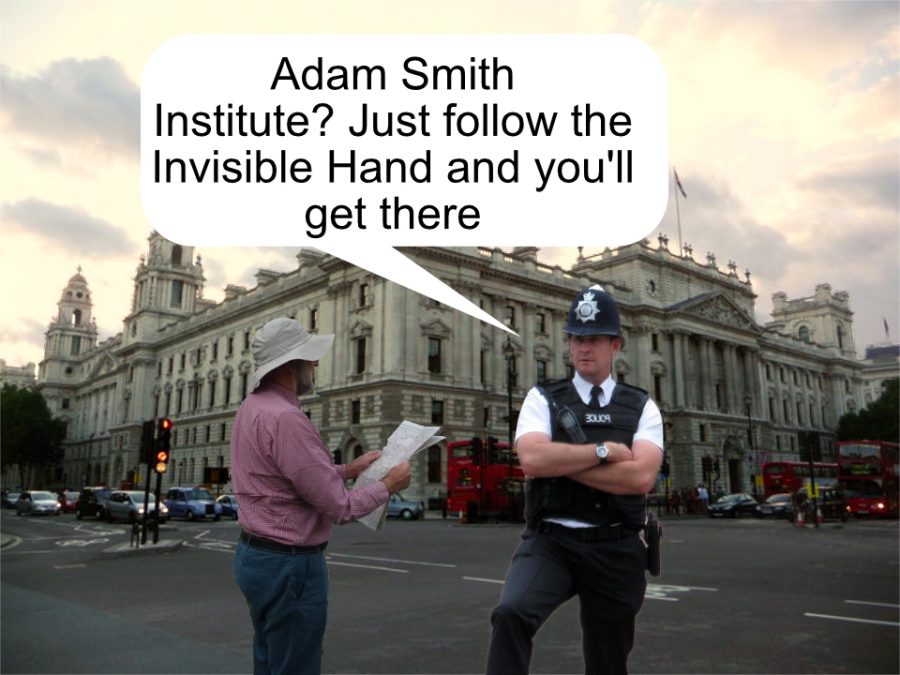 This is the second in a series of posts on wealth. Critics are increasingly challenging our dominant assumptions – not only because we are making more and more people hungry and homeless while the billionaires pile up: we are also fuelling the climate emergency.

This post describes the theological changes in eighteenth century Britain, up to Adam Smith but stopping before Malthus. Here, I believe, our ancestors took a major step in the wrong direction.

Do we have a right to own things?

At the beginning of that century John Locke’s economic theories were strongly rooted in Christian theology. His theory of property rights drew on the ideas of of medieval scholastics, to explain

how men might come to have a property in several parts of that which God gave to Mankind in common.

Starting, then, with the traditional Christian view that the world’s resources are provided for all people, why should anyone have private property? The act of making, he argued, confers a right in the product. Humans are God’s workmanship, so God has a right in us. We therefore have a duty towards God. Analogously, when a person makes things he or she can own their actions, including

the Labour of his Body and the Work of his hands.

Like the tenant of a house, we have a right to use our bodies and the products of our actions.

Bernard Mandeville’s The Fable of the Bees: Or, Private Vices, Public Benefits argued that general prosperity only occurs when individuals pursue their own private economic ends without consideration of the common good. The book was widely denounced as hostile to religion, and put on the Vatican’s Index of Prohibited Books.

Joseph Butler’s sermons at the Rolls Chapel, preached in the 1720s, opposed Mandeville. Butler argued that ‘self-love’, properly understood, is a virtue that coincides with public good. Human nature contains a variety of ‘internal principles’, some of which are ‘particular passions, appetites, and affections’. We also have a conscience, by which we ‘distinguish between, approve and disapprove’ our own actions. When we recognise the various elements in us, and the need to resist some of our passions, we can see that acting for the good of others is just as much in accord with our nature as acting for our own good.

Given the desires of the wealthy, it is not surprising that the idea of ‘self-love’ as a virtue took on a life of its own, shorn of Butler’s qualifications. The intellectual elite liked to feel assured that it is entirely proper to make as much money for themselves as they could without worrying about the effects on other people. To Samuel Johnson,

There are few ways in which a man can be more innocently employed than in getting money.

Josiah Tucker, Butler’s chaplain, stressed the importance of self-love so much that his bishop, William Warburton, once derided him for making ‘trade his religion’.

New gods for the new morality

This is the tradition that Adam Smith inherited. Smith refers occasionally to ‘Providence’, ‘the Deity’ and ‘an invisible hand’, and more often to ‘nature’ and the ‘natural’. Sometimes ‘natural’ is used normatively, to mean the way things should be. At other times the ‘natural’ is what happens by necessity, in accordance with the laws of nature. Anthony Waterman observes that Smith is often ambiguous about which meaning he intends. Thus Smith describes it as something like a law of nature that people should seek to maximise profit; so profit-seeking is ‘natural’. Does this make it good? The ambiguity enabled Smith to present as good what the medieval church had condemned as sinful.

Like Butler, Smith disagreed with Mandeville’s claim that self-interest was a vice; but he went well beyond Butler in The Wealth of Nations, by telling us that every individual, by pursuing ‘his own interest’,

frequently promotes that of the society more effectually than when he really intends to promote it. I have never known much good done by those who affected to trade for the public good. It is an affectation, indeed, not very common among merchants, and very few words need be employed in dissuading them from it.

Thus he could describe pursuing one’s financial self-interest as a virtue – despite the fact that The Wealth of Nations contains many examples of self-interest having harmful effects.

This was a complete about-turn in economic ethics. Financial self-interest without regard for the effects on other people had not only stopped being a vice: it had even become a virtue.

Smith was far from alone in this. He was following the trend of the time. It continued. In the 1790s Edmund Burke could say that

In the early nineteenth century Edward Copleston, Bishop of Llandaff, took the view that

Profit is in mercantile dealings what gravitation is in the system of the universe: and no problem is worth listening to, which supposes the absence of that universal principle.

Contrasting moralities. The Christian principle that God was giving the resources to provide for everyone had been watered down over time but was still there at the beginning of the eighteenth century. Locke could take it for granted. It was replaced by a moral imperative to make profits for oneself.

The new theory was that the wealth of the nation would be maximised if every individual pursued their own financial self-interest without regard for other people. It told the wealthy elite what they wanted to hear: that it was right and proper to accumulate as much money as they could without worrying about the effects on other people. This is the economic agenda we have inherited today.

Contrasting gods. As a moral imperative it needed some kind of moral authority. Smith referred to those vague entities ‘nature’, ‘providence’, ‘the Deity’ and ‘an invisible hand’ about which nothing more could be said. This did not matter since their only function was to give their blessing to financial greed.

Smith’s moral imperative is now the foundation of all modern capitalism. However it has lost its home. Locke’s theology was grounded in Christian social ethics: Smith’s was grounded in those shadowy deities that nobody believes in any more.

So divine permission to own things has disappeared from economic discourse. Students of politics and economics today are typically taught that property rights are positive rights: that is, they are granted by a government and its laws.

However, if this is all we can say about property rights, they are no longer morally grounded: they exist only because they are granted by governments. It follows that governments are free to abolish them whenever they see fit – and requisition whatever they want.

But this is not what capitalists want to believe. In practice the theological implications are still maintained today, without the theology. Property rights are treated as though they were more than just government decree – as though governments would be morally wrong to override them – but present day economic discourse cannot explain how. In retrospect Smith’s shadowy deities have been just a step on the way to abolishing all moral authority above the ruling classes. It suits the ruling classes to maintain the myth that the values they impose are more than just their own self-interest. We live with the contradiction.

Contrasting objectives. Locke was clear that the right to own property could not extend to depriving others of what they needed. Thereafter, the moral duty to promote economic growth could be seen as an indirect way of meeting the needs of the poor. But it didn’t need to be. For most of the time since then it has proved politically acceptable for a minority to be driven to ever-greater poverty in the name of economic growth for the nation as a whole. As E J Mishan observed in the 1960s:

If within these wealthy countries the pubic conscience is unperturbed by the existence of a small minority of very poor people, many of who are too old or too sick to take care of themselves, we might as well admit it. It is hypocrisy to pretend that the only way to help them is to create more wealth by growing faster when, in fact, the share of the underprivileged minority in the annual increment of output is negligible.

When you invest in the stock market, you may make yourself richer. Who else will get richer, and at whose expense, you will never know. When you give a couple of pounds to a beggar on the street, you will fill a stomach and fulfil the intention of Christianity’s God.