Would you trust a Tory?

Revd. Dr. John Prysor-Jones: Are there limits to our tolerance? 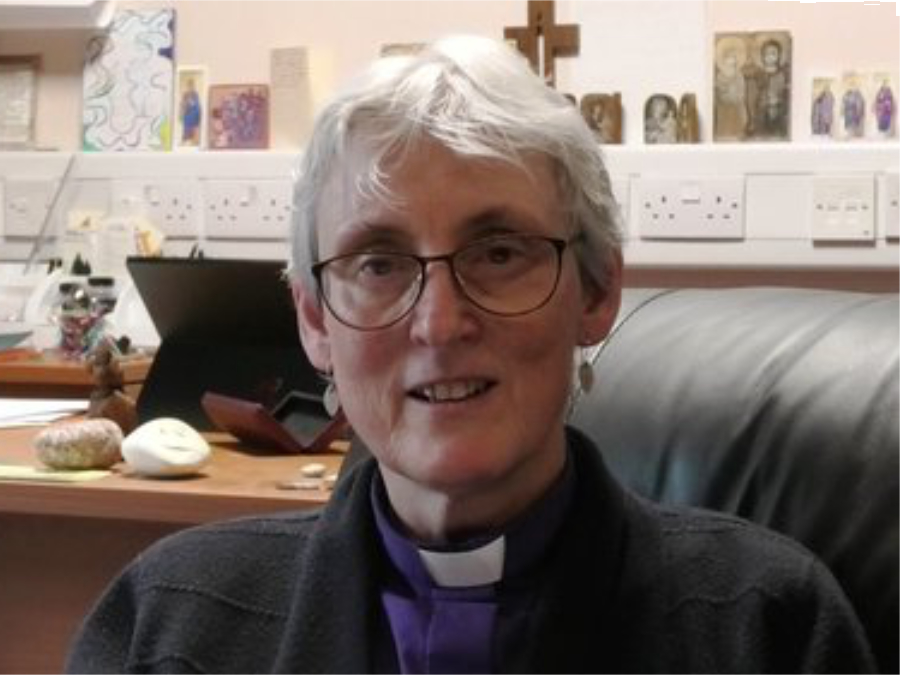 Think before you tweet. The Bishop of St Davids, Dr Joanna Penberthy, tweeted:

The #Tory party have been scheming to abolish the Welsh Assembly since its inception. They say this is not true but we know better. Just think of the lies of #Boris Johnson. NEVER TRUST A TORY.

It went out on 25th March. Nothing happened for a few months but on 8th June Simon Hart, Secretary of State for Wales (and therefore a Tory) complained to the Archbishop of Canterbury, Justin Welby, that Penberthy had used her public position for

divisive, ill-informed comments. It does not reflect well on the Church in Wales’ reputation for tolerance and inclusiveness

many of the Church in Wales’ staunchest supporters may have political views at odds with her own.

To other MPs he used stronger words:

It wasn’t just a casual aside, it was a full-scale, consistent, sustained, and bitter and unpleasant attack on people who chose to have a different political output to her.

If it’s that bad, we wonder why it took so long to respond at all. Welby replied that he was

deeply embarrassed by the use of such language by a church leader. It is absolutely unacceptable, and I am truly sorry. I am especially sympathetic because I am very well aware of what it is to be trolled in this way (including by people of all shades of political opinion). It is intolerable, and I am determined to work with my sisters and brothers to find better ways to express disagreement.

Why involve Welby, who isn’t responsible for the Church in Wales? Because the last Archbishop of Wales has retired and hasn’t been replaced yet. Still, Wales does have a senior bishop, Andy John the Bishop of Bangor. His reply to Hart said the Church

does not discriminate and I regret the impression that has been formed that we favour one political viewpoint over another.

The Church in Wales share with our political leaders a longing for a better, fairer, more just society where discrimination and poverty are consigned to history.

What does it tell us?

In this entertaining spat I find I’m not impressed by anybody.

As a Twitter teetotal, I think she was right to delete her account. It’s too easy to express thoughts as though you were chatting with close friends – and you aren’t. If you are a public figure who wants to use the technology, delegate your phone to a bureaucrat to check the wording.

I have no idea whether the Conservative Party are scheming to abolish the Welsh Assembly. However it has become standard fare for governments to make secret plans for an unpopular change while publicly denying that any such plans exist. It’s no secret that many in government circles are looking for ways to abolish the National Health Service. If the tweet had said ‘Never trust a politician’, even Simon Hart would have been reluctant to dissent from such a popular sentiment.

When Welby speaks of finding ‘better ways to express disagreement’ he is drawing on his experience in reconciliation work – not least the Church of England’s disagreements over same-sex partnerships. The trouble is, even in the case of same-sex partnerships he isn’t finding them. From the perspective of the LGBT community it looks as if he is bending over backwards to appease those with the most money. It isn’t difficult to imagine that the same is happening here. Would a ‘never trust a Communist’ tweet have provoked the same response?

On the Welsh Assembly or any other Government plans, what good way is there for a bishop to challenge the deceits of politicians? The tweet was badly worded, but it hit the nail on the head: we have good reason not to trust the people who govern us.

John’s response brings more clarity. It is less carefully worded, and obviously false. After denying that

we favour one political viewpoint over another

he explains its opposite: that

The Church in Wales share with our political leaders a longing for a better, fairer, more just society where discrimination and poverty are consigned to history.

Let’s get a handle on reality here. To want a fairer society which consigns poverty to history is to favour one political viewpoint over another. For 45 years, in the UK, the rich have been getting richer and the poor poorer. Over the last 10 years the numbers of homeless people have shot up. The numbers of people dependent on food banks has been growing and growing. These things are happening as a direct result of government policies. There is no doubt about this: the information is freely out there. I find it difficult to believe that the bishop doesn’t know this.

In reality, some political leaders long for a better, fairer, more just society but we are governed by people deliberately doing the opposite. Of course they can explain why they are doing the opposite – they have their reasons – but they are not longing for a society the opposite of what they are achieving. John’s words are perfect politeness, perfect deference to his political masters. Inequalities of power always generate sycophancy.

Behind all this is a contradiction that lies deep within British culture. I described it in a recent post here. It originated at the end of the seventeenth century, as a means to bring the religious wars to an end. The chosen solution was to redefine ‘religion’ and ‘politics’ so that they had nothing to do with each other.

The problem with this is that Christianity – and for that matter Judaism and Islam – always did have a lot to say about how society should be governed. To forbid church leaders to say anything about all the things politicians do is, in effect, to take the Christianity out of Christianity.

But this is what happened, and it still determines the limits to public debate. Many politicians genuinely believe that what they are doing is absolutely nothing to do with religion – so church leaders who do have something to say are firmly reminded to climb back into their religion box.

At the same time most church leaders understand that their role is to avoid political debate – either because they agree with the reduced role for religion, or because they don’t want the torrent of abuse that Penberthy has suffered.

I can’t help suspecting that this is part of the reason for the continuing decline in church attendance. A juster, fairer society and the abolition of poverty are values deeply embedded in the Bible and the Christian tradition. If the churches leave all that to politicians and refuse to pass judgement on whether the Government is making things better or worse, committed Christians may as well ignore the churches and just get into politics.

In the present ecclesiastical culture church leaders are deeply anxious about declining numbers. Their anxiety governs most of their initiatives. They don’t want to do anything that would put churchgoers off. Simon Hart’s complaint cuts deep. They want fewer Penberthies.

It’s counter-productive. Being careful not to disagree with anyone, in case they are put off, means not agreeing with anyone either. It means not offering anything that anyone might agree with. Let’s have more public disagreements about things that matter. We need more Penberthies, not fewer.