Holy Week and the possibility of different values 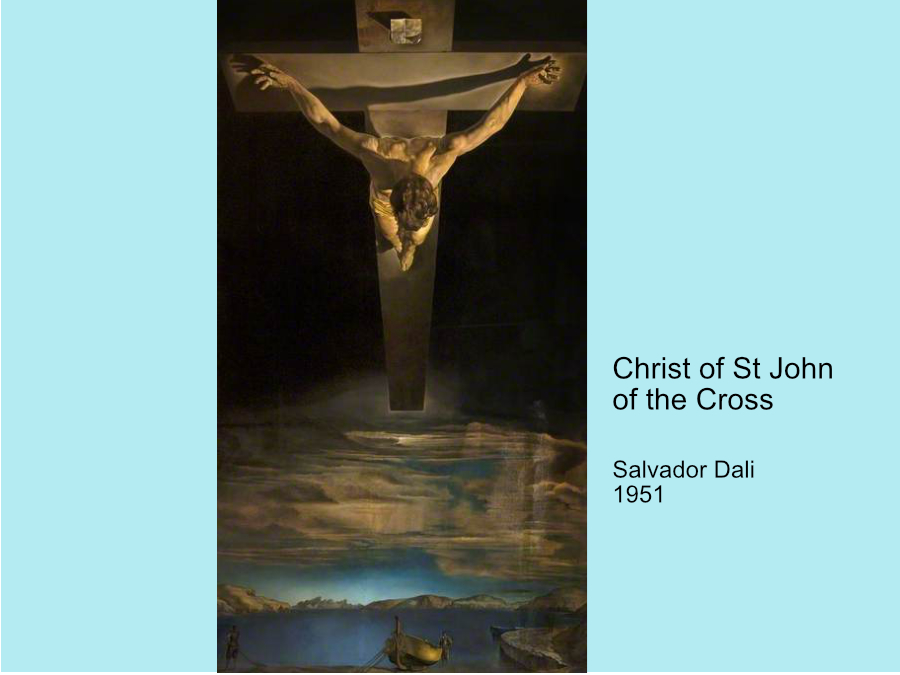 Unusually, last week I watched the BBC’s Question Time. I was left feeling the issues were being debated strictly within the media echo chamber. Perhaps Holy Week is a good time to reflect on what it takes to hear voices from outside it.

First up, climate change. Are we doing enough? Most of the debate was around nuclear power and wind farms: in other words, how to replace fossil fuels with other forms of electricity. Nobody even hinted at the possibility of managing with less electricity. It was as though we absolutely have to carry on producing it at the rate we are doing now. Had none of them ever noticed that the nation’s shops contain huge quantities of manufactured goods that nobody needs? Even food – which we do need – arrives in the shops in far greater quantities than actually get eaten.

The second question was about Ukraine. What should we do? ‘We’? The British Government, of course.

Again technical issues were debated, as though there was nothing deeper to discuss. What would a no-fly zone mean? Might Russia use nuclear weapons? Again the discussion got no deeper. So are we all still imperialists? Is it beyond question that ‘we’ lay down the law about what Putin should do, assuming he knows he should obey us? Yet everything Putin has done in Ukraine, appalling as it is, has also been done by Britain over the last few years – in Libya, Iraq and Afghanistan.

The suffering caused in those places didn’t fill our television screens the way Ukraine does, but having your town destroyed by bombers is a tragedy whether or not it gets broadcast round the world. I was particularly disappointed that Justin Welby, the Archbishop of Canterbury, was on the panel but didn’t break the mould. Had he been briefed to meld seamlessly into the programme’s expectations? If so, that itself speaks volumes.

Others have pointed out the hypocrisy of all this, especially from one of the world’s biggest arms exporters. There was talk of trying Putin in the International Criminal Court. I wondered whether someone might mention Tony Blair, but no. One cannot help suspecting that, at least at government level, all the condemnations of Putin are really just today’s rhetoric in the ongoing power struggle between west and east. We are right, they are wrong. We know because we watch our television channels, not theirs. If we can’t do better than this, there will be no end to wars.

These two issues – climate change and Ukraine – are enough to make my point. The issues were trivialised by a flagship media programme. The programme organisers judge what can be aired on the basis of what they think the public mood is. In reality they represent the political-cultural establishment, the dominant classes. Those people have been brought up to think the consumerist lifestyle of affluent westerners is normal (it isn’t) and abandoning it would be a disaster (which it may be, depending on how well it’s organised). They have also been brought up to take for granted how the world is dominated by the USA with its satellites like Britain, and treat alternative possibilities as too extreme.

It’s not that I’m surprised. In a secular society it is almost inevitable. When a society doesn’t recognise any moral authority above its ruling classes, there seems to be no standpoint from which to challenge them. It is as though they are above contradiction.

In a sense, Boris Johnson’s constant lying is a pantomime version of this. He gets away with it because he is Prime Minister, and Conservative members of Parliament feel obliged to defend him by repeating the lies.

On the matters of climate change and war, a great deal more is at stake. We need to distinguish between real debate about what to do, and merely echoing the values approved by the Establishment. We urgently need to hear voices from outside the echo chamber, voices offering better alternatives.

To me, Holy Week is a supreme example. Jesus had a vision of a better world. He started a movement in poverty-stricken Galilee. He led his followers to Jerusalem in time for the Passover festival. He claimed that his movement, not the Temple priesthood, was the true successor to the Hebrew scriptures, and he was prepared to sacrifice his life to promote it. He performed two provocative public actions: the Palm Sunday procession and the event euphemistically described (despite the absence of detergent) as ‘the cleansing of the Temple’. The provocation was seen for what it was, and he was killed.

He was right. It did change the world. His proclamation of a better way became Christianity. For many centuries it challenged all political power structures.

Today of course Christianity has been largely domesticated, in the interests of the power structures Jesus challenged. But he showed that it can be done.

My generation, the baby-boomers, has largely failed. Its main hopes for the future have been the wrong ones: more and more consumption, expecting the rest of the world to become more like us.

Maybe some of our grandchildren will do better. First they will need to hear voices from outside the echo chamber. Then they will need to be inspired to action. And if they are to succeed, they must accept that some of them will be killed.

A tall order. But it has been done before, and it has worked.