How did Jesus heal people?

The Church Must Die To Its Self 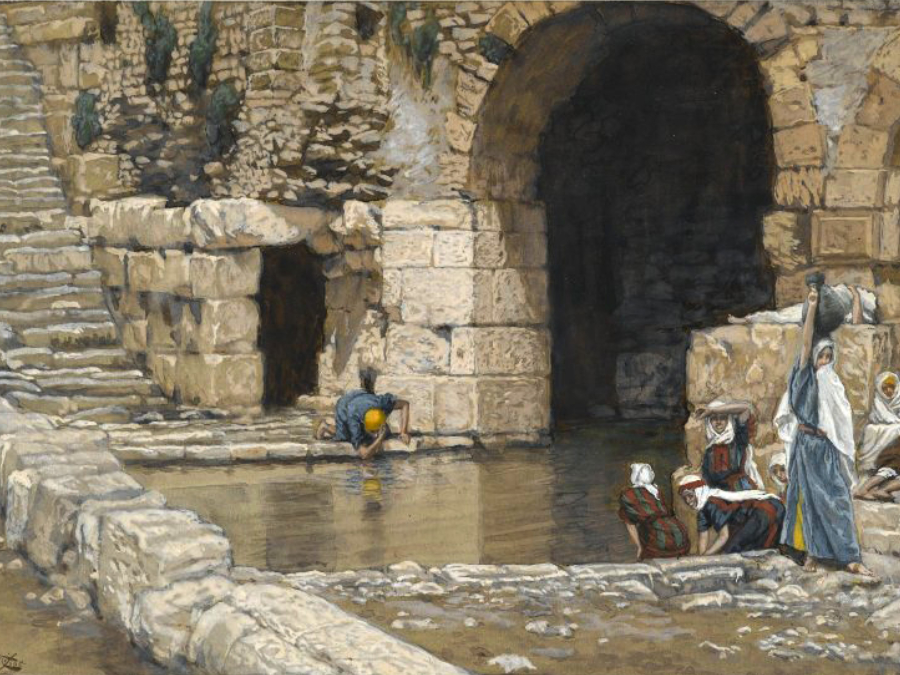 According to the gospels, Jesus often healed people. To us his healings seem weird – so unlike what we expect from doctors.

Some people have explained them away, as an ignorant society’s misunderstandings of what must have really happened. Some have treated them as miracles only Jesus could do. But on this matter we, not Jesus, are the odd ones out.

After the Second World War medical teams went round the world introducing western medical technology to Third World countries. They assumed people suffering from illnesses all over the world would welcome modern western medicine with open arms.

But that wasn’t what they found. In one country after another, the locals said ‘Your modern medical technology is good for treating some illnesses, but for most illnesses our traditional methods work better.’

So the next batch of westerners going round the world were medical anthropologists. Their job was to find out why modern western medicine wasn’t welcomed the way they expected. What they found was that there are three main differences.

Our society is very individualist. Modern medicine looks at the individual. You may tell your doctor about stress at work or family worries, but the doctor’s main duty is to understand what’s going on inside your body.

Traditional healers don’t know much at all about what is going on inside the body. They don’t think of people as individuals. What they focus on is how the individual relates to the community. We are all part of each other, so illness in one person may express something about the community they are in.

Modern society identifies us by what we do. We expect a healthy person to be busy earning money. Doctors may feel under pressure to make a clear distinction between people who are fit for work and people who aren’t.

Traditional societies identify people by their role in the community. There is no presumption that everybody ought to be doing something. What matters is who you are, not what you do.

Modern society expects us all to be planning for the future. We tend to sacrifice the present for the sake of the future. This is why we have so many insurance policies, bank accounts and pensions.

Traditional societies are more inclined to live in the present. They don’t plan for the future so much.

There are some illnesses which only modern medicine can cure. If you have appendicitis you need that appendix taking out. Traditional healers can’t do it.

On the other hand there are some illnesses which modern medicine can’t do anything about but traditional healers may be able to help with. You may have your own stories about this. Mine is that I suffer from Chronic Fatigue (ME). Modern medicine doesn’t have a clue what to do about it. What has helped is adapting to a different lifestyle, less about doing and more about being. This is what a traditional healer would have focused on.

To this extent Jesus was doing the kind of healing that traditional healers have done all over the world for thousands of years. It is also true that he had his own distinctive way of doing it – after all, his healings generated so much controversy that his opponents got him killed – but that’s another story, which I’ll leave till later. In this post I’m focusing on what he had in common with other healers of his time, and what we may learn from them.

What is good health?

Some people deny that there is any such thing as good health. Instead, each of us just is what we are. If this is true, it seems that while a boob job or circumcision, or lung cancer from smoking 40 a day, makes our bodies different, we have no right to describe them as less healthy: that would impose a value judgement on the way evolution produced our bodies.

Most of us, though, think there is such a things as good health. This is why some of us are forever being sent for blood tests and told our cholesterol is too high, our blood pressure is too high, we need to lose weight, etc, etc. It is an idea our society has inherited from the Bible, with its claim that God has designed us to live lives of blessing.

But this leaves open the question of what a healthy body is like. On this point, although we benefit greatly from modern medicine, there are still things we can learn from the kinds of healings Jesus did.

Our bodies are limited

Modern culture, with its stress on individualism, can make us feel that ideally everybody should be able to do everything for themselves without needing help. But the way God has made us is the opposite. We all began life helpless and in need, and we shall probably end it helpless and in need. We each contribute in our own way and receive in our own way. There is no such thing as a self-made man – as every woman knows. Each of us is part of a community, needing to receive from others. Most of us can also give to the community. We have good health not when nobody needs help, but when the community can provide all the help needed.

Modern culture generates agendas. It constantly wants us to produce more, consume more and get richer. It therefore drives people to do more than their bodies are designed for, thus increasing ill-health.

Even if only to protect the environment, we should be doing less. Most of us, for a good stretch of our lives, enjoy doing things to contribute to the common good. This would be enough, if it wasn’t for the oppression caused by the unnecessary agendas.

The future is limited

Delayed gratification may be necessary in some circumstances, but our society pushes us to do it too much. If we sacrifice the present for the sake of the future, when does the day arrive when we no longer need to make those sacrifices? When we are too old and frail to do much? When we can no longer enjoy life the way we used to? Enjoying the day must surely be an important part of good health.

These are my thoughts as I too slow down towards the end of my life. You no doubt have your own experiences. Please feel free to add a comment telling us how you feel about it.

Leave a Reply to Why were the healings of Jesus so controversial? – Modern Church Cancel reply