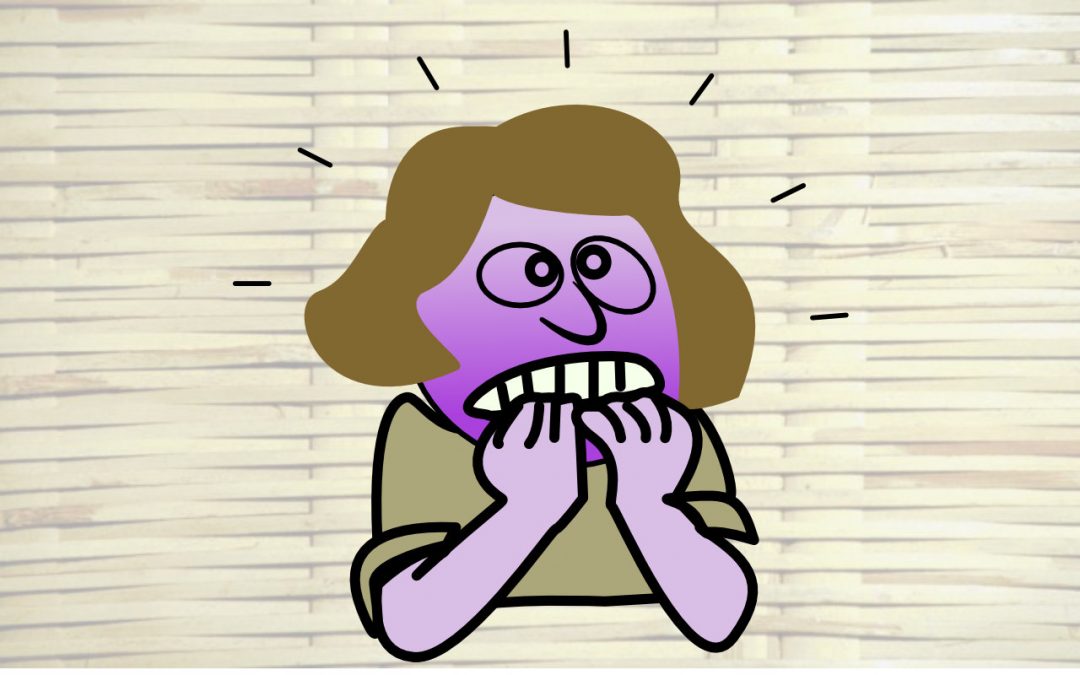 As I look back on my life I realise how many times I have worried unnecessarily. If only I had trusted God completely, I would have saved myself so much turmoil.

I gather Nicky Gumbel said this. It’s the kind of statement that can help or hinder in large measure, depending on who it’s being said to and when.

It sounds as though all you have to do is trust God completely, and all will be well. Or at least, you will have less turmoil. But is this always true? What about the refugee desperate to find somewhere to make a home and settle down? What about the starving? The people being tortured? What about those parents at the border between Mexico and the USA, who had their children taken away? Isn’t it a bit patronising to tell them to trust God and dispense with inner turmoil?

In my experience the advice not to worry gets misused in two ways. One is the rather obvious one, attractive to people living comfortable lives. It tells them not to care about the suffering of other people. This is as un-Christian as anything could be.

The other misuse is by determinists. Calvinists often respond to disaster by saying it must have been God’s will. The underlying belief is that God micromanages everything.

To the most powerless people, helpless in the face of suffering caused by other people, it is a psychological comfort. It is a way of avoiding the conclusion:

I am at the bottom of the pile, nobody cares about me, so I just have to endure the suffering, now and always.

Instead, it invites a more positive conclusion:

I am in the place where God wants me, everything I endure is intended by God for a greater purpose and God knows best.

Psychologically helpful it can indeed be, but you have to believe in a pretty horrible God.

These two applications of the ‘don’t worry’ theme are in a way two sides of the same coin. They tell the comfortable that they don’t need to worry about the distressed, and they tell the distressed that they don’t need to worry about themselves. Inequality is reinforced, both because there seems to be nothing wrong with it and because any attempt to reduce it looks like unnecessary worrying.

So what’s the helpful use of the ‘don’t worry’ theme?

Do not worry about your life, what you will eat or what you will drink, or about your body, what you will wear. Is not life more than food, and the body more than clothing? Look at the birds of the air; they neither sow nor reap nor gather into barns, and yet your heavenly Father feeds them. Are you not of more value than they?

So said Jesus, according to Matthew 6:25-26. At the time there was widespread starvation, along with the illnesses caused by malnutrition. Jesus will have said those words to people who had every reason to worry about food and clothes.

It seems a bizarre thing to say to them, but in theological context it makes sense and provides us with a positive case for not worrying.

The context was something like this, though scholars debate the details. Jesus was defending a traditional Jewish view of God against both the majority view of his time and a theory that had developed within Judaism.

The majority view was that the world was governed by a variety of different gods doing different things. Tragedies and illnesses were usually explained either as the gods being angry with humans, or as the gods falling out with each other. To a destitute person the message was:

You don’t matter. The gods don’t care for you, so why should any human care for you? Your life is worthless.

Klauck lists epitaphs which express this view, such as this one:

The contrasting Jewish view was that the world had been created by a single god who designed it to be a blessing. Everybody matters; and it matters that everybody should experience life as a blessing. When some don’t have enough to eat, that’s injustice. At the time it was pretty obviously the case: Galilee was fertile land producing plenty of food, but high taxes meant there wasn’t enough left for the Galileans themselves.

However, Jews struggled to explain why God allowed good people to suffer. One answer was that suffering was God’s punishment for sin. This theory put an extra burden on the most disadvantaged: on top of their poverty and illness, it gave them guilt.

When Jesus told those destitute people not to worry, he seems to have been defending the main Jewish insight against both these alternatives. Against polytheism he told them that God cared about them and had provided enough resources for them to live lives of blessing. The fact that they didn’t have enough was a matter of injustice, which God also cared about.

Against the guilt theory he told them that God accepted them as they were and was not punishing them. The reason for their suffering was injustice perpetrated by other people.

However this didn’t relieve them of their practical sufferings. It still left them ill and hungry. On this matter Jesus seems to have been quite pragmatic. Those poverty-stricken Galilean peasants couldn’t change the economic order. They couldn’t drive the Romans out. But there was something they could do. They could apply God’s justice in their own dealings with their neighbours. They could care for each other as though everybody mattered. They could share their food with each other and reassure each other that God accepted them as they were.

The tension between these perspectives is still with us. Ancient polytheism has been replaced by modern atheism, which insists all the more emphatically that we don’t matter. The whole universe is an accident of automatic processes. We create our own values, so any sense that anyone or anything matters is an invention of our imaginations.

We still have powerless people who spend their lives being mistreated by others and can’t do anything about it. Some of them blame themselves. Others trust that God is making it happen for some unknown good purpose.

And we still have people who believe that in the grand scheme of things, from the perspective of the forces maintaining the universe, everybody matters, everybody is designed for blessing, justice for everybody can be achieved, and everybody can play their part by caring for others.

Leave a Reply to Stephen B Cancel reply