Signs of the Times Summer 2019 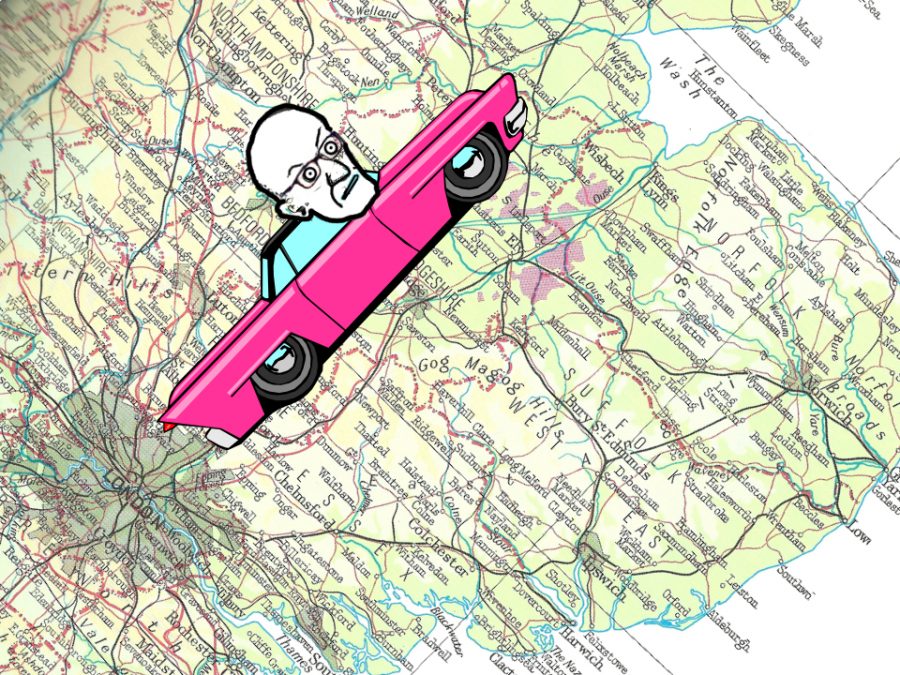 Dominic Cummings’ trip to Durham has become big news. When law-makers break their own laws, fury results – especially from people who have struggled to obey them.

What does this tell us about law-breakers in high places? What does it tell us about ourselves when we react in anger? This post is about the general principle, not the specific case.

The view from the bottom

Psychologically, we can see it both ways. From the bottom, it’s hypocrisy. The person in high places obliges the rest of us to obey the law but doesn’t obey it himself. He says one thing but does another. He is looking after his own personal interests while denying the same personal interests to other people.

Most people resent this. If we have to obey the law, why doesn’t he? Or to put it another way, if he can drive 260 miles during the lockdown, why can’t we?

If we think about this resentment it reveals a presupposition. We are presupposing a principle of equality. We expect that all should be equal before the law. When people exempt themselves from rules that apply to everyone else, we sense that an important boundary has been crossed. We sense that it matters, even if we can’t explain why.

The view from the top

From the top it looks different. Unlike other people, we are in charge of the rules. We can change them when we see fit to do so. It seems natural to take for granted that the rules are there for other people, not for oneself. 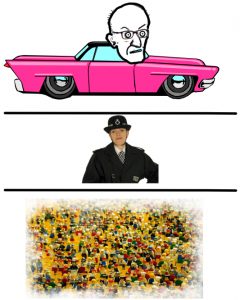 If this view from the top seems inexcusable, or even absurd, that’s because of the values we have learned. In other societies it has been normal for thousands of years. In the pagan society of ancient Rome the idea that the ruling classes should obey their own laws just didn’t arise. It wasn’t expected. Nobody could make them do it and they had no intention to. Similarly, Gerhard Lenski describes social relations in Dahomey, an African state that existed from the seventeenth to the nineteenth centuries in what is now Benin:

Even the highest ministers of state in Dahomey had to grovel in the dust when in the king’s presence, and throw dirt on their heads and bodies. No one could appear in his presence with his shoulders covered, or wearing sandals, shoes, or hat. No one could sit on a stool in his presence; if they sat, they were obliged to sit on the ground. The king’s wealth was enormous, as suggested by the fact of his thousand tax collectors.

Those demands ritualised inequality. They rubbed it in: the king is different from everyone else and is not expected to behave like them.

Today, of course, no British politician would publicly admit that they believe in this kind of inequality. They do not flaunt their power in the same way. They pay at least lip service to the principle that all are equal before the law.

However, the belief that the ruling classes are different, and should be exempt from the rules imposed on others, is not far under the surface. Those who move in elite circles hear it often enough. Rulers nearly always invent justifications for their power.

Today’s justifications are different from those of ancient Rome and pre-colonial Dahomey. A common argument is that we have evolved through competition, with the strongest determining the direction of change while the weakest die off. If this is the way we really are, why should we all be equal before the law? Why not have one law for the rich and one for the poor? Or one for the powerless while the powerful are free to do whatever they like?

Which do we believe?

One encouraging feature of the Cummings episode is that nobody is publicly denying equality before the law. Nobody is saying he has the right to ignore it while others have to obey it. Our society wants to keep the equality principle.

Yet we aren’t sure why. Given that so many societies have managed without it, why is it so important to us?

In Western societies the principle of equality is primarily a product of Christianity; or more precisely, the monotheism expressed by Judaism, Christianity and Islam. Humans are unequal in many ways. What makes us equal is that we are all created and loved by the same god. The highest, truest values are God’s values. God loves us all equally so we get our values right when we treat each other as equals.

Our modern secular society doesn’t want to know this. It wants to keep the principle, without any mention of God. As a result, it cannot explain why we should be equal before the law.

If we can’t justify the principle, we can easily lose it. After all, there are plenty of powerful people who don’t want to obey the laws they impose on others. 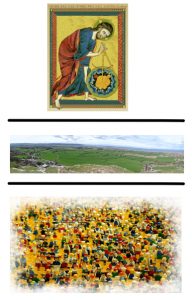 So instead of the three-level hierarchy that sets human rule-makers above everyone else, we might think in terms of a different hierarchy. At the top is God. The second level is the world created by God to provide for us best when we follow God’s intentions. The third level is the whole of humanity, equally part of God’s purposes, equally loved by God even though some seize power over others.

This is the sense in which ‘we are all in it together’. We are all at our best when we accept our equality under God.