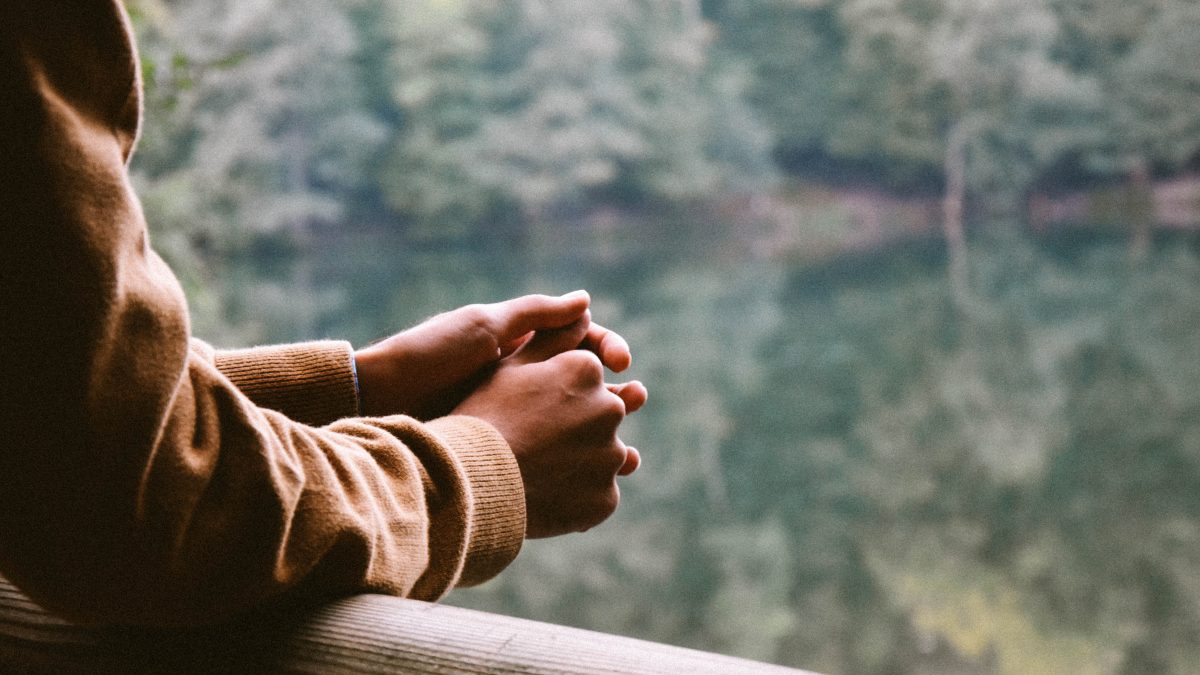 ‘You will not fear the terror of the night,
nor the arrow that flies by day,
nor the plague that prowls in the darkness,
nor the scourge that lays waste at noon.’ (Psalm 91:5-6)

I often tell people that I owe my faith almost entirely to the influence of my Grandmother. Not unlike Origen of Alexandria whose Father’s martyrdom shaped his faith, or Augustine of Hippo whose Mother Monica marked him deeply, my Grandmother’s influence on me has been lasting and deep. My Grandmother was an orphan, born in Cuba to a Jamaican mother- we know almost nothing about her early years, still less how she came to be born in Cuba in the first place. Somehow she arrived back in St Thomas, a parish in the southeastern end of the island of Jamaica where the Morant Bay Rebellion of 1865 took place. It was here that my Grandmother dwelt, walking miles for water in the early darkness of the morning and treated like a servant by relatives who failed to claim what they considered a “bastard-pickney”. In London, to which she journeyed just after the Windrush arrived, she would recall these moments from her early years, often looking me in the eye and saying: “Jarel, we’re coming from afar…don’t you ever forget it”. I never knew what she meant, nor what she wanted it to mean to me, but it stuck.

What I haven’t yet told you is that in her primary school years my Grandmother was adopted by a schoolteacher, (an act she would recreate in her own life when she took my sister and I in, in the absence of our parents). Born in 1930, this was a time when adoption was as simple as taking the child home and letting whoever was ‘caring’ for them know you were taking charge. It was through this random act of kindness that my Grandmother encountered God. She would tell me time and time again, how her life changed from eating alone in the kitchen to sitting around Mrs Gordon’s family table and how she would often hear her sing the song “He’s Got the Whole World in His Hands”. And Nan in her little childhood mind would stop and think…if God can be that big, that caring, that concerned for the world…then he really must be able to handle anything I face. Till her dying day, I can recall her telling us about this – and putting her hands side by side and imagining the hands of God carrying the world. Of course, this world – this mid-pandemic world isn’t one I can imagine her surviving. Black people are four times more likely to die from Covid-19, many of the disproportionately affected BAME folk are key workers, and we know that it is a virus that particularly targets the elderly. Indeed, this world and this pandemic are harrowing – sometimes I wonder albeit fleetingly: ‘are God’s hands big enough for this…and where the hell are they’?

For about the past ten years at least, the words above from Psalm 91 have passed my lips before drifting off to sleep every night. To many they will sound familiar, perhaps because you too pray ‘Night Prayer’ often called ‘Compline’. I say these words, partly because I grew up watching my Grandmother pray every day, but moreso now as part of my own commitment to daily prayer as a Benedictine Oblate. St Benedict, a 5th century Italian monk who left the chaos of the world to follow Jesus lays out particular psalms for the prayers said by the monks in his community before they sleep. Psalm 4, Psalm 91, and Psalm 134 are said by all Benedictine monks and nuns (and many others) all these years later – day by day, week by week, year by year, century by century. So familiar are they to me now, that I can recite them without my prayer book handy – no doubt the whole point of having the same unchanging psalms for eternity…!

At Compline, we have the opportunity to review the day – those moments when I haven’t been all I could be, said hurtful things, done things which I may regret – it is a moment in the day to come clean with God, to examine the depths of the heart in a clearer light. To arrive at the last prayer of the day is a reminder in itself that despite how you have lived…God has, once again been faithful – God has seen you through another day, you have seen another day of life whether good or bad. ‘O Come Bless the Lord, all you servants of the Lord, who stand by night in the house of the Lord!’ we say in Psalm 134. Indeed most nights, it is easy to be thankful to God – a heart full of gratitude for the people I have encountered, the tasks I have fulfilled, the food I have enjoyed and the harm I have avoided. Praying the words of Compline in the midst of this pandemic however, has led me to contemplate so many things as I sit in the comfort of my room praying now in a world where genuinely as a result of Coronavirus:

‘Upon you no evil shall fall,
no plague approach where you dwell –
For you has he commanded his angels,
To keep you in all your ways’ (Ps 91. 10-11)

Then I remember something of the simple faith of my Grandmother, which somehow serves as an antidote to my inability to pray as I ought. “We’re coming from afar” I hear her say – and in the psalms and through the liturgy of the Church I come to know what she means. That we, regardless of colour or creed, are not the first to stand here asking ‘why?’ and we shall not be the last. It is in prayer that I am reminded of the long history of which I am a part, not just as one who descends from a people who were captured, dehumanized, tortured and enslaved – but reminded of a God who in joy and sadness, freedom and oppression, travels alongside God’s people – who in the wilderness moves amongst them as the rock from which they were hewn, and on the plantation sounded as the trumpet in the soul, calling in the lightning and the thunder ‘steal away, steal away’. Yes, God is good: in earth and sky. Most days, I don’t forget it. Rabbi Heschel was right when he said that ‘there are times when defeat is all we face, when horror is all that faith must bear. And yet, in spite of anguish, in spite of terror we are never overcome with ultimate dismay…wells gush forth in the deserts of despair’.

I’m reminded of course, that throughout history the monks and nuns who have recited these psalms have done so in a variety of contexts. In war, poverty, famine, persecution and plague they have stood and praised God with these same words:

‘You will not fear the terror of the night,
nor the arrow that flies by day,
nor the plague that prowls in the darkness,
nor the scourge that lays waste at noon.’ (Psalm 91:5-6)

They would have been sung by the Martyrs of Compiègne and the English Martyrs, recited daily by the Martyrs of Tibhrine and so many of the saints to which we look up – indeed they are underlined in my late Grandmothers spine-broken Bible. Like all those who have come before, I will stand in the monotony of prayer again tonight not knowing how or when this will end. I will pour out to God the incompetence of my prayer. Against despair, in this time where words are so easily fuelled and inspiration is exhausted – where faith is questioning and trust is tested – I will be still, and look back upon God’s faithfulness because you and I are coming from afar.  There is very little, except ourselves, that can stop us staying on the lookout for God…waiting to hear God, who has the whole world in his hands, say once again:

‘Let there be light’

Jarel Robinson-Brown is an Honorary Chaplain at King’s College London, and a postgraduate student at St Mellitus College, London. He features in ‘The Book of Queer Prophets’ due to be released in May 2020 published by HarperCollins and curated by Ruth Hunt.