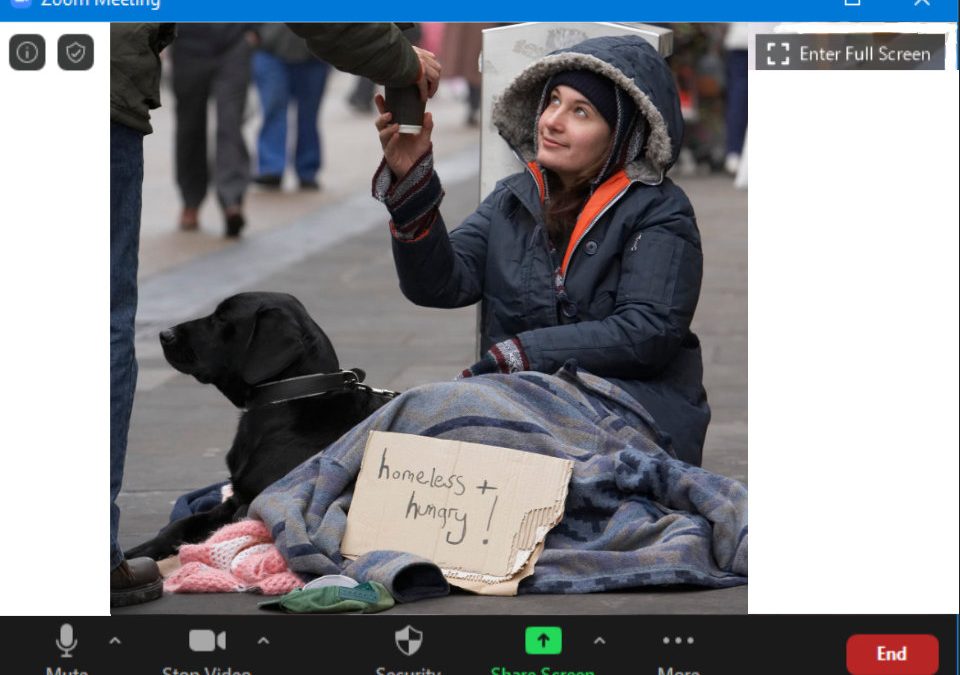 Coronavirus has generated a lot of talk about going back to ‘normal’, and whether we have learned a thing or two about the pros and cons of normality.

For many the lockdown has been a disaster.

Families living in cramped housing are stuck indoors. Tempers fray, especially if they have young children.

At the opposite extreme, elderly people living alone are stuck on their own. Not everybody has a computer with Zoom.

Jobs have gone. Some people are short on money and long on time. Others, like health workers, are expected to work extra hard.

All these things are true. They are true of some people more than others. If you are severely affected it’s easy to feel overwhelmed. You may think you would rather run the risk of getting Covid-19 than go through this any longer.

Yet we have noticed another side. Many people are now healthier because the air is a lot less polluted. We have seen videos of wildlife in places where they didn’t otherwise go. The roads are quieter. We hear birds singing like we haven’t hear them for years.

When the lockdown ends, can we keep the benefits? Or were they a short-lived luxury?

To me the answer is obvious. Neither clean air nor the absence of motorised noise are luxuries. They are the real normal. They are the environment our bodies are designed to live in.

For our streets to be dominated by the sounds, noises and dangers of motor cars is not normal and never can be. It would be quite impossible for every family in the world to have one. We would need more roads and fuel than the world can provide. Even assuming that we need to travel as much as we were travelling a couple of months ago, there are far better transport systems.

It doesn’t need to anyway. The most telling revelation, to my mind, is the story of homelessness. During the 1960s and 1970s fewer people were homeless. In the 1980s a change to the benefits system made more people homeless. Ten years ago, with the arrival of ‘Austerity’, more changes made the numbers of homeless shoot up. We got used to seeing more beggars on the streets. Then suddenly, with the concern about Coronavirus, the Government instructed local authorities to house the homeless by the weekend. And it was done.

The Government hasn’t suddenly developed compassion for homeless people. It hasn’t done a U-turn on whether they need somewhere to live. It knows that people of no fixed abode can’t vote. It housed them, not for their own sakes, but to stop them passing on the virus to passers-by doing their shopping.

Still, one thing has been revealed: the homeless could have been given homes all along. There was never any need for homelessness.

So why were all those thousands of people left without homes for all those years?

It was a political decision. Of course the people who thought it okay to leave people homeless had their reasons; but it still speaks volumes about how we value other people.

What applies to the homeless also applies to those young families in cramped housing, people who can’t get out to green spaces anywhere near where they live, lonely people living alone, people who have no money and no job, people with too much job. Even without Covid-19, our society was becoming more and more unequal in all these ways. It wasn’t necessary. It wasn’t normal. It was the result of political decisions. Those decisions could have been different.

Perhaps the most significant benefit of the lockdown is another one again. It is the one our parents and grandparents told us about the Second World War. When we really are all in it together against a common threat, we work together. We ditch our grudges and disputes, and do whatever needs to be done for the common good. We care for each other.

Why can’t we do this all the time? Because, the rest of the time, our society is dominated by different values. The unscrupulous individualism of American society and its imitators. The competitiveness drilled into our children by the endless examinations we subject them to. The way we judge people by their job status or money. The urge to ‘get on’.

These values are not normal. They may seem normal to us, because this is the way our society has developed. Other societies have developed differently.

So could we change our society’s values? Could we become different, so that genuinely caring for other people, for their own sakes, gets to be normal even when we don’t all face a common threat?

As a liberal Christian, I believe the answer is yes. This is the ‘normal’ for which God has created us.

Let us not go back to the old normal. There is a better normal out there, waiting for us.