Law, faith, compassion and the dying

Lorraine Cavanagh: What is the Church For? 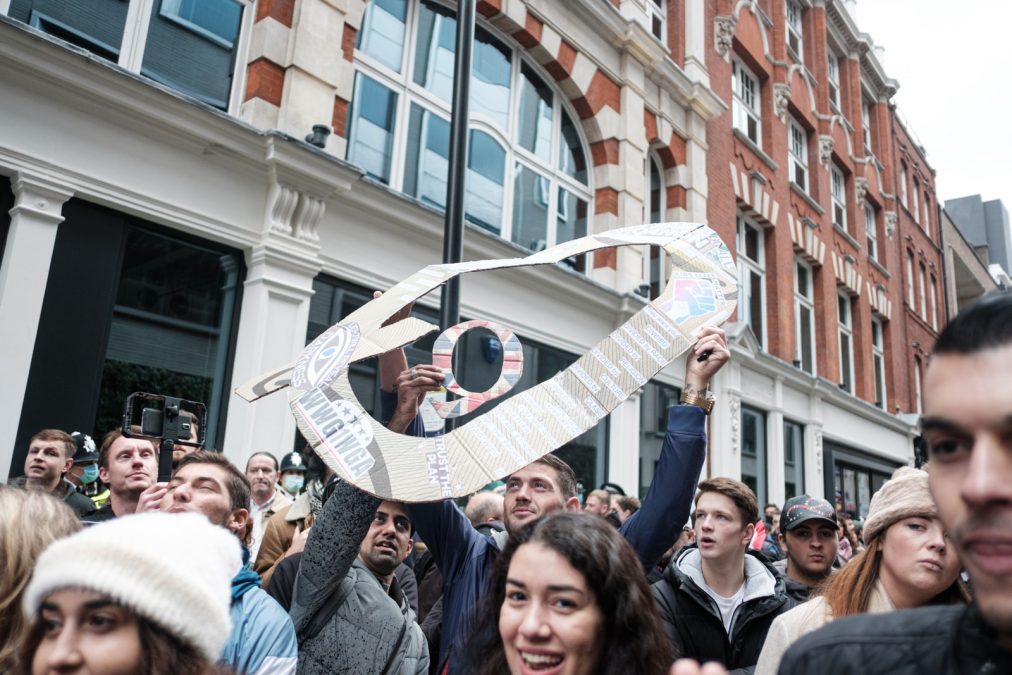 ‘The ultimate tragedy is not the oppression and cruelty by the bad people, but the silence over that by the good people’ memorable, but by no means new words spoken by Martin Luther King Jr.

I want to reflect a little on those words against a backdrop of St. Paul’s second letter to the Corinthians (2 Cor. 6: 1-10) in the context of the rise of the ultra-right group QAnon in America and of our own sleep walking into neo-fascism here in the UK.

You may think that I am implying that all the people who do not align themselves with extreme conservatism of one kind or another, whichever side of the Atlantic you live on, are automatically the ‘good people’ who are remaining silent. I would not want to make such a hasty and all encompassing judgment, but I would want to say that we, the people in between, the much disparaged ‘wokes’, the fair minded thinkers, the powerless and the voiceless (powerless because we don’t know how to use the democratic powers we still have and voiceless because we don’t know what to say) are still in bed and asleep long after the alarm has gone off. Also, because I am generally thought to be a ‘religious’ person, I’m particularly struck by the way QAnon in the US is being compared in size and impact to a mainstream religion.

It needs to be said here, that neither of these tendencies, the American or the much vaguer UK one, bear any likeness to good religion. Religion, as the word suggests (from the Latin ligare) is what binds people together in a common love for God, worked out in and through a love for all people and for God’s world. Love is the operative and the definitive word when it comes to good religion. This being said, I still want to try to look at bits of the letter to the Corinthians from the kind of religious standpoint that these misguided movements and political tendencies are either openly espousing or privately harbouring.

‘On a day of salvation I have helped you’, Paul writes, quoting Isaiah 49:8. They see themselves as agents of salvation. This is their religion. But, unlike Paul, who was appealing for reconciliation with God and confidence in his love and mercy, theirs is simply a way of capitalising on two of humanity’s most primal fears, the fear of loss and the fear of abandonment. They do this by openly or covertly advocating violence and by promulgating a deep distrust of others, especially leaders and democratically elected political parties who they oppose.

Paul, in his letter, lists the kind of tribulations he and other Christians have experienced in their ministry, but he is not making spurious capital out of being seen as a victim. Much of the violence that we see coming from QAnon is the result of perceived victimhood, notwithstanding the fact that many genuine victims of poverty (although the majority are white, it should be noted) are caught up in that movement. Right wing extremism appeals to the poorest. Its proponents are therefore seen as agents of salvation and the parties or leaders they oppose as responsible for abandoning the poor and the vulnerable.

In contrast to QAnon, Paul goes on to remind his readers of the real strengths that come with what we call grace. These include patience, kindness and genuine love, to name only three, but they are words that carry little weight if you are trying to make your mark as a revolutionary movement. They only begin to carry weight when you ‘slant’ them slightly so as to allow you to introduce them into the elements that make people truly afraid. These are the elements of loss and abandonment.

Material loss speaks for itself. We all fear the day we might wake up with no means to pay the bills. We also fear abandonment, that we are being governed by incompetent liars who, as is being revealed in the UK, may have disastrously lost control of a now rudderless ship and that there is no one in sight to take over – except the extreme right. I would hazard a guess that the former fear is especially strong in the US where one in seven Americans live below the poverty line[1] and the latter prevails just beneath the public consciousness here in the UK. The US is blessed with its new President, although it will take nothing short of a miracle for him to fully realise his fiscal ambitions. We, in the UK, are not so blessed. We lack both visionary leadership and the competence to run a country which is fast becoming one of Europe’s worst casualties, in every sense of the word, of the current pandemic.

This leads me back to the second great fear that pseudo-religious movements can pander to, the fear of being abandoned, the primal fear of loneliness. Extreme right movements use this fear to give their followers a spurious sense of belonging which comes with ideas that will shore up their leaders’ equally false sense of purpose. What we then have is tribalism. Tribalism can very easily replace good religion and, in doing so, can supply a kind of religious alternative which far from confronting and seeking to change what is wrong with society (what we call sin) uses that to further strengthen its hold on whole nations by appealing not only to the poor, but by taking full advantage of the inertia of the good people who Dr King was referring to in the words I quoted at the beginning of this post.

We saw something like this happening in the run-up to the Second World War. Are we seeing it again?