May you flourish in the new year

Martyn Percy: A Progressive Union for a Precarious Church 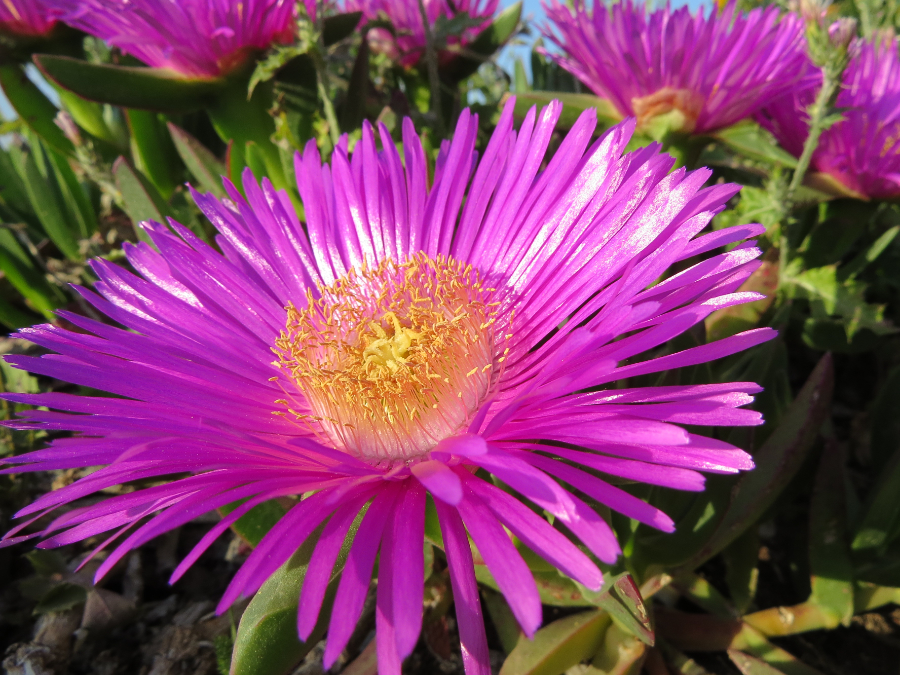 When I was half my present age, we would take our children to a local park. We’d carefully hold hands, looking both ways as we crossed the road. Then, as we got to the park entrance, we’d say something like ‘Off you go!’ or ‘Go and play!’

The first chapter of Genesis says this of all living beings. God has designed us to enjoy ourselves, and has given us everything we need.

God created humankind in his image, in the image of God he created them; male and female he created them.
God blessed them, and God said to them, ‘Be fruitful and multiply, and fill the earth and subdue it (Genesis 1:27-28).

The text has become controversial for reasons the original authors would not have known about. What they wrote still has that ‘Go and play!’ feel about it.

We can’t be sure, but Genesis 1 may have been written by exiles from Jerusalem, relocated to Babylon about 600 years before the time of Jesus. There they would have heard the Babylonian story of creation recited at their New Year Festival. That story was very different. It was the usual way of explaining the purpose of life. It said the gods had created humans to do their housework for them: to maintain the temples where the gods lived, and to offer sacrifices for the gods to eat.

In reality both the maintenance of temples and the cooking of sacrificial animals were a system of taxation. The creation story said it was all being done for the gods, but the real beneficiaries were the rulers.

To the people of that time the Genesis story would have been a radical alternative. God doesn’t need anything from us. We have been created for our own sakes, to bless us.

In the Bible, Genesis is followed by four books containing lots of laws. They may seem pretty barbaric to us, but they were designed to protect the ordinary peasant farmers from exploitation, so that they could flourish. Of these laws the best known is the Sabbath. Everybody – even the cattle – gets one day in seven off work. The week was a Jewish invention, designed to make sure nobody is forced to work all the time.

Jesus echoed it. Today we puzzle over some of his teaching, which can seem wildly unrealistic:

Within the context of that Hebrew teaching, it makes sense. God has designed us to flourish, and has provided all we need. When we live the life of God’s kingdom there should be no need to worry.

Here we have two contrasting theories of the purpose of human life. In one the gods need help with the housework. We haven’t been made to enjoy ourselves: we have been created to work. To flourish is the lot of the lucky few.

Today we are familiar with a third theory, the atheist one. In this theory there are no gods. We are the accidental product of impersonal, unthinking regularities of physics. We haven’t been created for any purpose at all. All our values, all our moral rules, all our judgements about what it might mean to flourish, or to be good or evil, or to make progress, are ideas invented by the human mind. Evolutionary psychologists may study how we or our ancestors invented them – perhaps to help the species survive, perhaps to give some people power over others – but however they were invented, they don’t describe reality. Reality is just subatomic particles doing what subatomic particles do. You may tell yourself that you are, or are not, flourishing, but that’s only what you tell yourself. In reality everything just does what it does.

These three theories about the possibility of flourishing are the ones available to us today. There are no others.

In the atheist theory there are no real purposes. All our value judgements are fictions created by the human mind. If you feel you aren’t flourishing, and would like to feel you are, there is no truth behind your feeling, to confirm or deny it. Just take a tablet that makes you feel better.

In the exploitative theory your life does have a purpose – to work. These days people don’t believe in the gods of ancient Mesopotamia. Instead we talk about different forces we have to work for – the nation, or the economy. If, in the process, you flourish, you are one of the lucky ones.

In the biblical theory you have been created for the purpose of flourishing. That is what your life is for. It is intended to be a blessing.

And so is everybody else’s. The way to flourish is to make sure everybody else can flourish too. When we thank God for being so generous, it becomes easier to share what we have with those in need.