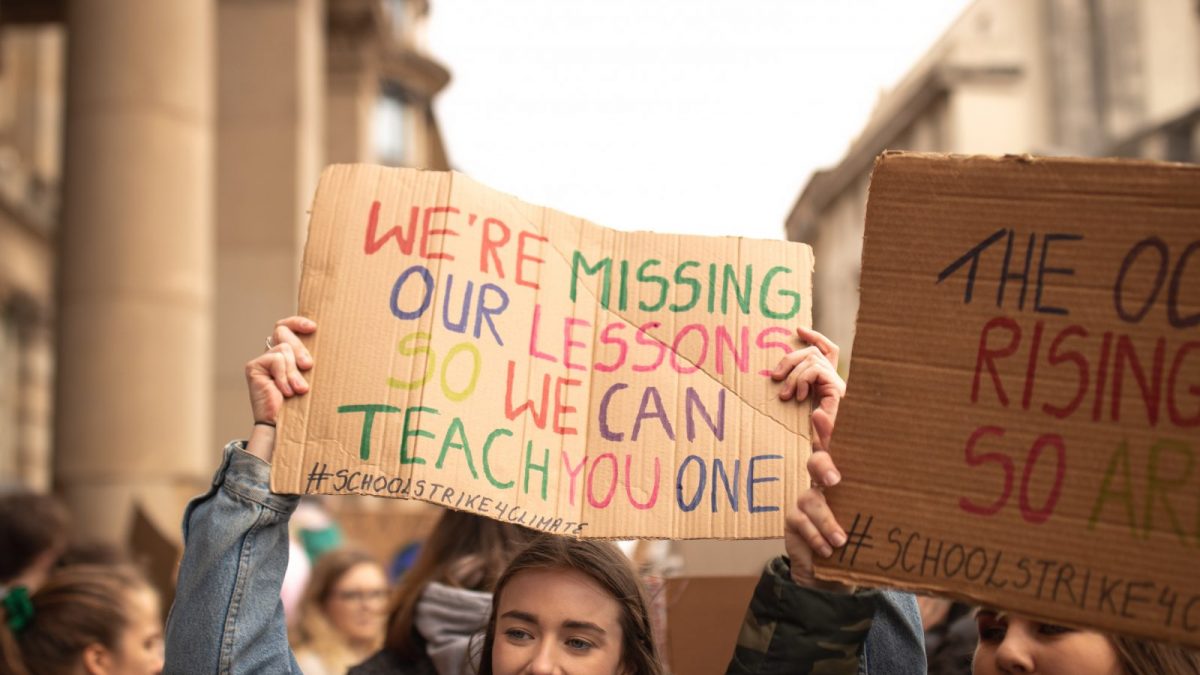 A year after the scientific community told us we have 12 years to stop destroying the planet, governments are still carrying on as before. The idea of a Green New Deal is becoming more popular, but it’s not as though governments across the world are adopting it. We know we need to change, and quickly. Why isn’t it happening? This post reflects on our underlying presuppositions about it.

Every society has its agendas. The decision-makers know what they are. Ancient polytheistic societies usually had, high on their priority lists, sacrifices to the gods. It seemed obvious that the gods had to be kept happy. Today’s equivalents are usually economic growth and an endless supply of new technologies. (At present the UK is having a break from them as it agonises over Brexit.) Again, it seems obvious that these are good things. They don’t normally need defending.

Occasionally a society’s agenda becomes blatantly destructive and a crisis of confidence arises. A bit like the changes of scientific paradigms described in Thomas Kühn’s The Structure of Scientific Revolutions, a dominant society will normally carry on with its own agenda until its failures become so obvious that something has to change.

When a society accepts that a change of agenda is really necessary, the first round of proposals is likely to be minimalist. This is where we are now with climate change. Electric cars. Make air flights more expensive. These proposals are for the foot-draggers, the people who haven’t understood the nature of the problem. What the political community considers possible is nowhere near what the scientific community considers adequate.

We will have to get beyond this. We will have to question our inherited agenda. Economic growth and new technologies are not self-evidently beneficial. They have huge costs. Why are we so committed to them? What alternatives could we adopt, to live well without destroying the planet?

The most oppressive beliefs were where the gods demanded huge quantities of sacrifices, leaving the sacrifice-givers without enough to feed their families. The real beneficiaries of those sacrifices were, of course, the ruling classes. It was to justify their greed that kings and priests told everyone the gods needed that much.

This is how it usually happens. The agenda for society, which everybody ends up taking for granted as obvious, has its origins in the self-interest of the most influential people.

Once we observe that this has happened in the past, it makes sense to ask whether it is happening now. It seems to me that it is.

Of the two elements I mentioned, economic growth is the clearer. Until the 18th century economics was a branch of ethics: God had provided enough resources for everyone, so shortages result from the greedy taking more than their share. From then on it was treated as a social science; the aim was to find out how to manipulate human behaviour to maximise the total amount of wealth. In this way, society as a whole would become richer without having to take anything away from the richest. It is pretty obvious who benefits from this change.

The cult of endless new technologies achieves the same end more indirectly. Demand for new stuff is promoted by advertisers. Buying new stuff increases profits for shareholders. We don’t actually long for the unknowns that will be invented in ten years’ time; but in ten years’ time, if we are still around, the advertisers will make sure we do.

From now on, these cults – this agenda – needs to be abandoned. We need to learn all over again what our hunter-gatherer ancestors knew: that we don’t need them. The wealth we need is provided by nature. We can live well without spoiling our children’s future.

If you are going on a strike, you are expressing an ethically important value. Depending on what you would have been doing at work, by absenting yourself from it you may be helping the environment that way too.