Will Moore: Be the Bigger Christians: A response to Living in Love and Faith 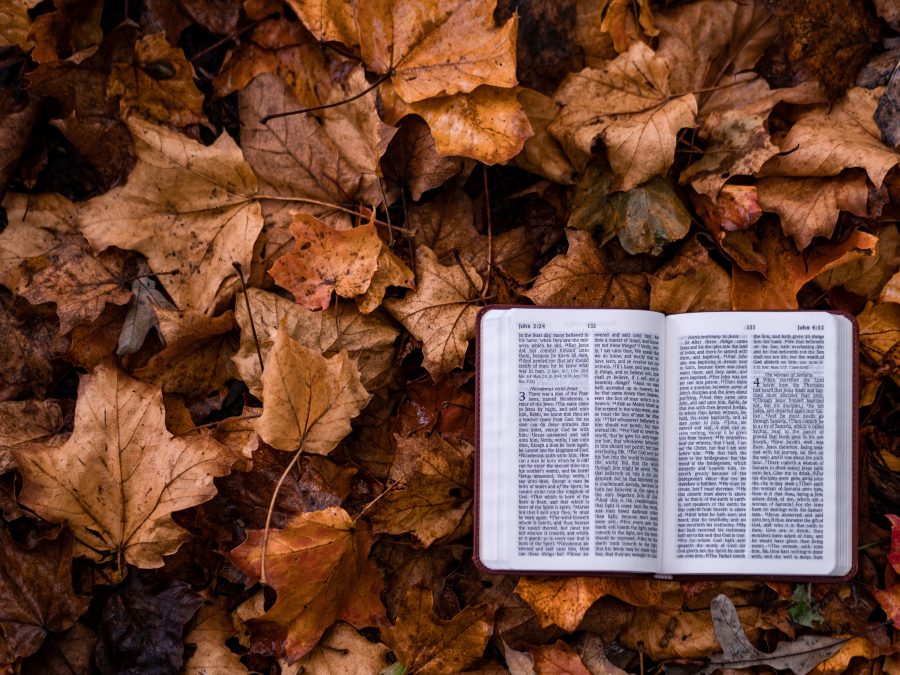 The end-result of the Living in Love and Faith process, all 482 pages of it (hereafter LLF), is a good deal better than it might have been.  Like all major statements of the Church of England, it is resonant with the sound of committee members disagreeing; sentences are on occasion stretched to their syntactical limit in order to pre-empt one sentiment flouncing out.  Yet much of the text is written with clarity, force and even elegance.  The analysis of modern society in Part Two is clear-sighted and professionally done.  The occasional tone of ruefulness is welcome, and it’s possible to salute an end-result of much hard work in the face of considerable odds.  Overall, there is a recognition that making almost any statement about sex and the Church risks angering some, and actively damaging the identity of others.  When there are so many opportunities for getting ecclesiastical decisions wrong, the overall message of ‘calm down, everybody’ is healthy.  Yet in assessing the book, it is necessary to throw a spotlight on some basic weaknesses in order to appreciate the material that is helpful and constructive.

The problem, as always, is the Bible, and how to use it: hardly surprisingly, since the Church has suffered that problem ever since there was a concept of the Church.  Equally unsurprising is that LLF does not speak with one voice on the Bible, quite apart from its careful and on the whole fair analysis of the spectrum of Anglican attitudes to biblical authority in Ch. 13.  For instance, some of LLF’s authors think that Paul of Tarsus wrote the Pastoral Epistles, just because that is what the Pastoral Epistles tell us.  Such is clearly the case at p. 239, in a citation of 1 Timothy 5.11-15; yet a different author at p. 307 equally clearly goes out of his or her way to avoid attributing this clutch of letters to Paul.  This is not a trivial point, since there is only one moment at which the library of books that is the Bible explicitly claims that it is all inspired by God; it occurs at 2 Timothy 3.16, in a text that most critical scholarship now regards as pseudonymous (at least in human terms) – not actually written by the person that it claims as its author.  Significantly, that unique assertion at 2 Timothy 3.16 is not only made to do a fair bit of work by LLF, but in three out of four LLF citations, its text is quoted in the New International Version of the Bible: generally (and sensibly) eschewed elsewhere for the New Revised Standard Version, but a favourite among a certain sort of Evangelical.

The Bible can be very strange, and nowhere is it stranger than on the subject of sex.   Inevitably this makes it a tricky exercise to construct a coherent or consistent message that modern Christians can use.  One remarkable use or abuse of the biblical text in LLF concerns a passage very relevant to the book’s extended nervous concern with same-sex relations: the farewell of David and Jonathan in 1 Samuel 20.41.  This is something of a text of terror even for well-meaning liberals.  No-one can get round the plain fact of its description of the two of them kissing and weeping – but if that is not difficult enough for some readers, then comes a weird final phrase in the verse.  The King James Bible, always inclined with gritty Jacobean scholarship to call a Hebrew spade a spade, renders it accurately but alarmingly as ‘until David exceeded’.  Chasing that translation back into the Hebrew reveals that David ‘was caused to become big’ – in other words, he had an erection.  The Septuagint, wrestling with the same problem somewhat earlier than King James’s translators, pushes the meaning towards an orgasm for David; yet none of this disturbs the sensitive eyes of LLF’s audience, who at p. 19 are provided with one of the various mealy-mouthed and unfeasible modern mistranslations: ‘David wept the more’.  At p. 180 they will be spared from the danger of encountering any exceeding at all, since LLF disingenuously cuts off the quotation from the verse before getting there.  Moreover, that excision occurs precisely in one of the many spotlight text-boxes deployed by LLF in order to discuss a specific crux: in this case the subject of the box is the conundrum of just how sexy David and Jonathan’s friendship was.

It is a shame that this sort of evasion is concentrated in one of the earliest and important parts of the book, Ch. 3 on ‘the gift of marriage’.  The intellectual flabbiness of that chapter is the result of not taking seriously what the history of Christianity can tell us about marriage.  Thanks to the neglect of sustained historical analysis in the text, the reader might be forgiven for believing the bland assertion that there is ‘a Christian understanding of marriage’.  This phrase recurs eight times in LLF, and there are further artistic variations on it elsewhere, so the lack of serious analysis in Ch. 3 really matters; it gives a shaky foundation to all that follows.  There are Christian UNDERSTANDINGS of marriage, in the plural, but to reduce them to a unity has been the big mistake of late twentieth-century Anglican agonisings about marriage.

Yes, there are fixed points in Christian discussions of marriage, starting with the pronouncements of Jesus.  He was startlingly counter-cultural in terms of the Judaism of his day.  He rejected polygamy, a form of Jewish marriage distinctly underplayed in LLF, despite the fact that it remained common in Judaism until the tenth or eleventh centuries of the Christian era, and was regarded as a natural mode of marriage among the Jews because of its practice by the greatest of Israelite patriarchs.  So Jesus was doing something remarkable in banning polygamy.  He also forbade divorce, but his followers found this command so difficult that Matthew’s Gospel modifies the ban, as does Paul of Tarsus, in what amounts to a flat contradiction of the Lord’s absoluteness on the matter (1 Corinthians 7.10-11, 15).  After that, it is arguable that the reason the Church stuck with Jesus’s commandment on monogamy was that monogamy was already the exclusive custom in Greek and Roman society, into which Mediterranean Christianity proceeded to expand.  One should remember that the early Church came to ignore other major elements of Jesus’s pronouncements (‘Let the dead bury their dead’, or ‘The trumpet shall sound’ in relation to an immediate end of time), and monogamy might have been treated in the same fashion, had there not been a powerful social impulse to stick to it.

LLF’s smoothing-out of difficulties in the biblical material continues into its treatment of the Pauline and sub-Pauline biblical texts in the New Testament.  Rightly, it singles out the historical importance of Ephesians 5.22-23, with its analogy between earthly matrimony and the ‘great mystery’ of Christ and his Church, but it plays down the insistent subordinationism of female to male implied by the metaphor.  That leads to an athletic jump to a theologian of three centuries later, Augustine of Hippo, who echoed Ephesians in rather vaguely calling marriage a sacramentum (an attempt to translate the Greek musterion, with a Latin word that had once simply meant a military oath).  This leads to much discussion throughout LLF of marriage as sacramental, though the discussion is notably tentative – we are Anglicans, after all, and a lot of Anglicans don’t like talking of more sacraments beyond the biblical two.  Their wariness has some justification, since it is a strange sort of sacrament that had no liturgical expression for half the Christian Church’s history.  That is the case with marriage.

Now here is the biggest howling silence in the whole text of LLF.  Nowhere would its readership learn that the Early Church, such a touchstone for LLF’s discussion, never associated marriage with any ceremony celebrated in church.  There was no such thing as a church wedding in the Western Church until the tenth or eleventh centuries.  It took a twelfth-century revolution in ecclesiastical reorganisation from Rome before it became the norm for folk to get married in church.  That is rather an important fact to omit from historical discussion, one might think – and one that puts into perspective present anguished debates in the Church as to whether same-sex couples should get married in churches.  It could suggest that the precipitate fall in church weddings that we are witnessing in this country is actually a return to a norm in Christian history.

One could go on pointing out the pervading distortions caused by historical myopia in LLF.  One of the most important strands in Paul’s occasional disquisitions on the nature of marriage is his assertion of an equality in sexual obligation between husband and wife (1 Corinthians 7.3-4).  This is seemingly one of Paul’s most original pronouncements on ethics, having no obvious precedent in Graeco-Roman or Jewish discussion of marriage, and LLF rightly pays good attention to it.  Throughout Christian history, this ‘marriage debt’ has been a concept that has nagged away at the thinking of canon lawyers, but as they have sought to hold the church hierarchy and married couples to a Pauline principle of reciprocity or mutual debt, they have always struggled with two equally powerful and indeed much more ancient concepts: marriages are a matter for the parents or families of the couple rather than the couple, and within marriages, the husband has control over the wife.  As we have seen, that latter assertion in particular is to be found in the writings of Paul’s admirers who created such works as Ephesians or the Pastoral Epistles.  Probably more Christians have warmed to those other principles over twenty centuries than have heeded I Corinthians 7.3-4.  Such dissonant themes are part of the simple truth that there is no one Christian understanding of marriage; there are multiple understandings.

If we acknowledge that historical fact with honesty, it has its own importance in establishing a Christian approach to marriage that is both more realistic and more generous than that offered in LLF.  Those who agonise about the authority of the Church to bless apparently new patterns of human behaviour forget one basic characteristic of the Church; it is a really young organisation, just starting out in its understanding of creation, divinity and humanity.  Two thousand years (or four, counting in previous Jewish encounters with God), stand over against an historical background which is a minimum of tens of thousands of years of human experience.  Church leaders have tried in the publication of LLF to embark on a new road of humility.  It would be good in the follow-up to their book, if they sought out some more comprehensive route-maps to see where they travel next.

Diarmaid MacCulloch is Emeritus Professor of the History of the Church and Fellow of St Cross College and of Campion Hall in the University of Oxford.