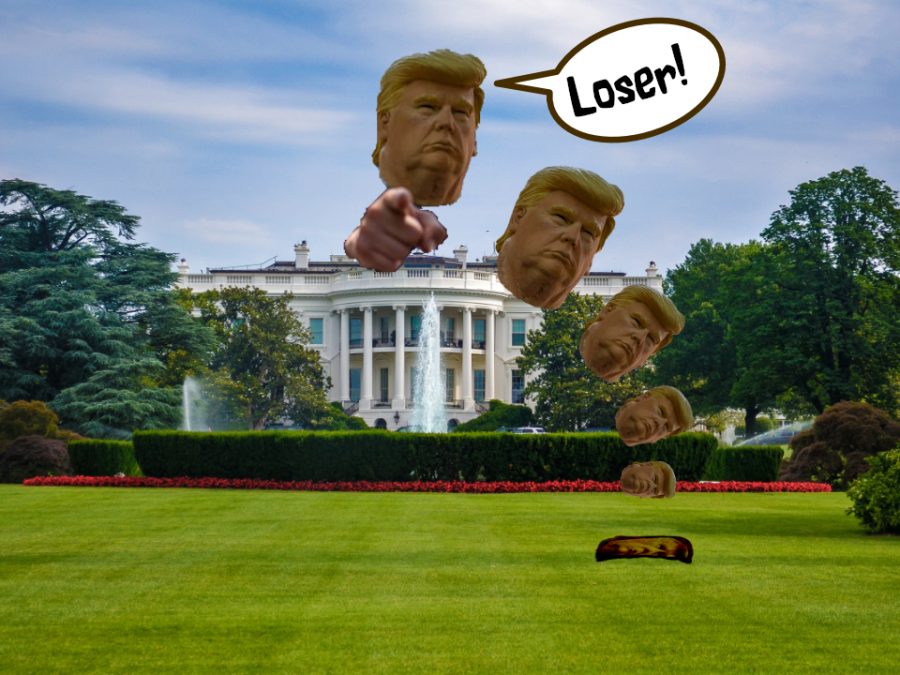 From outside the USA it seems astonishing that 70 million people voted for another four years of Trump’s presidency. Many people have responded passionately, either shocked that anyone at all should support him or denouncing the way Democrats and ‘the liberal elite’ treat his supporters as stupid.

Sentences that begin ‘What I cannot understand is…’ often end by blaming someone for something. But to say you cannot understand it is to make a statement about your personal limitations. It is no reason for blaming anyone else. Whether or not we know the reasons why people voted Trump, reasons there were.

When the inability to understand provides the motive for blaming, the desire to carry on blaming may reinforce the determination to carry on not understanding. But unless we understand, we’ll carry on making the same mistakes and produce one Trump after another.

In this post I focus on the reason that seems to me most influential: the cultural change that has been growing since the 1970s. This change has affected many countries. In the USA we see it on a grand scale.

The Second World War was so devastating that it produced an international movement to improve the conditions of life for everyone. From the Universal Declaration of Human Rights to United Nations and the World Health Organisation, across the world there was a determination to produce a new settlement where everybody could live a decent life.

For about a generation, it worked. Here in Britain we had the National Health Service, schools for all children with free milk and dinners, unemployment pay, sick pay, social security, council houses and final salary pension schemes. There was a similar movement in other countries. 1948 has been calculated to be the best year ever to have been born in. I was one of the lucky ones.

There were opponents. The redistribution of wealth was at the expense of the richest. Some of them worked, all through that period, to overturn the system. But for most it was a blessing.

By the 1960s it was taken for granted. Woodstock and those challenging events of 1968 presupposed that there would be no going back to the bad old days. The new order was here to stay.

But it could be tweaked. What if the system could be maintained without taxing the rich so much? Economic growth had been proposed by John Maynard Keynes as a temporary expedient to get out of the Depression. It then became a permanent goal, in the hope that endless economic growth could improve the lot of the poor without taking from the rich.

Then there was ‘the white heat of technology’. New technologies had been in great demand during the war. They were reimagined as a never-ending succession of improvements to everybody’s lives.

The ‘rust belts’ of the USA are monuments to that folly. For a while communities in manufacturing areas were persuaded that they were contributing to a better future and enriching themselves in the process. When the money of the profiteers moved elsewhere, it became clear that they had been tricked: left without jobs in a trashed environment. Who wouldn’t be resentful? Naturally they blamed the ruling classes.

The post-war settlement survived into the 1970s. Looking back on it from a distance, we can see that it was an exceptional period.

Normally, in times of peace, inequality increases. The powerful find ways to enrich themselves, usually not noticing whether they are impoverishing others in the process. Over time the rich get richer. The theory of ‘the trickle-down effect’ is a useful fiction because it hides the reality. Normally there is a trickle-up effect.

As the rich get richer, do the poor get poorer? It varies, but it’s worth remembering that official statistics are under the control of governments – the people with the strongest interest in painting a rosy picture.

Where the statistics inform us, the numbers of homeless and starving have tended to increase since around the 1970s. Financial support for public services has declined. But the decline in the quality of life is much wider than any statistics reveal. Parents and grandparents know that their quality of life has been better than their children will have. The decline has been continuing for decades. Whatever newspapers and television programmes say, whatever politicians propose, the actual lived experience of millions of families tells them that things have been getting worse.

This has happened many times in the past. Often when there is widespread popular resentment at governments, there is a movement to overthrow the system. Large numbers of people support someone who claims the ability to dispense with traditional checks and balance and get things done.

Candidates for this tyrant’s role rarely gather much support unless they are already well known. This usually means that they belong to the powerful classes themselves; but to perform the role, they have to present themselves as outsiders representing the ordinary people.

In 2016 Trump played this role successfully. For impoverished and disillusioned Americans it seemed quite logical: a one in a million chance of improvement was better than no chance. Once again the disadvantaged were tricked into supporting something that didn’t help them. Perhaps the fact that 70 million voted for Trump again tells us that the longing for real change hasn’t died.

Would Bernie Sanders have tackled the ever-increasing inequality? Would Jeremy Corbyn? I assume we’ll never find out. But as long as large numbers have every reason to expect their quality of life to carry on deteriorating, there will be popular movements to overturn the system.

History shows that extremes of poverty can be imposed on large populations for long periods of time. One of three things can bring the oppression to an end: war, revolution or deliberate government redistribution.

Any of these could happen, maybe soon. Perhaps the increasing angry nationalism will lead to more wars. Perhaps a successor to Trump will make bigger changes. Perhaps Biden will surprise us all and tackle the underlying issues more effectively than Obama did. Or perhaps we are in for a longer wait, as the power brokers screw on the lid even tighter.

The values behind our preferences

How much it matters depends on our values. As political discourse continues to polarise, two value systems compete.

In one, social life is necessarily about winners and losers: it is up to each individual, or family, to work hard at being one of the winners. As for the losers, it’s just tough luck – or they didn’t try hard enough.

In the other value system, social life should be less competitive and more inclusive. A civilised society cares for the losers.

As a liberal Christian I believe in the second. I believe the world’s resources have been created by God to provide for everybody’s needs. When people go short, that’s injustice. It’s not the way things should be. It needs to be put right.

These different value systems, being value systems, cannot be decisively proved true or false. But they have immense practical effect. To reduce the tensions that create conflict, we need to minimise the justified resentment. Political systems need to ensure that everybody can develop a contented life in their own way. Nobody should be written off as a loser. We need to believe once again that everybody matters.