Anthony Woollard: A Great Leap… To Where? 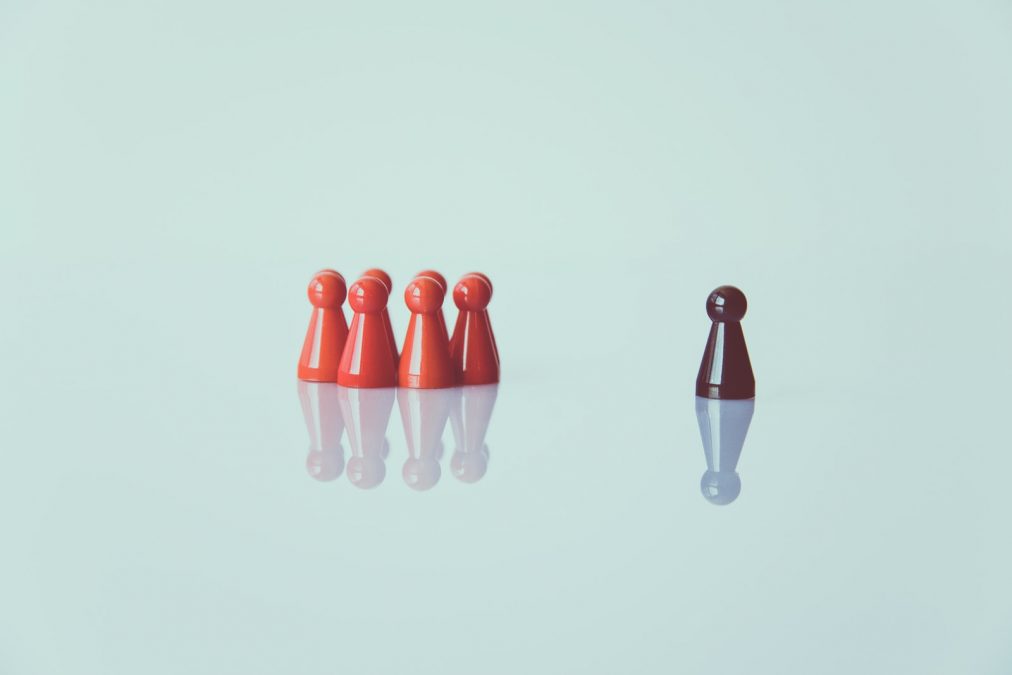 on behalf of the Public Squares’ Refugees Hospitality and Welcome Group

Leadership matters. Good, principled leadership matters. It sets the tone for how people respond and behave. It sets boundaries of expected behaviour for a country and can provide a safety net for the vulnerable, insecure, dispossessed and lonely. Bad leadership, unethical and uncaring, sets a tone that signals anything goes, with no obvious boundaries for managing self-control, ethical behaviour or hate-filled attitudes. We do not have to think about or care for our neighbour, whoever they are, especially if they are not seen as “one of us”, however that is defined. It is all about “me” and what I want. I can behave as I like no matter how much harm it causes; I don’t have to think about “you”.

This seems to be the climate we are living in today, with a government that perpetuates hostile attitudes to those who are seen as being outside their narrowly prescribed “norm”, as not part of the club: the “foreigner”, the refugee, the asylum seeker, those who are poor, homeless or who look different. Government business is focused on how immediate friends, relatives and associates profit financially, whether qualified or not, while they receive large handouts that keep the money in the circle: no ethical, open advertising, no ensuring only the best, most able and experienced have an opportunity to apply. No, let us do it our way – undercover, while people are more preoccupied with Covid, hoping no one will notice.

All this helps create an environment where others feel they can behave likewise, thinking: “if those at the top can behave like that, so can we”. It is a form of permission for widespread negative and hostile behaviour, free from boundaries and constraints – all grist to their mill. To others it is a horrifying sign of how quickly we are degenerating into an ungovernable country.

Consider the perpetuation of the “hostile environment” towards what Dido Harding calls “foreigners”: those who are keeping the NHS going, who have worked throughout the pandemic saving lives, often giving their own, without whom the NHS would collapse. Or Priti Patel’s relentlessly bitter attitude towards asylum seekers and refugees, making them scapegoats, blaming them for coming at all, ignoring their suffering and traumas, treating them like criminals. Or the Windrush community, who have suffered and are continuing to suffer great injustices from the frequent maladministration of the Home Office.

Compounding all this is the Asylum Bill, proposed by Patel at the end of March, to be discussed in Parliament in July, which aims to introduce a significant overhaul of the country’s asylum rules. It involves more than forty suggested changes to the existing system to “break the business model of smugglers”, by creating barriers for those who arrive “irregularly”, a meaningless term when legal routes are few in number and hard to access. By limiting the so-called “safe passages”, asylum seekers are driven to taking the smuggler route, thus feeding the very smugglers Patel is condemning. Who would willingly travel this way at great risk to their lives and those of their children if they had access to “safe” routes?

The proposals create a two-tier system, with applicants treated differently depending on how they enter the UK. This will have a devastating impact on people fleeing war, persecution and discrimination, despite the UK being a signatory to the 1951 United Nations Convention on Refugees, which states that those fleeing war and persecution should be guaranteed a place of security and safety. There is nothing in it about only being granted asylum in the first country in which they land, as we are  so frequently told. No doubt all this is being done to appease the constituency of those who are hostile to anyone outside their narrowly defined “norms” and have a xenophobic fear of difference, or fear their jobs will be taken; ironically at a time when there are many vacancies that cannot be filled because large numbers of the “foreigners” who worked in essential caring and hospitality sectors are going home.  No attempt is made to find out the professional skills and talents asylum seekers and refugees bring with them that would benefit the country; skills and professions they would willingly offer to a place that has shielded them. Those of us who have seen, worked with and listened to many of their stories know full well what they have to give and how we, as a country, would benefit.

Rather, the Asylum Bill intimates that those who come by other than “safe” routes are doing so illegally and are therefore criminals. No examples are given that show their desperation to leave situations that would only lead to their deaths. Despite the Bill’s emphasis on safe and legal routes, there are very few options for asylum seekers to reach the UK without embarking on irregular journeys.

In the proposed Bill, Patel states: “Whether you enter the UK legally or illegally it will have an impact on how your asylum claim progresses and on your status in the UK, if that claim is successful.” Nothing is said about the criteria for this. Who will be qualified to make the rules? Who will choose the officers and train them? How impartial will they be towards a traumatised people who have gone through so much to get here?  On the past record of the Home Office, who can be confident they will be treated fairly? There needs to be transparency about how these different systems work and how many have access to them.

Meanwhile, how will people fleeing with no documentation show they are “valid” refugees if they have had papers destroyed or lost on journeys across hostile countries? There is clearly more interest in keeping those who come via “irregular entries” from claiming an automatic right to asylum, so making it easier to remove them to supposedly “safe countries.”

As the government restricts family reunions, children will be kept separated from their families. Already child refugees in the UK can no longer apply for their parents or siblings over 18 years old to join them, with all the long term mental and emotional damage this will bring, and with the high risk of suicide that refugee organisations are already reporting. Those who cannot be immediately be removed may be granted temporary protected status with fewer rights than refugees who enter through official channels, and may be regularly reassessed for removal, causing a high level of insecurity and anxiety. This amounts to child abuse.

In addition, to control refugees and asylum seekers, the government is proposing to build ‘reception centres’ in which to hold them, and to change the law to enable ‘offshore’ processing which has been shown in places like Australia to have a terrible impact on people’s mental health. The latest suggestion is that they be sent to camps in Rwanda. This is unimaginable cruelty after all they have suffered. In the UK it has been widely reported by those monitoring detainees in detention centres, run by three large private companies under contract to the Home Office, that the detainees exist in filthy, decrepit conditions, with poor food and nothing to fill their days.  For many in detention there is no statutory time limit on how long they will be detained, and no knowledge of when they will be released. This is worse than prison with the consequent stress it brings. At the same time, we are denying ourselves the service and labour of a number of hardworking, motivated, well qualified people; a waste beyond measure of so much human ability.

The questions for those of us who are ill at ease with this state of affairs are: “What can we do to change hearts and minds so that people can live well together without hostility and suspicion? How can we have let it happen?” “How can this negative climate be turned round to help those who feed the hostile environment and respond to it so they can change?” If the government itself will neither listen nor change, “What can we as individuals and groups do to enable the change in our society?” No one likes to live in an environment of fear, discrimination, antagonism, concern for their livelihood and the well-being of their families, or one that perpetuates it.

This is where good, principled leadership comes in: where it is lacking we have to find ways of making the difference ourselves. We cannot go on as we are, allowing the most vulnerable in our society, and those who would be part of it, to suffer the scorn and contempt that eventually turns in on itself between individuals and groups. We are human beings, deserving of respect. Nothing we do should diminish the gifts and abilities we all have, wherever we are from. We badly need to get our energy and strength together to make good that difference that will, in the end, haul us back to a decent society.