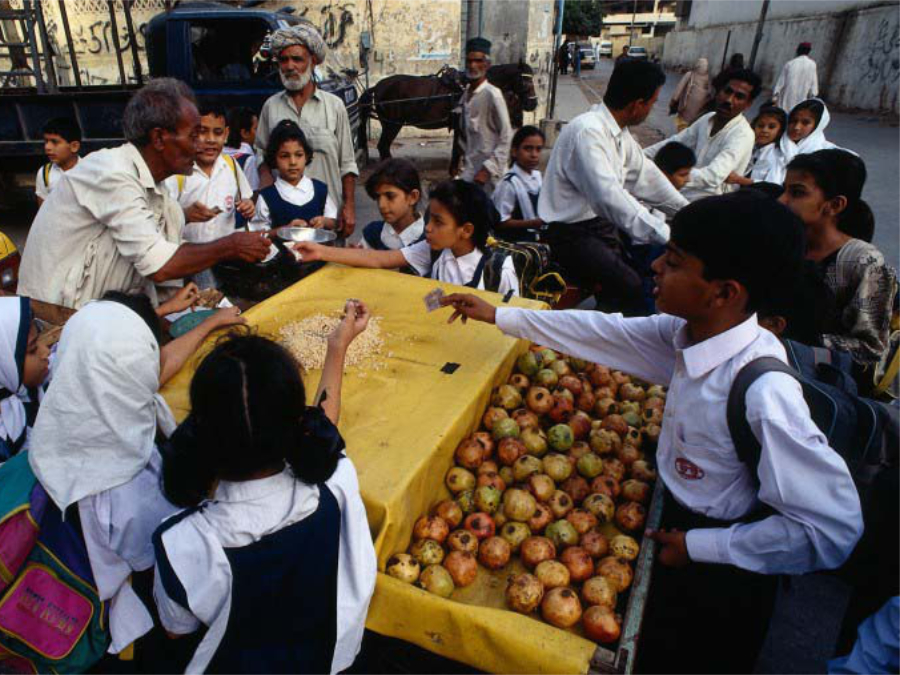 The free market? There is no such thing.

Neoliberal economists rule the world. Whenever they smell out a corner not subjected to their government, they set about conquering it. Their policies have been more successful than any other at trashing the environment and widening the gap between rich and poor, but they claim to be doing it in the name of freedom. Why are they so popular, and how can we limit the damage?

This is the fifth in my series of posts on who creates wealth. After the Second World War there was an international longing to do better than two world wars with an international depression sandwiched between them. International institutions were set up, like the United Nations and the World Health Authority. Nation states set up welfare state systems to ensure that everyone had a decent life. Yet that era has been progressively dismantled since the 1970s.

Neoliberalism began with Second World War exiles from Nazi Austria, Germany and France reacting against all-controlling dictatorships. They had three main criticisms of the welfare era.

Since then the Chicago School of Economics has led the way. They argue that governments should avoid directing people towards specific ends, and instead restrict themselves to underwriting the rule of law.

Supporting this view is an argument about values. Different people value different things. In our secular society there is no agreement on a particular set of values we should all share. Neoliberals argue that governments, rather than deciding between them, should allow individuals to negotiate against each other in the market.

There have been markets all through history. People exchanged goods on the basis of various cultural factors: local expectations, social status, tradition. Modern economic theory, since the 18th century, has undermined the non-economic factors, arguing that the market should function only through the price mechanism. This way, whether you get what you want depends on how much you are prepared to pay for it. Prices go up and down in response to supply and demand.

This market system is called ‘free’ because nobody is pressuring you to want one thing rather than another. Frank Wright argued that in the market, as opposed to governments, ‘there are no power relations’. The market enables each person ‘to be the judge of his own values and of the use of his own means to achieve them’.

Neo-liberalism therefore rejects not only Christian doctrines about economic values, but all others as well. It presents the market as a neutral referee, allowing individuals with different values to pursue them as much as they see fit.

Now that we’ve all experienced neoliberalism we can see how it actually works.

It is the voice of the rich

Contrary to Frank Wright’s claim, in the market there are power relations. The richer you are, the easier it is to get what you want. If you have no money your needs don’t register in the market at all. This matters all the more because neoliberalism has consistently made the rich richer at the expense of the poor.

Wants are not absolute

Spiritual traditions offer ways to reflect on whether we want the right things. Thus when the eighteenth-century philosopher Joseph Butler defended ‘self-love’ he recognised that there are different kinds of desire within each individual, so that loving ourselves involves distinguishing between helpful and harmful desires.

We all sometimes wonder what we ought to want. It is possible to question our wants and change them. As René Girard argued, we tend to want what we see other people wanting.

Neoliberalism dispenses with all such subtleties. It treats whatever the individual wants as an absolute, unquestionable given. The possibility that we might wonder what we ought to want disappears from view as though we had no choice about it.

Some economists argue that capitalism, from its outset, destroyed the freedom of markets. Thus Ellen Meiksins Wood argues that capitalism originated in England, and not in more commercially advanced places like the Netherlands, because rural workers had less security and had no option but to sell their produce at competitive prices. This pushed up production, giving England trade advantages, and forced other countries to follow suit.

Whatever the origin of capitalism, today there is no doubt that most of our buying and selling has to be done through the market system. Thus the ‘free market’, far from being free, is forced on us.

The market is far indeed from being neutral about people’s values: it is furiously promoting dissatisfaction and the desire for more goods. It is precisely in neoliberal societies that the advertising industry flourishes most, spending billions on urging us all to want what we would not otherwise have wanted.

One element of this is what economists call ‘positional goods’. You have a more expensive car than me. I, feeling inferior, splash out on a car like yours. You, then realising that we are now equal, feel the need to keep ahead with a more expensive one again. Huge sums are spent on this kind of positional competitiveness. It is an activity which every medieval monk, sworn to poverty, would have recognised as immoral. But, with the drive for economic growth within a ‘free’ market, it is strongly promoted. Thus our most selfish desires are encouraged at the expense of social relationships.

It is central to the case for neoliberalism that the ‘free market’ caters for the different values of different individuals. However, most of us are not such thoroughgoing individualists. We like to care for others as well as ourselves, and to give as well as receive. It should therefore follow that a system catering for different values should cater for altruistic and cooperative values as well as self-centred ones. Yet the whole secular economic tradition from Mandeville onwards has been critical of altruism, arguing that economic behaviour is and should be a matter of individual self-interest.

Some neoliberals have responded to this contradiction by trying to show that all human actions are really expressions of individual self-interest, however altruistic they may appear to be. An extreme example is Gary Becker’s argument that stealing is simply another way of rationally maximising individual income and utility. To most people stealing would not be profitable; to some it is. Similarly, Becker argues that marriage takes place when an individual’s ‘utility from marriage exceeds their utility from remaining single’.

Full marks for logic. Becker has combined two commitments central to neoliberalism: neutrality on values, and interpreting all human activities as individual self-interest. He shows us where the case for neoliberalism leads. We already knew that there is a selfish streak in all of us: he adds that we are, and should be, completely selfish.

The story of modern economic discourse, from the 18th century to today, has been primarily the story of capitalism. To this extent neoliberalism is its logical conclusion. Beginning by rejecting Christian moral constraints on financial selfishness, it ends by rejecting all moral judgements. To fill the moral vacuum it offers itself as a supreme moral authority, commanding the very thing that earlier traditions condemned most strongly: the pursuit of financial self-interest by self-centred individuals who do not care a jot for anybody else.

Strange, isn’t it? Secular society has taken so much trouble to deny the relevance of transcendent moral authorities – and ends up creating its own. Perhaps a supreme moral authority is what every society needs. But there are better ones than neoliberalism.