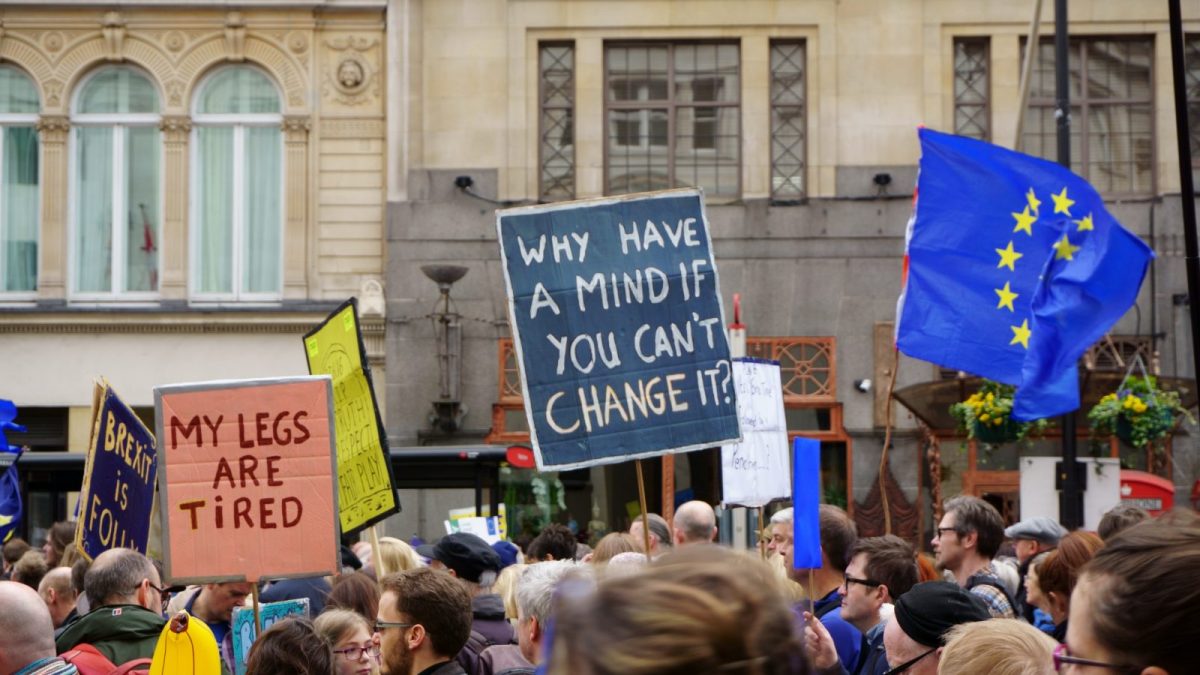 Britain votes again today, for Members of the European Parliament – to the dismay of people who hoped to have left the EU by now.

I still remember my history teacher from the early 1960s. She was a major’s wife. History consisted of a series of wars. At the end of every lesson, the moral of the story was: We won!

That set of values still influences us. We got the biggest empire. We learned how to justify it. We convinced ourselves that we were better than everyone else. We knew how other people should conduct their lives better than they did. If we hadn’t know better, we would have had no excuse for taking over control of them.

Did we know better? Racial theory to the rescue. In the last decades of the 19th century it was widely believed that science had proved it. ‘We’ – the British, or at least ‘white Caucasians’ – had better brains, had evolved further than other races. To read the literature of that era is to see where the British exceptionalism of today comes from.

It’s still influential. It is expressed in another current issue, which on the face of it is completely different. Philip Alston, a United Nations poverty expert, has just published his final report on the impact of austerity on human rights in Britain. It is absolutely damning. It is no surprise: his earlier report had said much the same.

How does the British Government respond to the United Nations? Amber Rudd, the Work and Pensions Secretary, instead of defending Britain’s record, went onto the offensive. So yesterday the Department for Work and Pensions began its high profile nine-week advertising campaign in defence of what is happening.

For its efforts the DWP has been heavily condemned. Denunciations have come from the Independent, New Statesman and, of course, Trussell Trust who run most foodbanks and know only too well what our poorest are driven to. The Liverpool Echo headlines with the title: ‘How the DWP’s sneaky Universal Credit adverts are shamelessly trying to cover up a disaster’.

Given the drubbing this initiative has already received, the Government’s chosen response is all the more telling. In case there is any doubt, Rudd has also declared that she will lodge a formal complaint against the UN.

You get the picture. How dare these pesky foreigners tell us how to run our country? What makes the rest of the world think they know better than us?

Attitudes like this come from the kind of education I had: British exceptionalism. For evidence to the contrary, just look in your kitchen cupboard. Read the labels. See which country everything comes from. Britain today is in no position even to feed itself, let alone to supply the medicines and machines we now have.

Where do these attitudes come from? To take a long-term historical view, we develop instincts over long periods of time. The instincts we have are the ones that helped us survive at some stage in our past. Some of our instincts are about caring for those around us. Other instincts are about fighting off competitors.

Later we developed rationality. We became able to override our instincts when we had good reason to.

When we override our instincts depends on our values. Today the whole Western world is polarising into two camps. One camp emphasises the instinct to fight off competitors. In this camp we defend our own, simply because we identify with our own. Outsiders, foreigners, are different. We don’t care about them.

The other camp emphasises the instinct to care for others. Just as we value our own well-being, so do others. In this camp, we look for ways to extend the range of those we care about, and live well in harmony with others.

So when we vote, as we do today, are we just counting up the preferences of individuals? Are we seeing whether the competitors or the cooperators are in the majority? Or is there a right answer? Is one set of priorities really better than the other?

It is at this point that a faith perspective comes into play. From a purely secular perspective, it is still possible for people to work together to think through how to live together, but the answers they come up with will have no more authority than the people who decided them. In practice, this means that we are always governed by the values of the ruling classes.