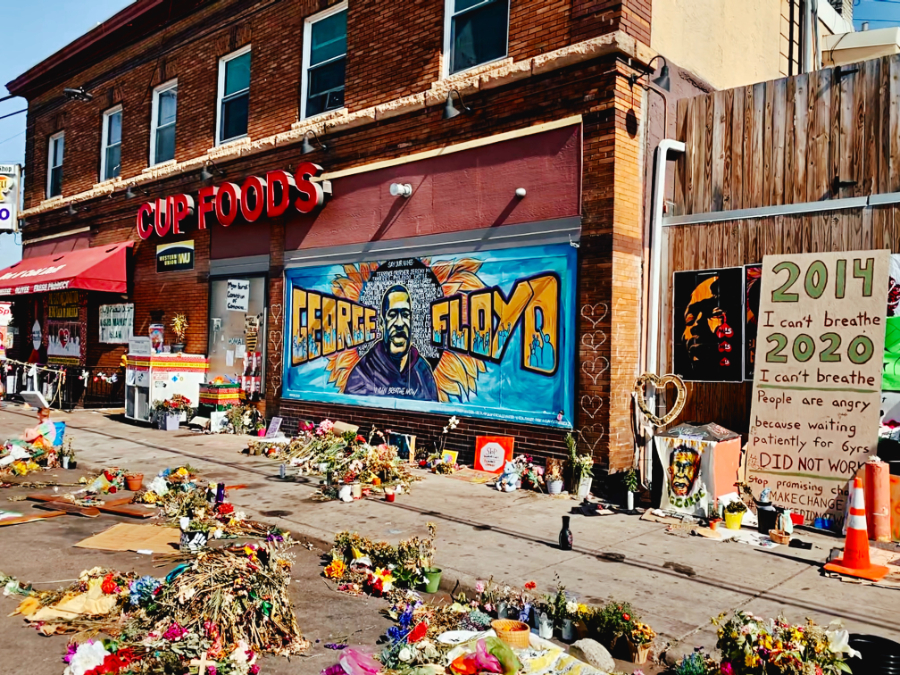 Immediately, the news was broadcast around the world. It was as though the entire population of humanity wanted to know. Former police officer Derek Chauvin has been declared guilty of the murder of George Floyd. He had pinned Floyd to the ground and knelt on his neck for nine minutes, thereby killing him. The murder was filmed, so the whole world could see it.

The media have been full of talk about justice. There is a widespread feeling that justice, at last, was done. But what is justice? How was it done? Similarly, when British justice is demanded for the murder of Stephen Lawrence, what does that justice consist of? How is justice more than mere revenge?

Justice means different things to different people. Characteristically, behind it lies a belief about the way things should be – a desire to put right what is wrong.

But how? Philosophers distinguish between retributive justice and distributive justice. Retributive justice claims that offenders deserve to be punished: the punishment restores the ‘moral balance’. But many people believe this moral balance doesn’t exist. It seems to imply that, whenever the law isn’t broken, all is well. Perhaps it’s just a way of suppressing dissent to maintain the status quo.

Distributive justice is about fairness. John Rawls’ classic 1960s defence of relative equality, A Theory of Justice, still has its defenders today. But also its critics. Why should life be fair? Robert Nozick responded to Rawls that any amount of inequality can be just: justice should be simply about making sure people honour their contracts. If we have evolved through ‘the survival of the fittest’, shouldn’t a proper account of justice, as Boris Johnson once said, allow the biggest cornflakes to end up in the top of the packet?

In a recent post I contrasted the ethical theologies of ancient Mesopotamian society and the first chapter of Genesis. These texts offer equivalent accounts of justice.

According to Mesopotamian theology (in the surviving records) the supreme god had designed the world to work in a particular way, and appointed kings to make sure humans behaved accordingly. The king had a god-given duty to punish those who offended against the god-given order. It was, of course, a way to justify extreme inequalities of power.

The Hebrew tradition was much more egalitarian. Justice was about ensuring that everybody’s needs were met. Deuteronomy in particular stresses the limits to be imposed on the power and wealth of kings.

Let’s now apply this distinction to George Floyd – and, for that matter, other such victims. What would justice consist of?

The demand for retributive justice may be nothing more than the desire for revenge. Chauvin killed Floyd so he deserves due punishment. Or since he killed, he should be killed himself. I guess some people feel this, and don’t think any further.

But it won’t do. Two wrongs don’t make a right. The moral balance hasn’t been restored. George Floyd hasn’t been brought back to life. The Black Lives Matter movement erupted precisely because there already was a widespread sense that there is no moral balance: that the prevalent balance is deeply immoral, discriminating as it does against blacks.

So the demands for justice are really deeper than the simplistic messages the media reports. Protestors are driven by a sense of the way things should be. Blacks should not be treated as inferior. There should be no racism.

It would have been astonishing if Chauvin had not been found guilty. On the other hand, in the context of American culture, for a white police officer to be found guilty of murdering a black man is also astonishing. In this situation, justice demands a lot more than heaping all the blame on one man.

Derek Chauvin belonged to a culture which was happy to treat blacks like that: what about all the others, who have also mistreated them but weren’t filmed actually killing one?

To put it another way: in our anger we want the murderer to be treated painfully, but in our better moments we long for a society where these injustices don’t happen. Which is more important to you?