From Creon to Putin “That Creon – He’s Putin Personified, Isn’t He?”

Rebecca Parnaby-Rooke: Disability in the Church

Have you been blessed by the algorithm? 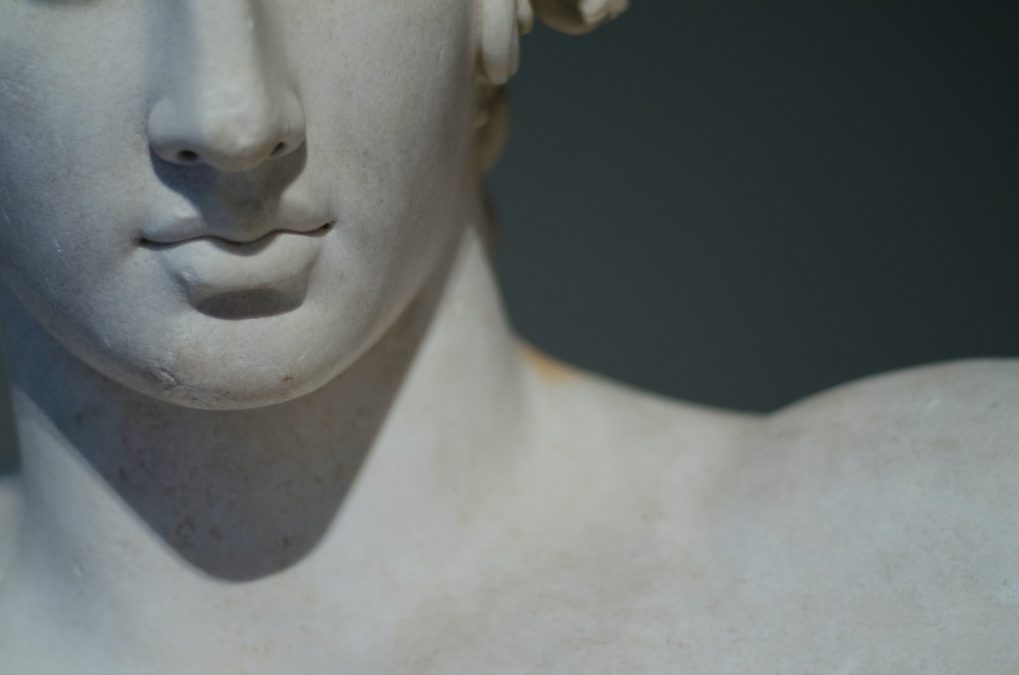 After 36 years, I sat down again to watch the 1986 BBC production of Oedipus at Colonus.  It was not an experience to have alone, hesitant though any companion might be, having an inkling of the dimension of the invitation.  The title is my wife’s interlude comment.  Her second, made after the climactic Messenger’s Speech, was, “It’s Biblical, isn’t it?” As she herself is, so are her comments my choice.  By “Biblical” I understand, “colossal dimension of meaning and reality.”  By personified”, I understand, “He was there 2,500 years ago and apparently he is still new.”

The players match the characters in stature:  Anthony Quayle as Oedipus, Juliet Stevenson as Antigone, John Shrapnel as Creon, Clive Francis as Theseus.  Don Taylor directs.  Not knowing Greek, he commissioned a scholarly translation and, being a playwright himself, shaped it for theatre performance. It captures the matchless penetration of the original. “Oedipus: My words are not blind.”

Wherein lies the power and 21st century relevance of OC?  It was Sophocles’ last play, written at the age of 90, the triumph of his art and last will and testament to humanity.  As he writes, the Spartan army is at the gates and will shortly pull down the walls of its historic enemy, Athens, the birthplace of democracy, art, philosophy and western values. The city itself, represented by its founder, Theseus and its patron goddess, Athene, is the unspoken prize. Every 21st century observer can find their own allusions:  tearing down the walls of a city, exiles searching for sanctuary, panic at the invading threat, blood relationships between adjacent nations, a UK government minister speaking Theseus’ words.  The drama is a unified whole on every level, a night-sky array of wonder. But on Attic and Ukrainian soil, the stakes couldn’t be higher.  Destiny is at the bar.

The opening lines demonstrate the play’s concentrated dramatic power. A literal translation of Oedipus’ opening words is: “Child of blind old man, Antigone, what lands have we reached and whose city?” “City”, as the last word, hangs as the pointer to all that follows.  The first word,“Child”, is an irresistible address to the emotions of the audience, pressed home by the appeal of “blind old man.”  Addressing Antigone, Oedipus denotes a father’s relationship. The associations and meanings are compact, graceful and determined.  The play is two plays in one. The tragedy, “Antigone”, is chronologically later but had already been performed.  The opening line, therefore, heaps tragedy upon tragedy.  If recognised, as it would be then and now, the impact is of an inner gasp.  Words and characters enter like a subdued full orchestra. Taylor: “Sophocles’ last work is one of the great summits of poetic drama, of a richness, range and wisdom to rival King Lear.”

The central action begins when Creon, king of Thebes, the city hated by Athenians, since it had sided with the Persian invaders, arrives, seeking to persuade Oedipus to return and lift the curse on the city.  Overweening and wheedling, he feigns, feints and fawns and ultimately is intent on taking his quarries by force.

Come home now.  We want you back,

I am heartbroken to see you in this condition,

On the road, like a tramp, with this one girl

To beg for you and nurse your miseries.

She should be married, but has no chance

While she’s on the road and penniless.

For rape, unprotected on the public highway.

For Athens, this was no time for anything but forensic rebuttal and curse.

Every kindly gesture, you manipulate

To serve your own advantage…….

You decided to kick me out, like a dog

At the back door, booted into exile!

You didn’t give a damn for either!…

…You disguise a hard-headed political tactic

With an appearance of generosity and concern.

What you will get from me is my curse, condemning

Terrible goddesses who inhabit this place,

Let me say one more thing in your presence.

Do you see my eyes?  They’ve been dark for years.

And now you have taken the one person

Who replaced them, my daylight, from me.

May the god of daylight, the sun, who sees everything

Reward you and all those you love

With misery and suffering and an old age like mine.

Theseus sums up, president of a supreme court.

Did you learn this sort of behaviour in Thebes?

I don’t think so.  The Thebans are civilised,

Not savages.  They would be ashamed to hear

Of your violence towards me and towards the gods  –

And an old man!

You have brought shame and ignominy

On a city that doesn’t deserve it, your own.

Melvyn Bragg’s episode, “In Our Time” on 24th March 2022, was dedicated to the tragedy “Antigone”.  The first contributor recalled that the reputation of the Jean Anouilh version was sealed when it was performed in Paris in 1944 during the German occupation.  It spoke to the nation.  The second recalled that the play was performed in the Gdansk shipyards with Antigone in dungarees.  The third looked for the emergence of a Ukrainian Antigone.  The evening news broadcasts held her in plain sight, the young widow whose newly-born child will never be held by his father.

Perhaps it is time for a repeat broadcast of “Oedipus at Colonus” so that nations my purge themselves of their curses on a 21st century Creon.

Peter Liddell holds degrees in classics and theology and a doctorate in pastoral psychotherapy.  He was Director of Pastoral Counselling for St. Albans Diocese and founding director of the Herts. and Beds. Pastoral Foundation, now the Counselling Foundation.  He is co-founder and a vice-chair of the Olive Harvest Trust.

He dedicates this piece to his five grand-daughters:  Tanya, who reminded him that it was some time since he had written something; Millie ahead of her degree finals in Jurisprudence; Thea, preparing for her A levels for Medical School;  Julia and Vicky for building his blogsite: pe2526ter.wordpress.com/