Freedom from lockdown: why do we love it so much? 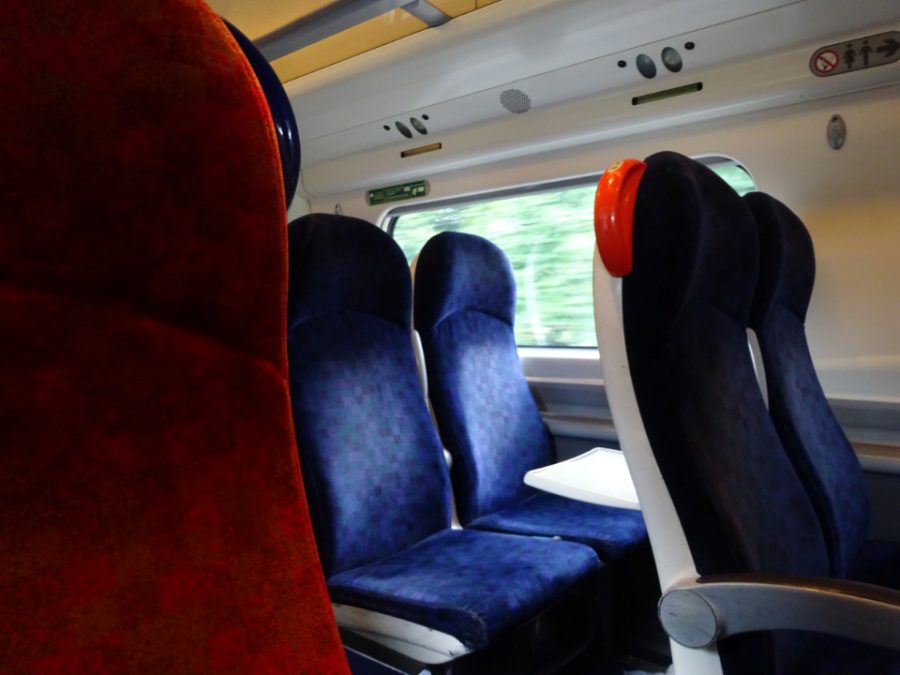 Earlier this month the UK Court of Appeal agreed to hear Chris Packham’s legal case against the planned HS2 railway. As one would expect from him, the appeal is on environmental grounds. His case is summarised in a short video and article.

This post asks why we would want the new railway anyway. How fast do we need to travel? What values do we have that make ever-faster travel seem a desirable objective? Do these values conflict with other values we have?

How fast is fast enough?

Ever since the invention of rail travel in the 19th century, busy travellers and holidaymakers have welcomed the idea of going further and geting there faster. It feels like progress. In the long run – though we can quibble about statistics – we generally spend the same amount of time travelling, but cover greater distances. Each new technology – the car, the bus, faster trains, aeroplanes – begins as an exciting new facility but ends up as either a luxury for the few or a necessity in a society restructured around it.

So each generation travels further than their parents, and need to because things have changed to require it. At any one time the latest innovation seems like progress. We don’t stop and ask: how fast is fast enough? How far is far enough?

Over the last few decades there has been growing resistance, motivated by different values. Faster travel means we can do more; but couldn’t we just relax and enjoy life a bit more?

Chris Packham’s case is that it also involves destruction – of trees, natural habitats and environmental resources. How do we compare the value of faster travel with the value of the natural environment?

Obviously there are no statistics telling us what to value. The nearest we can get are scientific measurements indicating human-induced climate change. But even if, as seems possible, we are on course for killing off our whole species, it is still possible to value one’s own luxuries here and now more than the future of humanity. In fact, when we don’t think about it and just go about our daily lives, we often behave as if we do.

What is it about our society that makes us value faster travel more than woodlands, fields and wildlife? We have been taught to think of it, along with other new technologies, as an example of progress. So what is progress?

The idea of progress

The idea of progress is endemic to Western society. Early Christianity popularised it. Before then, it didn’t exist in the pagan Roman Empire. Pagan Romans believed individual lives could improve, but only at the expense of others; overall improvement was not on the agenda. Christians were more optimistic about improvement for society as a whole.

The early Christians got it from their Jewish predecessors. The Hebrew scriptures have the concept of shalom, which refers to a situation where everything is as it should be – peace, harmony, happiness. The belief that this is achievable was derived from the belief that we have been designed for it by the god who created us.

For the early Christians, like their Jewish predecessors, progress was moral. It was about how people treat each other. Progress meant challenging the top-down patriarchal society in the name of an equality where everybody’s needs were met.

Later, when Christianity became the official cult of Roman emperors, things had to change. The top-down patriarchal society had to be reaffirmed. The Jesus crucified for challenging Roman oppression was replaced by the Christ who brought salvation to the human race through the Atonement.

So in the dominant medieval version, progress was about using this life as preparation for the next. We are sinners needing salvation. Especially towards the end of the Middle Ages, there was a strong sense that we are all dreadfully guilty. Hope for the next life depended on what Christ, and perhaps also the saints, could do for us. Two ideas went together: otherworldliness and sin.

When the Renaissance and Enlightenment reacted against this pessimism, they opposed both. By reaffirming the potential of this earthly life they were reverting to biblical and early Christian values.

They knew, of course, that the world as it was wasn’t perfect, but they also wanted to remove the emphasis on human sin. So they treated the natural environment, rather than people, as fallen.

From then on a new idea grew: that humanity’s task was to control nature, and change it for the better. From then on, for Western intellectuals, subjecting the natural environment to human control has become the main content of what we mean by progress.

At first it was just an idea. Over the centuries it gathered pace. Since the 1960s we have been technologising our lives at an ever-increasing rate.

For people brought up with these values, the fastest possible trains are something to celebrate. They are celebrated even by people who could never afford a ticket from Manchester to London, or want to go there. It just fits the idea of progress that we have inherited. What would also fit is the idea that 30 years later HS2 will be scrapped because even newer technology will produce even faster trains.

In practice, progress-as-new-technology has become a treadmill. The statement ‘You can’t stop progress’, once a cry of optimism, is now more often a cry of despair, a resignation to the juggernaut of unwelcome changes deemed ‘progress’ by the people who impose them on us.

I vaguely remember from my 1950s childhood a school lesson where we learned something exciting: somebody had manufactured a car that could could go at 60 miles per hour! Today, to match the astonishment, HS2 will have to exceed 250. Same excitement, same failure to ask who will benefit and at whose expense. Probably, also, the same timescale before it ceases to be interesting.

Each innovation is exciting at first, but demands resources that could have been spent otherwise. Eventually we get used to it and adjust our lifestyles to accommodate it.

Because new technologies don’t make us treat each other better, they don’t solve our biggest problems. And, as Chris Packham has pointed out, they sometimes do a lot of damage.

The early Jews and Christians were right after all. Real progress is about shalom: for all of us to live together in peace and harmony. For that, we don’t need faster trains. But we do need to value the natural environment we have been put in.