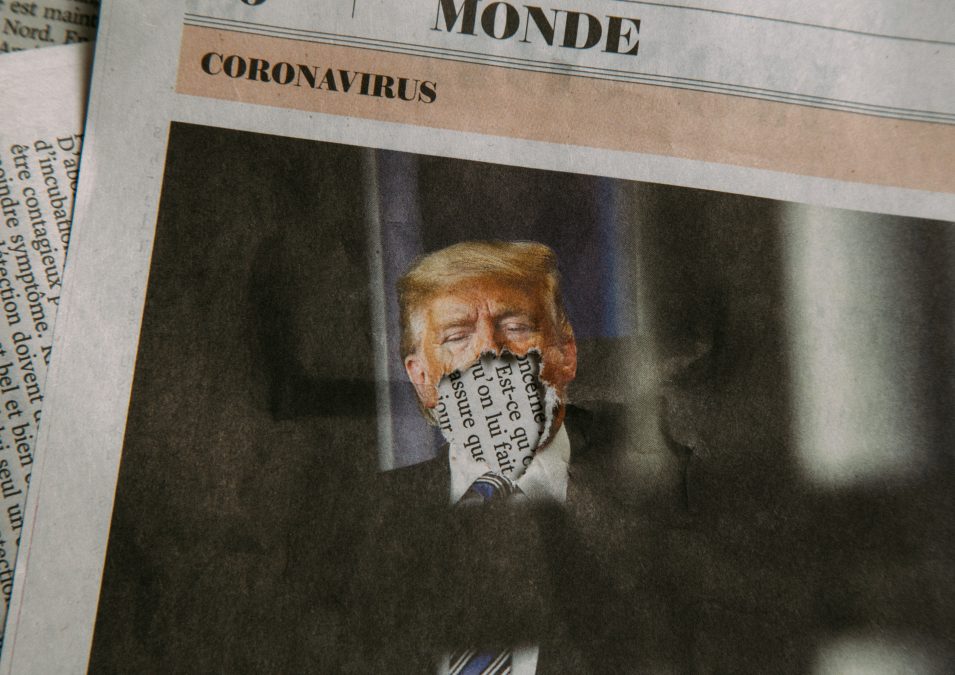 I was recently involved in a surprisingly heated debate about whether or not one should refer to Trump as a ‘fascist’.

As a history graduate, I understand the reticence to use the term in a modern context. For many, it conjures up images of marching jackboots, concentration camps and a moustachioed man receiving a peculiar salute from civilian and military personnel alike. To fling the term at the elected leader of a proud democracy, one garbed not in military uniform but in a businessman’s suit, seems to diminish it. Surely this business-owning celebrity, infamous dullard and ‘the leader of the free world’ is not a comparable figure to Hitler or Mussolini? Trump is a harmless idiot, the butt of the joke, the guy who struggles to walk down a ramp or lift a glass of water to his lips.

The continual addition of clips to Trump’s bloopers reel, fuelled by his unfiltered and unchained use of Twitter, steals the oxygen from those uncovering a multitude of human rights abuses to which the American and international communities are becoming increasingly numb. Jokes about building the wall cover the near 400,000 immigrants detained in 2018, Trump’s ‘Person, woman, man, camera, TV’ deflects from his atrocious handling of the global Covid-19 pandemic and the infamous ‘covfefe’ tweet provides light relief for, well, just about anything.

These moments punctuate coverage of Trump’s atrocities, including the recent deployment of his hand-picked militia of paramilitaries in Portland. They wore no badges, used unmarked vans to kidnap protestors and did not answer to the State Governor, who repeatedly asked Trump to remove them. The troopers were recruited from units untrained in crowd control but, in a move reminiscent of a Roman emperor’s Praetorian Guard, were selected from units known to be loyal to Trump –  mainly from US Customs and Border Protection (CBP). If we were awaiting a sign, a ‘red flag’, for when America became a dictatorship rather than a democracy, surely this was it. Are we now just waiting for the American state to start killing its own citizens? Because we are there too, in case you hadn’t noticed.

Republican efforts to suppress voters have accelerated under Trump, who is attempting to capitalise on the Covid-19 pandemic to ensure it is as unsafe as possible to vote in person and as difficult as possible to vote by mail. Tweets aimed at subtly undermining trust in the postal vote system include “RIGGED 2020 ELECTION: MILLIONS OF MAIL-IN BALLOTS WILL BE PRINTED BY FOREIGN COUNTRIES, AND OTHERS. IT WILL BE THE SCANDAL OF OUR TIMES!” If you still want to vote by mail? Well, Trump has appointed a Republican fundraiser as Postmaster General, the latest in a long-line of attempts to underfund, undermine and under-resource the postal system. Already, overtime has been cut for a postal service that was barely surviving before the world moved to online shopping as a result of the pandemic. Late delivery of postal votes and stringent laws on the matching of signatures have also seen thousands of votes wiped off the slate in state elections. Making certain forms of ID a requirement for registration has also disproportionately affected racial minorities with Barack Obama stating, “We’re the only advanced democracy that deliberately discourages people from voting.” Whilst all of this will undoubtedly hurt Republican numbers, these measures are designed to target BAME voters, who have been hit hardest by Covid, are least likely to have ID, and have predominantly voted Democrat. If you want to know more about suppression tactics, I would suggest this excellent article from the New Yorker.

I was watching live as Trump’s troopers cleared Lafayette Park. I was watching footage not from a TV broadcaster but from a handheld smartphone of a protestor, broadcast on Youtube Live; I was, in a sense, there with the protestors – seeing whatever was happening mere seconds after the protestors were seeing it. Except I was sat on my couch, thousands of miles away in the UK. Like the protestors, I had no idea that someone (to date it is unclear who) was about to order police to clear the park. It took me by surprise. As events unfolded, protestors were shot at with rubber bullets and tear gas, it became clear why this episode was happening. Seeing Trump emerge from his bunker so he could take a photo outside of a church with a Bible clumsily held in his little hands made me feel ill – this was the moment that would define the Trump presidency for me; a fascist wannabe dictator held a Bible for a few seconds, looked at the cameras and then departed. Trump later claimed he did not know there were protestors outside, despite spending time in a bunker a few days prior, fearing the same protestors. A dullard he may be but harmless he is not.

The pampering to the American evangelical right continues with Mike Pompeo giving his highly unorthodox, most probably illegal speech at the Republican National Congress whilst standing atop the King David Hotel – the twinkling lights of Old Jerusalem behind him. All of this is vacuous in the extreme. When asked about his ‘favourite book’ – the Bible – Trump was unable to name a single verse, quickly moving the conversation to his second-favourite book, the one he had ghostwritten – The Art of the Deal. In case you haven’t watch it, the clip can be found here. It is now clear Trump is using Christianity as a near-transparent shield for his fascist regime, in order to pander to a base of American evangelicals who seem to have willingly blinded themselves to the suffering, capture, detainment and murder of their neighbours.