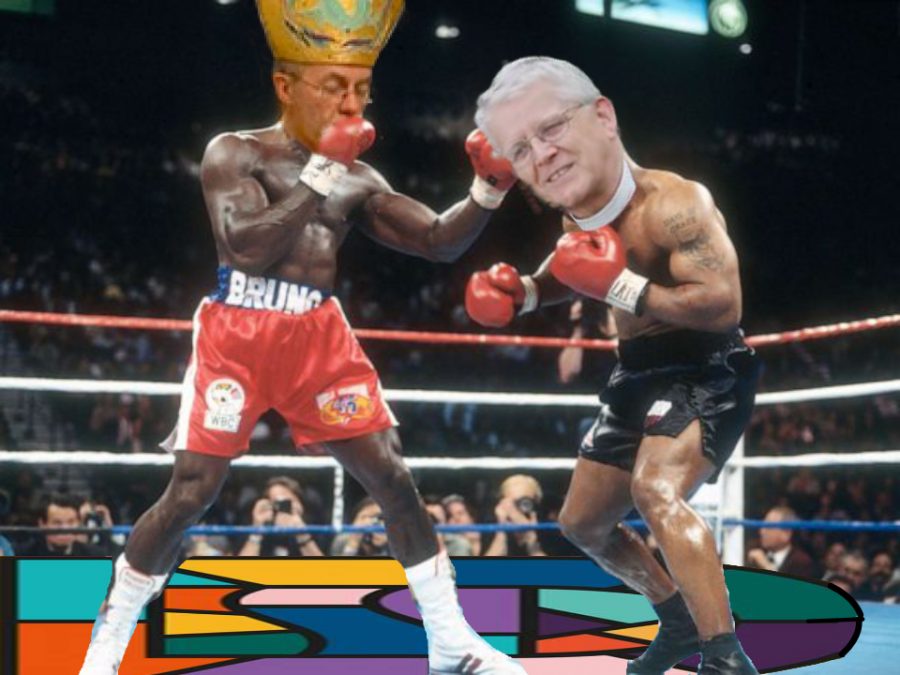 The Church of England’s long-awaited book Living in Love and Faith has now been published. It describes itself as ‘Christian teaching and learning about identity, sexuality, relationships and marriage’. It doesn’t make a decision on the ethics of same-sex partnerships; for that we must wait till 2022.

Views are polarised. Should Christians accept gays and lesbians as equals, refuse to discriminate against them and and treat them the same as everyone else? Or should we have faith in the Bible’s texts condemning same-sex activity? Love or faith?

Schism is threatened. The Church of England Evangelical Council has produced a video in which its President, Julian Henderson the Bishop of Blackburn, announces that plans are being prepared.

On the other hand Justin Welby, the Archbishop of Canterbury, pleaded for people to enter into the nuance and complexity of the topic, claiming that ‘It is not as simple as some on all sides of the discussion like to pretend’.

For once I agree with Henderson. Whatever archbishops say, there will be no reconciliation between these two opposing sides – in 2022 or ever. They hold contradictory positions. Neither Justin Welby nor the Archangel Gabriel can reconcile them. It’s just that I think Henderson is on the wrong side.

Both sides accept that the disagreement is largely about the authority of the Bible. If there is ever to be a resolution, it will have to decide between different ways of reading it.

To resolve any disagreement, there has to be an agreed framework – a basis for negotiation that both sides can accept. Typically, that framework is an agreed account of reason. Components of reasoning include the rules of logic, agreement about how to establish facts and commitment to the search for truth. When we disagree about football or economics or Covid-19, we presuppose these elements of reason. Using them helps us clarify why people see things differently.

This is the situation with the current debate. Some biblical texts forbid same-sex activity. One side puts them into the rational mix along with everything else. The other side treats them as transcendent commands for all times and places, taking priority over all other facts and all human logic.

This is why reconciliation is impossible. There is no agreed framework for debating the issue. Either biblical texts do take absolute priority our common sense, our experience of life, our research into the effects of homophobia, our information from other sources, and everything else, or they don’t. One or the other. There is no halfway. On this point, Henderson is right.

The Bible rarely mentions same-sex partnerships. If it has supreme authority, what about all the other things it forbids – like interest on loans, a ban upheld by the Roman Catholic Church until the 17th century? Why so much fuss about that one issue?

There is an answer. One problem with granting so much authority to every statement in the Bible is that there are thousands of them. If you believe every one is God’s truth for all people at all times you will never run out of things to disapprove of. Some biblicists have denounced capital punishment, some evolution, some adultery, some the stock market – the possibilities are almost endless.

Attempting to abide by one creates tension with others. This is why the tradition of biblical literalism has been so divisive ever since it began, in the early Reformation. If the Bible transcends all human reason, every disagreement shows that one side is rejecting the Bible’s teaching. Disagreements can’t be tolerated. But they are also inevitable. People my age can still remember the days when pretty well every market town had churches and chapels built across the road from each other, from the time when half the congregation had walked out to build their own in disagreement over some item of doctrine.

In 1997, in preparation for the 1998 Lambeth Conference, a gathering of biblical literalists in Kuala Lumpur decided they would have more impact if they concentrated on just one issue. Most of those biblicist groups opposed same-sex partnerships. Choosing that one was a pragmatic decision.

It worked. At the 1998 Lambeth Conference Resolution 1.10 agreed to refer to ‘homosexual practice as incompatible with Scripture’. More proposals followed.

In 2002 the campaign became front page news, and remained so for ten years. Why? What happened in 2002 to give it such an airing? In retrospect it seems incredible. The big catalyst was, believe it or not, the announcement that Rowan Williams was to be the next Archbishop of Canterbury. There was an immediate campaign to prevent him from taking up his post because of his liberal views on same-sex partnerships.

From then until 2012 the issue was kept in the public eye by an official proposal for an Anglican Covenant empowered to somehow demote provinces that didn’t formally denounce same-sex partnerships. It failed when a majority of Church of England dioceses voted against it.

The anti-gay campaign is a slowly dying movement. It attracted supporters to its churches for a while. Now it more often puts people off. But its leaders still have a lot of money, and power to frighten archbishops worried about declining numbers.

Love is concerned about how we treat our fellow-humans. There is no shortage of evidence of the harm done to gays and lesbians by discrimination against them, inside and outside the churches. But this information isn’t in the Bible.

Faith can be placed in many different things. Some put their faith in the theory that every sentence in the Bible is God’s instruction to all people at all times. The history of western Protestantism shows how that theory sets Christians against each other and produces intolerance.

There are other, better Christian accounts of faith – for example, faith in a God of love, who cares for us all despite our errors and sins, and doesn’t want anyone to be discriminated against.