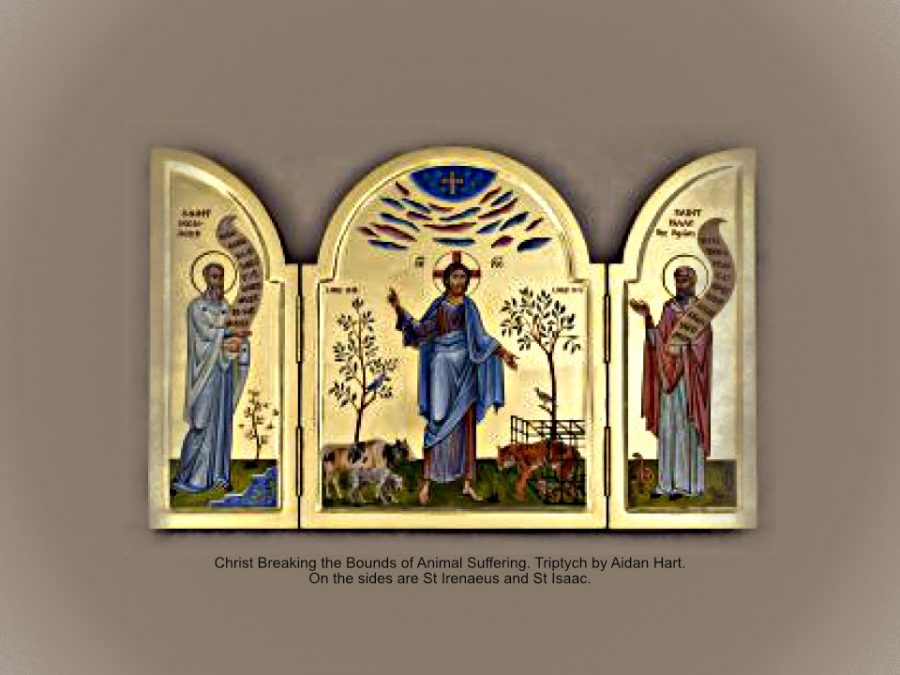 Now that we are looking forward to getting vaccinated and once again hugging our friends, it’s easy to assume that this year’s pandemic has been a one-off.

But how do we know there isn’t another one on its way? International efforts to deal with Covid-19 have been about cure rather than prevention. There has been precious little interest in how to avoid causing future pandemics.

This post is inspired by an article by Christina Nellist in the latest issue of Green Christian. Nellist is an Eastern Orthodox theologian specialising in animal suffering. She argues that our pandemic was ‘entirely predictable’ and will be followed by others:

Similar zoonotic diseases – the influenza pandemic of 1918, HIV, Ebola, MERS, SARS, H1N1 Swine flu and H5N1 avian flu – all arose initially from similar situations, either where animals and humans were confined in close contact allowing animal-human spread, or from the ingestion of meat from infected wild animals.

Nellist has visited wet-markets in China, Vietnam and Cambodia. She describes how animals – both domestic and wild – are kept ‘in appalling conditions and unnaturally-occurring confined spaces’. When animals are under stress they are more likely to spread a virus. When large numbers of animals are kept in confined spaces and given substandard food, diseases spread easily. This is the most likely context for a disease to jump from another animal to humans.

Although Covid-19 originated in China, Nellist reminds us that Britain also has intensive farming systems prone to causing disease:

An example is variant Creutzfeldt-Jakob Disease (vCJD) caused by feeding cows animal remains. In order to keep infections low, it is common practice for farmers to use and overuse antibiotics, contributing to antibiotic resistant superbugs now found in our societies. Such intensive systems cause immense suffering to animals; besides distress there are dislocations, broken bones, internal injury and death.

It’s a kind of spiral. Our value systems promote the idea of refusing to live within the limits nature sets for our lives. Instead we prefer to dominate it and change it to suit our preferences. When we do, nature hits back. The changes we have made hurt us in ways we hadn’t foreseen. We respond to the new hurt not by realising that we had the wrong values in the first place, but by blaming nature all the more, and designing yet more changes to it. These extra changes usually hurt us in more ways again, and round and round we go. Technology pitted against the environment. There is no doubt who will win in the end.

If you’ve ever been in a car accident on a motorway, you have probably puzzled about police priorities. They zoom up in their noisy cars, making sure everybody knows they are there, and the first thing they do – before looking to see whether anyone is still alive – is to put cones on the road round the accident site. Yes, the top priority is to make sure one accident doesn’t cause another.

In the case of Covid-19 we haven’t got that far. There were already lots of campaigners arguing that we should treat animals better, even if only for our own sakes. To prevent future pandemics we should be listening to them. Our top priority – the equivalent of those police cones – should be to stop treating animals so badly. Why isn’t this a major part of public discourse about Covid-19?

As a Christian theologian I believe we shouldn’t blame nature for our ills, as though nature was a tragic disaster we just have to put up with. It is a central theme of Judaism, Christianity and Islam that we have been given a good world by a generous God. The things that go wrong are because of the way we behave.

We need to rethink our values. There is a proper place for changing our environment. After all, every plant and animal does that. But the others do it in ways that enrich the environment. They do not destroy it, let alone take pride in destroying it.

As one environmental catastrophe succeeds another, it becomes increasingly urgent to learn once again how to live well in harmony with nature, the way we have been designed to live at our best.