Martyn Percy: Embrace the “Tutufication” of the Church of England Part 3

Martyn Percy: Some Critical Comment on “Bishops and Ministry Fit for a New Context” 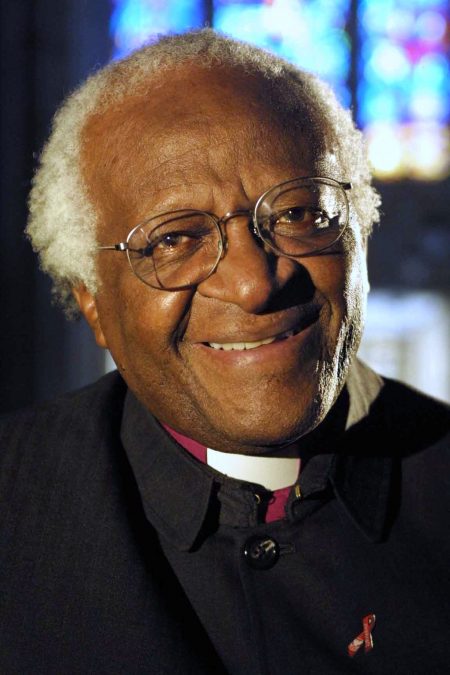 Three: Finding Our Courage and Conviction

Discussing the quotations above, how do we become more alert to the divisions in our society, and to engage with them and break them down?  What more can we do to wake the Church up to its calling to be a reconciling body that treats and values all as God does: with love, equality, truth and justice?

Jesus’ healing ministry as recorded in the gospels appears to be extremely discriminating.  On only four occasions is a healing recorded in a building used for religious purposes (see Mk. 1: 23-27, Mk. 3:1-5, Mt. 21: 14 and Lk. 13: 10-13, and their Synoptic parallels).  In two of these four cases, it is a woman who is healed, whose actual right to be there is in question.  In every other case, healings by Jesus take place outside any community of faith, except where “crowds” or the poor are deemed by an Evangelist to constitute a group of faithful people. Jesus’ friends or relatives are not usually the beneficiaries of his healing power either.  In fact, of those who are healed, we know little, not even a name, and certainly nothing of the long-term response of those who are healed.

In virtually every healing story – and there are over forty in the gospels – the person healed is politically, socially or religiously disadvantaged – unloved or unnoticed by the majority of onlookers or witnesses.  The gospel miracles then, are a record of Christ reaching out to the marginalised, dispossessed, cast-out and cursed in society and from faith communities. There is even a sense of urgency about this within the context of the Messianic mission.  The woman healed of a crippling infirmity in Luke 13: 10-17 is healed on the Sabbath: first century Rabbinism allowed for such healing, but only when there was danger of death, which the narrative strongly suggests was not the case. John Fitzmyer describes this healing as “the welfare of a human being [taking] precedence over . . . religious obligations.” The thrust of the narrative is to contrast the jealousy or scepticism of the “leader of the synagogue” (v.14) with the plight of the “daughter of Abraham”:

It is clear that the overwhelming focus of Jesus’ ministry lay with the poor, the unknown and the excluded of his day.  So, the healings themselves can be seen as activity which characterises the love of God for the forsaken and damned, especially those who are victims of religious, moral and societal exclusion.  This love even extends to including those of other faiths, with no conditions attached; nobody becomes a Christian in the gospels, or is compelled to believe anything because of a miracle.

As Mary Grey says, the healings of Jesus are “characterised by a redemptive mutuality in which people come into their own”. This is endorsed in some of Jesus’ encounters with others even where a physical healing does not take place.

There is a further dimension to the healings of Jesus that should be mentioned, which places his ministry in sharp contrast to much of today’s charismatic healing movements.  It is the notion that there is some sense in which Jesus takes on the suffering and affliction of the individuals he cures, such that it becomes part of him.  This view would not have been strange to the Early Church Fathers whose progressive move towards a richly incarnational theology required them to conclude that what was not assumed could not be redeemed.  So, Jesus risks social ostracization when he dines with Zacchaeus, consorts with sinners, and receives women of dubious repute into his company, precisely in order to take on their brokenness, as well as take on the taboos of society that maintain structures that divorce the secular from the  sacred.

It is no different in the healing miracles themselves.  Noting the story of the haemorrhaging woman in Luke 8:40-56 (c.f. Mk. 5:21-43 and Mt.9: 18-34), what is striking about it is Jesus’ willingness to touch or be touched by an ‘impure’ woman.  Although modern readers of the text may find this aspect of the narrative difficult, the significance of Jesus’ action should not be underestimated, since she defiled the teacher which, according to Levitical law, she would have done for she was in a state of permanent uncleanness, polluting everyone and everything with whom she came into contact.  Her poverty – “she had spent all she had” – is a direct result of her affliction.  Yet Jesus, apart from healing her, also seems to challenge the social and religious forces that have rendered this woman “contagious”  Jesus calls her “daughter” in all three accounts, and all three Evangelists stress the woman’s faith.

Interestingly, the Synoptic accounts of the haemorrhaging woman are all paired with the raising of Jairus’ daughter.  Again, the issues of impurity (touching a corpse) and of menstruation occur: the girl is twelve, and her untimely death clearly prevents her from entering womanhood.  Jesus declares her “not dead, but sleeping”, and his touch, resulting in his defilement, raises the girl.

Modern readers might well struggle with these texts, and wonder what all the fuss is about in relation to normal issues in “feminine hygiene’”  But contemporary society may not be quite as progressive as it imagines.  The story of how the Samaritans began – the organisation founded in 1953 by the Reverend Chad Varah – has some resonance with the story of Jairus’ daughter.  Varah’s inspiration came from an experience he had had as a young curate in the city (and diocese) of Lincoln.

Varah had taken a funeral for a girl of fourteen who had killed herself because she had begun menstruating, and was mortified that the girl had to be buried in un-consecrated ground, with parts of the burial liturgy redacted as it was a suicide.  Varah became concerned about the state of sex education for teenagers in the city, and started to work with young people, especially listening to those who were contemplating suicide.  Varah’s Samaritan movement grew rapidly when he subsequently moved to London.  Within ten years, the Samaritans were a sizeable charity, offering a supportive and empathetic listening service which is not political or religious.

So, the story of Jairus’ daughter and the older woman (both unnamed) are remarkable.  The pairing of these two stories seems to turn everything around.  A woman becomes a daughter, and a daughter becomes a woman.  Moreover, we might also allow ourselves a little speculation.  What is the relationship between Jairus and the bleeding woman?

Jairus is the Synagogue Ruler, and would therefore have an instrumental role in policing its precincts, keeping the impure and undesirable out.  So now we have a story about immediacy and patience.  The woman has waited for twelve years – and probably been excluded from worship for the same period of time.  One of the subtle yet blunt exercises of power is to make people wait, or be kept waiting.  If you are in power, people wait to see you – or you keep them waiting; it is the powerless who must wait.  For that appointment, the letter, the news, the interview – waiting is a form of powerlessness.

Jairus has kept this woman waiting for years; but he wants Jesus, to heal his daughter, right here, and right now.  What does Jesus do?  He dawdles! He gets distracted by an apparently pointless brush with a member of the crowd, and keeps Jairus waiting – and for too long.  Where is the lesson in this?  This is a miracle with a moral.  So, we are now in a position to understand the significance of Jesus’ encounter with the two women, and their “healing”, or indeed, why Jesus bothered at all with lepers and all the other untouchables he embraced.

When, in the midst of the dynamics of this particular understanding of the relationship between an “impure” body and the social body, Jesus reaches out and touches the unclean and declares them healed, he acts as an alternative boundary keeper in a way that is religiously and ritually subversive to the established procedures of his society.  Jesus disrupts and undermines the social order that declares such people outcasts.  So, Jesus makes possible a new community that now refuses to be founded upon the exclusion of the other.  Desmond Tutu said: “If you are neutral in situations of injustice, you have chosen the side of the oppressor”, and “we should all unite in our commitment to never let religion compromise justice”.

Whilst these elements we can now see in these gospel accounts may be implicit in the text, or buried by “traditional” forms of exegesis, their uncovering raises serious issues for the contemporary Church in its healing ministry.  The taking on of another’s affliction is not something many would contemplate, particularly if that requires the “healer” to then be regarded as also being “handicapped”, “defiled” or “a sinner”.

So, our reading of this healing miracle in the gospels suggests three things to me.  Firstly, that touching and embracing the afflicted, in the widest possible sense, is critical to Jesus’ ministry.  Secondly, that judging the cause of sickness, or naming it as “sin”, has no place in Jesus’ ministry.  Thirdly, that (somehow) inculcating the sickness itself into the body of Jesus was important. When the Church dares to live like this, as the broken body of Christ for the broken themselves, (the Body Language of God) there is healing and redemption in abundance.  Can we find the courage and conviction to become such a body?