Sex as a blessing 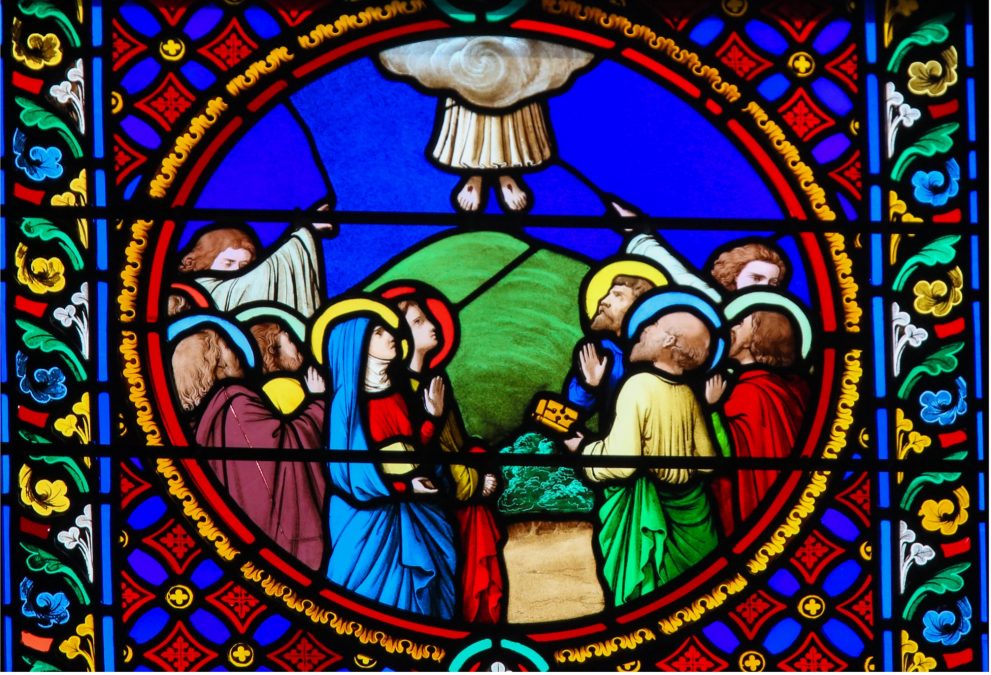 “When he had said these things, he departed upwards”  (Livy)

Dennis R. MacDonald points to the resemblance between Luke’s narrative and Livy’s description of the ascension of Romulus (‘Luke and Vergil: Imitations of Classical Greek Literature’, Maryland: Rowman & Littlefield, 2015).

Suddenly a storm kicked up with a loud crash and thundering;  it covered the king with such a thick cloud that it prevented the crowd from seeing him.  From that point on, Romulus was no longer on earth.  Once their trembling had subsided, once a serene and sunny calm returned after such a chaotic period, the Roman throng saw the royal throne empty; ….they remained for some time despondent and silent, as though smothered with fear of abandonment. Then, at the initiative of a few, everyone hailed Romulus as a god born of a god, king and father of the Roman city, and implored him with prayers for peace to graciously protect their progeny for ever……………Proculus Julius announced to the senate that he had seen the ascended Romulus. ‘Today, at dawn, Romulus, the father of the city, suddenly descended to me from the sky and met me.  As I stood there reverent and overcome with trembling, I begged him with prayers that it may be possible to look on him without causing offence.  He said, “Go and announce to the Romans that it is the will of heaven that my Rome be the capital of the world. ……………” When he had said these things, he departed upwards.’

Writing about 25 B.C., the historian of Rome’s Golden Age presents its official history from the city’s foundation to the accession of Augustus.  Livy and Luke have the same purpose, although they understand it differently: all history points to its present fulfilment.  Virgil, Livy’s contemporary, was read as a text-book in his own lifetime. It would be surprising if, a century later when Luke was writing, there was not complete familiarity across the Empire with the works of both these writers, especially by one who as a physician would have been educated in philosophy and the arts and given also his own mastery as a writer.  On this supposition, Luke’s readers had Livy as background against which to set his narrative.

What does this do for the historicity of Luke’s account?  This is a question for the modern  mind, not for the writers of the period.  For them, imitation was a compliment to the past and a compelling contribution to an author’s argument.  ‘By emulating esteemed literature of the past……(Luke sets out to) establish and vindicate a new social, cultural and political identity.’  (MacDonald p.203).

What  Luke changes is as significant as what he accepts. Romulus was the first king of Rome and was celebrated by Livy as the author of its military prowess.   His ascension  takes place as he reviews his army on the Campus Martius, a fitting final scene for one whose father was the god of war, Mars. This is not a promising model for Luke.  Nor would Livy’s own assessment of his sources have escaped him.  ‘Traditions which belong to the time before Rome was founded are rather adorned with poetic legends…….It is the privilege of antiquity to mingle divine things with human…..’  (Preface 7).

From this unpromising context, Luke builds his canvas.  He abandons the military context, which would not be lost on his Roman readers, some of whom might be willing to grant his courage for challenging the Empire’s historian.  Luke’s Ascension, though monumental, is brief.  Its understated significance is conveyed by the fact that it is narrated twice.  Its shape and prominence is set within a slowly unfolding narrative of silence, wonder and disbelief;  memory, grief and trauma;  kinship, friendship and mother-son/Father-Son relationship;  prophecy and apocalypse;  calling, revelation and mission;   political and social renewal;  personal and global;  human and divine; prayer and worship.

Luke and Livy converse. Luke follows Livy: ‘Ye shall be my witnesses….unto the  uttermost parts of the earth.’  Livy anticipates and reinforces Luke: ‘From that moment Romulus was no more on earth,’ conveyed in Livy’s Latin with the force, simplicity and totality of a decree. ‘nec deinde in terris Romulus fuit.’  (nor from thenceforth on earth Romulus was).  The fuit is not narrative but existential.  The usage anticipates John 1.1 in principio erat verbum  just as the phrase deum deo natum  anticipates the Creed. These usages illustrate the flow of ideas and understanding from which the beliefs we have inherited emerge.

Luke raises questions, the answers to which are to be found in his silence.  How to account for the empty tomb?  Luke’s answer is to offer two men in white apparel, linking the Empty Tomb and the Ascension.  Livy’s answer: It is empty because ‘Romulus was no more on earth.’  Luke no more needs to provide further explanation than he does for how the Companions at Emmaus managed to return to Jerusalem when it was already evening and the day far spent.  He is not interested in a ‘how’.  The unfolding revelation of the Walk and the Supper are all that needs to be said. The Companions’ place is now back in Jerusalem.

Which is where Luke takes us and leaves us.