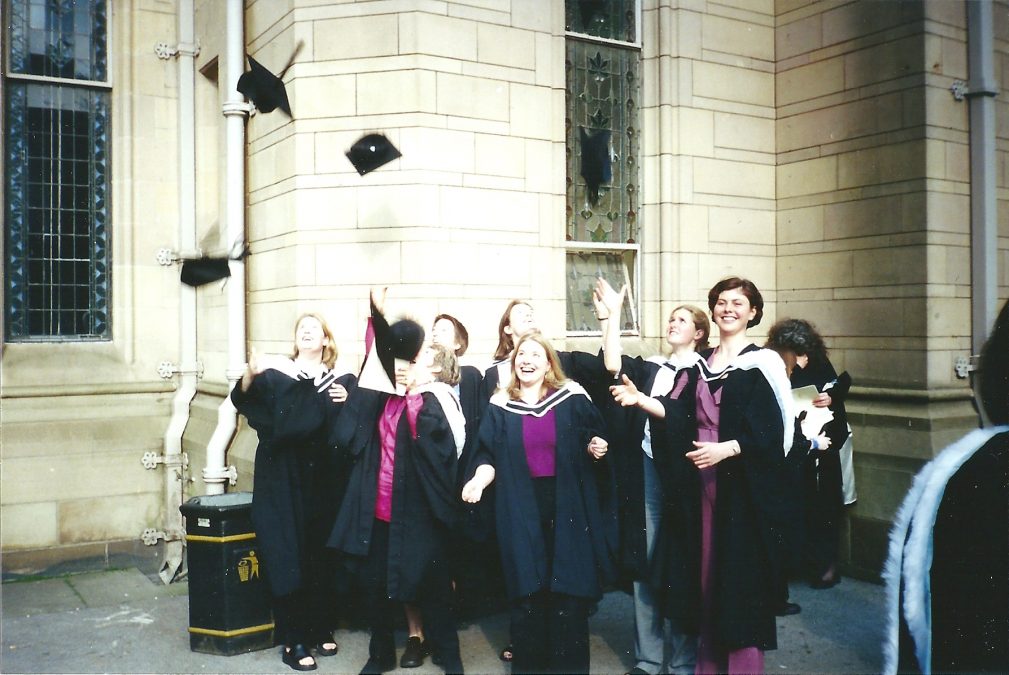 It isn’t just theologians who are horrified by Chester University’s plan for compulsory redundancies in its department of Theology and Religious Studies. The Church Times reports that more than 800 religious leaders and academics have signed a letter describing it as an ‘unnecessary act of vandalism’.

But it’s a sign of the times. This post addresses the bigger picture. Why, many ask, should the state invest at all in the teaching of theology and religion? Or, indeed, in any arts subjects? Shouldn’t all the emphasis these days be on the STEM subjects – science, technology, engineering and mathematics? Isn’t this where progress is to be found?

It’s a popular theory, but it’s wrong. It presupposes a particular idea of progress: that human life can be improved by manipulating the environment around us, to get what we want while never asking whether we want the right things.

It’s true enough that we can all see a lot that is wrong with the world. There is widespread starvation, illness and homelessness.

But what is to be done about it? The prevailing assumption is that remedies are to be found in new technologies. Technology in turn needs science and mathematics. These, therefore, are where state investment in education is increasingly directed.

This way of thinking pervades our society so widely that it is hardly necessary to cite examples. But here’s one. Covid-19 has caused huge numbers of illnesses and deaths, and has restricted normal activities through lockdowns. It is just so easy to tell the story as a battle between humanity and the environment. The environment produced Covid: science, in the form of vaccines, will conquer it. It’s the kind of story we keep hearing: the more science and technology we have, the more we can conquer the bits of nature we don’t like.

You don’t need to be a member of the Green Party to realise how disastrous this is. Climate change, the extinction of species and pollution of land, air and water are building up nightmare predictions of our future. The sciences themselves tell us this is the wrong way to relate to the world around us.

The message isn’t new. For thousands of years, the world’s major spiritual traditions have told us to relate to our environment in a more respectful way, that recognises limits to how we should use the natural resources around us.

I’ll tell the story as it happened in Christianity. This is the one I know about. It’s also the ground in which the destructive mindset first grew.

Ancient polytheists could blame gods for whatever they didn’t like. One god created a habitable world, another god messed it up. Jewish monotheism rejected this divine conflict. The first chapter of Genesis describes a perfect world created by a perfect god. So what has gone wrong? The story of Adam and Eve offers a kind of theodicy: God has given humans free will to obey or disobey, and we suffer from the results. This ‘free will argument’ is still the main defence of monotheism.

But the polytheistic influence entered early Christianity. The story of Adam and Eve eating the forbidden fruit came to be interpreted as a once-for-all destruction of God’s original creation.

Augustine’s account of the Fall became standard Christian doctrine throughout the Middle Ages. According to Augustine, an originally perfect world ceased to be perfect because of Adam’s sin.

Still, the imperfection related to humans. It was humans who disobeyed; the rest of nature continued in its perfect state. Things would be put right with less human sinning. Nothing else needed changing.

A thousand years later Europe was devastated by the Black Death. There followed three centuries of plagues. The natural environment didn’t seem at all benign. Augustine’s theory got turned upside down.

The change is best illustrated by the writings of Francis Bacon. Bacon argued that, when Adam and Eve ate the forbidden fruit, nature fell from its perfection. How could it be restored? By the use of science and technology, gifts from God to humanity. Since then the cult of science and technology as the means to improving the lot of human life has grown and grown.

In the process, it has changed. Bacon thought the task of controlling nature was a limited one. In a while, how the world worked would be fully understood and the original perfection would be re-established. Full stop. But today, Bacon’s successors know of no full stop. The project of never-ending technological innovation is an endless treadmill, as we find out when we delight in our top-of-the-range mobile phone only to discover a year later that it is obsolete.

The cult of progress-by-technology has suppressed alternative possibilities. When we want something and can’t have it, sages through the ages have advised that often we need to to reduce our wants rather than increase our possessions. A sentiment like this now seems blasphemous; if everybody thought like this, what would it do to the economy?

Bacon’s vision worked in its own terms, but now urgently needs to be rejected. Our biggest crises are caused by the blind spot it has created: our determination to get whatever we want, regardless of the effects on the environment and other people, without ever asking whether we are wanting the right things.

Bacon was wrong. Augustine was better. Genesis was right. We need to value the natural environment as a gift to be valued.

Let’s go back to Covid and ask how we could have responded. Governments have imposed lockdowns, mandated masks and produced vaccines. These actions express the humanity-against-nature agenda. In the immediate circumstances it is right to do them.

What they haven’t done, and should be doing, will be more important in the long run. We know that Covid-type viruses come from close proximity between humans and wild animals, particularly when the animals are suffering stress. To prevent further such pandemics, two things need to stop: keeping animals in cruel conditions, and invading land where wild animals have so far been left undisturbed by humans.

Why aren’t these being done? Why are there no serious international attempts to tackle them? To me, the answer seems obvious. They don’t fit the cult of progress-by-technology. They would be more acceptable in a society which accepted limits to what humans should do.

We are behaving as though human desires are above criticism, and progress is made by manipulating the world around us. To live better lives, it is human behaviour that needs to change.

This is why the humanities are at least as important as the sciences. It is in the humanities that people learn about good and bad human behaviour. Students of Shakespeare, Euripides or Attwood learn about how we affect each other. Students of languages learn how different cultures perceive the world differently and shed light on each other. Students of history observe how people’s actions affect other people. Students of theology reflect on where our values come from, and which ones are worth living for. In a healthy society, all these things need to be learnt, and widely shared.