Martyn Percy: Twenty-Tutu (2022) is the Year for Leaving Oz Behind – Embrace the “Tutufication” of the Church of England 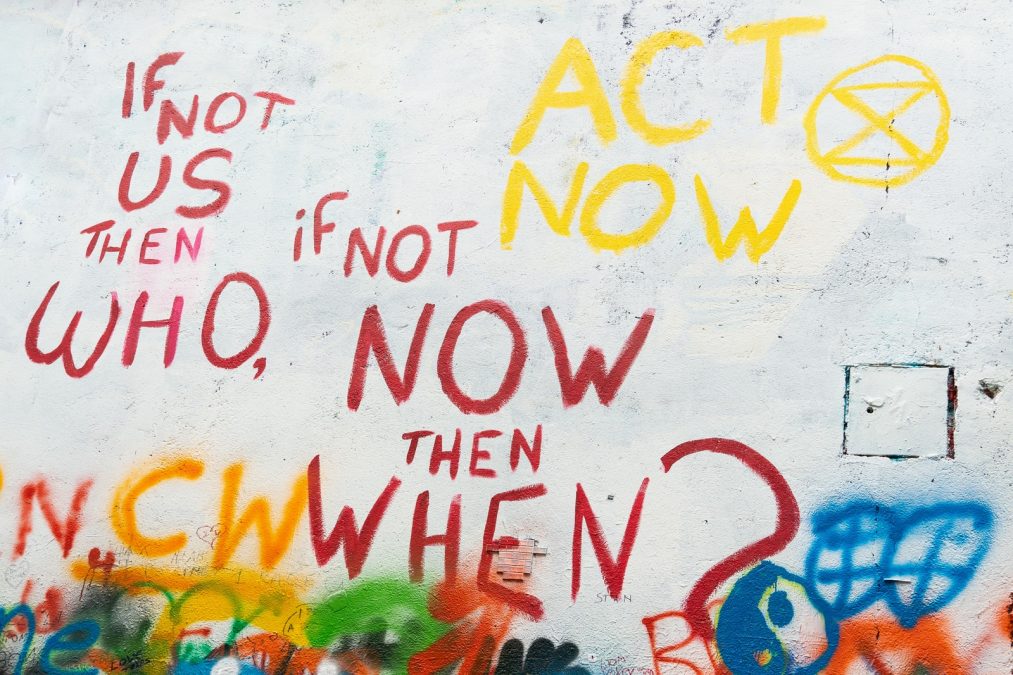 The Church of England is making concrete steps to move from lamenting historic and present racism to acting to ensure change happens. It is not going to be an easy process because institutional racism is so deep within the culture of the Church of England that it often goes unnoticed.

A case in point is Living in Love and Faith, a book aimed at engaging members of the Church of England in conversations around the complexity of human sexuality. There is a section in the book about the Global Anglican Communion and it seems that no one has noticed that it writes three African and two African American Bishops out of history in the process of painting a false narrative where the Church of England retains a special place in the Communion.

When I read the section, I was shocked, but not surprised by what was written. I have no doubt that the authors had the best of intentions. I know that they were seeking to highlight the racism inherent in Empire, but they misread and distorted history. The result has significant implications for the Church of England and the Anglican Communion today.

It makes an extraordinary claim that: ‘At the beginning of the twentieth century the Church of England still had a clear, global hierarchical structure that stretched across much of the world.’ This is followed by the misleading claim that ‘before 1912, with the remarkable exception of Bishop Samuel Ajayi Crowther who had been consecrated Bishop of the Niger Territory in 1864, there was not a single non-white bishop anywhere in the Empire.’ Except the problem here is that Crowther was never a Bishop in the Empire – he died nine years before the Niger Territory was incorporated into the British Empire. However, he had been replaced by Bishops James Johnson, Charles Phillips, and Isaac Oluwole who were all serving as bishops in the Empire in 1900. They were limited to shepherding Africans only and reported to white missionaries with no formal link through to the hierarchy of the Church of England, but they were non-white bishops in the British Empire.

The irony is that the misleading claim was written to deliberately recognise the historic racism of the Church of England. The intention was to recognise and lament the racism that ran through Empire, but this only goes to highlight how deep the lines of racism run within our current subconsciousness. The writers of LLF were completely unaware that they were whitewashing history. They relied on histories of the Anglican Communion written by white people and trusted those sources.

What lies behind that is an assumption that the Anglican Communion was synonymous with the British Empire and that the Church of England is special. This was not true. That in 1900 there could be three bishops in the British Empire who reported to voluntary missionary societies and not the Church of England demonstrates that there was never a clear hierarchical structure for the Communion. This can be further illustrated by the lives of two African American bishops also overlooked by LLF.

In 1874 Bishop James Theodore Holly of the American Church Missionary Society was consecrated the first Bishop of Haiti and in 1878 he became the first non-white bishop to attend a Lambeth Conference. In 1885 Bishop Samuel David Ferguson became the first non-white to be in the House of Bishops of the Episcopal Church of the USA. Neither of these African Americans had any direct link to the Church of England and their lives demonstrate that the Anglican Communion in 1900 was anything but a simple organisation with a clear hierarchy.

The Domestic and Foreign Missionary Society of the Protestant Episcopal Church in the United States of America – still the official legal name of The Episcopal Church – incorporated its foreign dioceses within its structure. Even today the Dioceses of Haiti, Cuba, and Honduras are integral parts of the one church. Bishops of former TEC dioceses, such as those in Mexico, Brazil and the Philippines participate in the House of Bishops. My experience is that the TEC links with most of the Anglican Communion are deeper and stronger than those with the official Church of England. It may surprise you that more Primates from the Global South attend 2015 TEC General Convention than attended the 2017 meeting of Global South Anglican Primates. In contrast it is rare for an Anglican Primate to visit the General Synod and impossible to imagine that a Bishop would be asked to speak in official sessions.

This matters because of an often-repeated claim that the Church of England has a ‘special place’ in the Communion as the ‘historic “mother church”’ is historically questionable and very damaging today. It is a claim that plays to the vanity of the Church of England and one that was made by the present General Secretary of the Anglican Communion – Archbishop Josiah Idowu-Fearon to General Synod in 2017. The message was clear: because you are special, and everyone looks to you for leadership, you must consider this historic responsibility and not deviate from the ‘policy’ of the Anglican Communion concerning LGBTI+ people as expressed at the 1998 Lambeth Conference.

Even if Archbishop Fearon is right and the rest of the Communion looks to the Church of England as ‘Mother Church’ we need to examine that very closely and ask if they are right. What is being said is that global leadership is a legacy of Empire which needs to be preserved.

We really need to remember our history and the words of Archbishop Michael Ramsey who in 1962 heralded the adoption at the Toronto Congress of Mutual Responsibility and Interdependence (MRI) with these words:

‘We cease to think of some of our Anglican Churches as “mother” Churches and of others as “missionary” or “dependant or younger” and come to think of them all as equal in authority and responsibility, serving one another as they serve God and humanity in a single missionary task.’

This was the ‘Anglican Turning Point’ where we turned from colonialism to mutuality and abandoned the idea of any church being ‘Mother Church’ and that quite explicitly included the Church of England.

It needs questioning because the ‘Mother Church’ idea is damaging. It blunts the autonomy of the Church of England and dissuading critical and constructive engagement with our culture. It also damages our relationship with our partner churches across the world. The Archbishop of Canterbury is held responsible for bishops in Ghana or Uganda and instead of being able to engage as an equal – sometimes to firmly say ‘you are wrong’ – he is either seen as wanting to be a colonial master, or as vacillating when clarity is needed. He really can’t win.

At the heart of this is the need to examine the assumptions we make about our history and not just face the racism of our past, but also the way it blinds us to the present. Whatever the result of LLF, we will need to engage with our partners around the world. We have Anglican neighbours in Wales and Scotland as well as those further afield such as in Brazil and the USA who have embraced equal marriage. We have partners who condemn us for not encouraging so called ‘conversion therapies’. We need to engage with all of them as a confident Church of England in equal partnership with all. We have to be able to learn from others and to speak truth without the burden of being ‘special’.

Deep seated racism is a scourge on our church. It takes work and humility to make change.

Addendum: What does this mean?

In January 2011 David Kato, a heroic LGBTI+ campaigner, was murdered in Uganda. His murder was part a backlash against sexual minorities in part whipped up by elements within the Church of Uganda.

At the time the Archbishop of Canterbury was chairing a Primates’ Meeting in Dublin. The Archbishop of Uganda was attending a New Wine conference in England that he deemed more important – he was among those primates deemed to be boycotting the Primates’ Meeting because they objected to the presence of the Primate of TEC due to the refusal to discipline her church over the inclusion of LGBTI+ people through moves toward equal marriage and the ordination of LGBTI+ clergy and the opportunity to consecrate them as bishops.

Demands were made online and by email for condemnation of the Church of Uganda by the Archbishop – which was difficult because he had agreed to turn off all his electric devices and receive no news while at the meeting.

I was there as a member of staff and I enabled a small group to draft a common response. When this draft came to the Meeting it was the African Primates who demanded it be strengthened. The statement was effective and welcomed because it did not come from a colonial ‘Mother Church’ to an errant child. It came from a community to a member of the community.

Now there is a couple of other things. It was not clear to me that New Wine was the subject of any lobbying. I read blogs and articles and it was the Archbishop of Canterbury who was deemed to have responsibility, but not the allies of the Archbishop of Uganda in the UK and USA. For example, GAFCON supporting bishops in England did not seem to be asked for comment.

The other thing was the same week two young people were sentenced for the homophobic manslaughter of a man that took place in Trafalgar Square in 2010. Trafalgar Square is only a mile away from Lambeth Palace. The Archbishop of Canterbury was not asked for comment on this horrific crime on his doorstep, but he was expected to make a difference in a country 4,000 miles away. Ben Summersgill of Stonewall was asked for comment, but not the Archbishop of Canterbury. Now if you think ‘of course not’ just think what that means for the place of the Church of England in the moral discord in England.

What is needed is a reassessment of the relationship and a renunciation of the racism implicit in the present understandings.