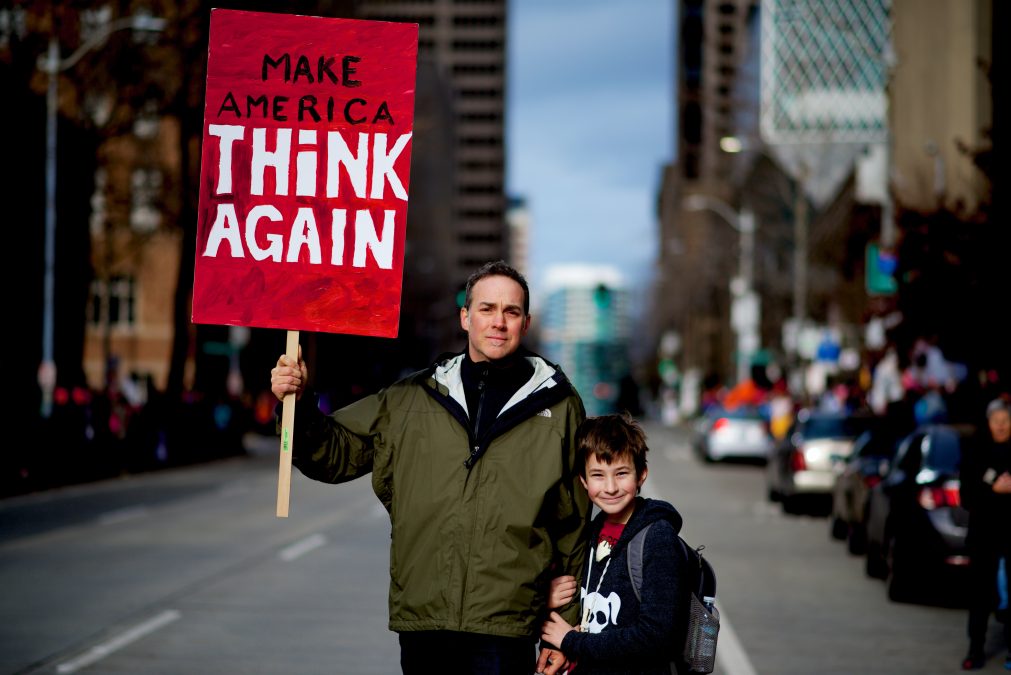 The link between religion, perhaps especially Christianity, and right-wing politics is not new. Historically, we’ve seen it before in Europe and in many other places. I’ve experienced it in my lifetime, indeed, in my life.

I exist in the uncomfortable (these days) position of being both American and British. In fact, I’ve lived longer in Britain (44 years) than I did in the USA, the land of my birth (24 years). I grew up and endured my education in a combination of really conservative Christianity (proudly fundamentalist, really) and really conservative (right-wing, really) politics. The two ideologies went hand in hand. The period of my formative years – 1960s and ‘70s – was a turbulent time in the USA: racism was rife, protest was violent, America’s unjust, racist and oppressive war in Vietnam was raging. I was at high school when Martin Luther King Jr was shot. We had troops in the school and troops on the street. Most of my friends at school were black (as was my high school); all my friends at church were white. There was no real mixing.

In the midst of all this, another great liar assumed the White House – Richard Nixon. Another man who manipulated the news, sought his power by dirty means, lied to protect himself and confuse others. Even as a conservative Christian, I came to loathe Nixon and all that he stood for, however much he was seen tp promote ‘Christian’ values and causes. But even Nixon had shame enough in the end to resign (or was it that he saw the writing on the wall and bailed out?). Like a lot of my generation of Americans, I also came to oppose the war in Vietnam, I marched with my black friends for justice and an end to racism; I, too, came to want to see a better, more just and inclusive, America. And perhaps most significantly for me, I wanted to see an end to the conservative Christian backing and justification for war, racism, and oppression. Perhaps this was the most difficult challenge of all.

The version of Christianity in which I was schooled was so deeply embodied in the right-wing politics I came to despise, that to challenge the one was to challenge the other. And when your faith, however understood, is the defining thing in your life, above which there is nothing else; and when your community is held together by that faith, when your community embodies a problematic political ideology, and the political ideology comes to be seen as so clearly wrong and even sinful, and starts to become a sort of death cult, the disintegration you feel personally can be pretty sharp, very disorientating, deeply damaging. For me, the politics made me question, even jettison, my faith.

Perhaps there are some in the USA today, in the aftermath of Trump’s attempted coup on the Feast of the Epiphany 2021, who are experiencing small cracks appearing in the bond between their conservative Christianity and their right-wing politics: little epiphanies might be happening. Questions and doubts may be appearing. As even some of Trump’s most ardent supporters in Congress try to put a little distance between him and them, having looked over the edge of the political precipice, perhaps there are some of Trump’s supporters among religious leaders who will do the same (though religious leaders, as we know, find it very difficult to be wrong, to repent). Perhaps. Perhaps the advent of a new President with a new agenda and a new style will help make those cracks wider. Perhaps. My own experience suggests that any change, any metanoia, as a result of those cracks, will take some time, will cause deep soul-searching, will make people angry, doubt themselves, doubt everything; it will make people feel embarrassed, confused, ill-at-ease with themselves and with the whole world around them. Expect the volcanoes of hate and anger to keep erupting, even, perhaps, as the magma of conservative Christianity and right-wing politics cools. It will not be a Damascus Road experience.

My experience leads me to think that we need to call it out for what it is: fascism, idolatry, sin. That may not be completely helpful in the process of metanoia, but it has to happen. We, the world, cannot wait a decade for change. If we’re going to worship the Christian God, then let us do so in Jesus, not some right-wing preacher; if we’re going to engage politically (and even your inaction is engagement), let us do so on the basis of justice, not on the basis of some inept conflation of the Amendments to the American Constitution and biblical fundamentalism. We’ve seen the results of pandering to Trump, and no nation can tolerate that. We cannot stand by and hope for the best. Naming the powers of darkness – not least in the media, in our churches, in our own minds – is the first step in opposing them; and naming them not just in America, but in Britain as well. The powers of darkness, like fish in the North Sea, know no boundaries. Truth-telling is a universal obligation, and the truth might just set us free.