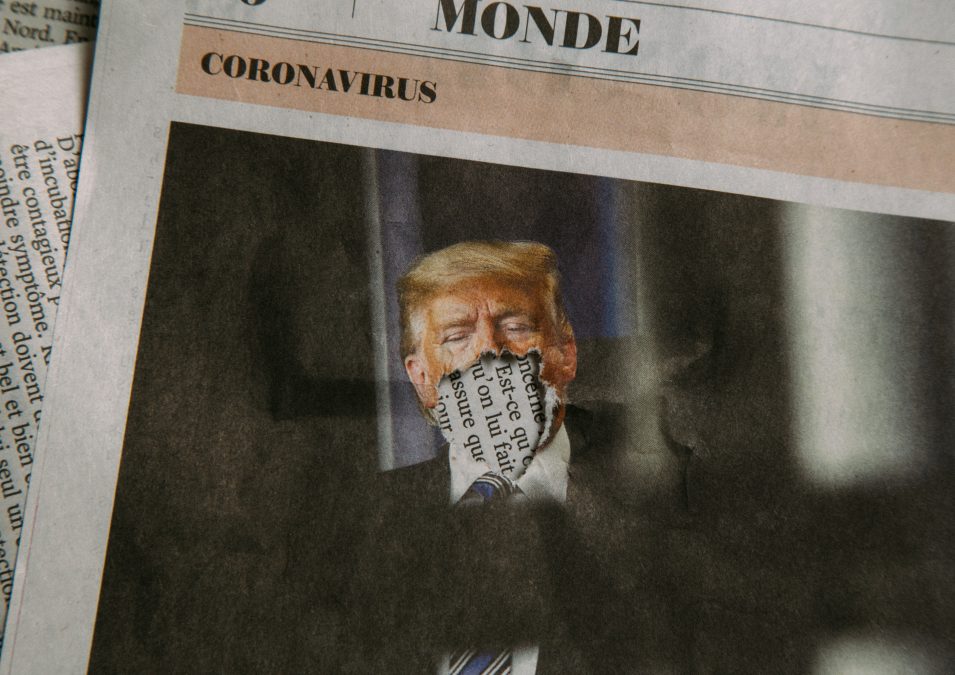 The difficulty lies in knowing what to think, despite all that has been said about how so many of us feel in regard to the events that took place on Capitol Hill earlier this week. They were unprecedented events, shocking, existentially disturbing.

The attempted destruction of democracy; was it the end of civilisation as we know it, or the beginning of the end of the world, as some Christians will be thinking. “Bring it on” the millenarians among them will be saying. Or has Yeats’s ‘blood dimmed tide’, briefly ‘loosed’ on Wednesday, having built tsunami-like over the past four years whilst most of us were in denial, been stemmed? If so, by whom?

Because the question all this obliges us to face is; are there in fact checks and balances at work that somehow re-calibrate the off-the-cuff decisions of a megalomaniac in such a way as to avoid the catastrophic? In time, no doubt, we shall learn the answer. Meanwhile, or at least until this week, many of us have continued to believe that the democracies we take for granted are indestructible, that there are always checks and balances, or discreet individuals, civil servants of sorts, quietly managing the day to day affairs of the country, so that World War III is avoided simply by removing a crucial communiqué from the desk of Donald Trump before he has the chance to see it and fire off a tweet that would bring us to the brink of destruction. Or, then again, perhaps there are not.

But Wednesday’s coup makes even these simplistic questions more opaque and therefore more worrying. Were there discreet individuals oiling the works on Trump’s side too? Why did the National Guard take so long to get there? Why the shaming discrepancy between the way his mob was dealt with by the police in comparison to the military operation that was called in to brutally suppress the Black Lives Matter demonstration? Were the police, understaffed and seemingly badly trained, set up by other discreet individuals from within a now sophisticated and well co-ordinated conspiracy theory movement, manipulated like puppets by their top man, who was safely out of harm’s way, watching all that was going on from his TV screen in White House?

All of this is to say that small people working behind the scenes, if there were such people and I think it is not unreasonable to suppose that there were, along with a parallel phalanx of clever social media operatives, can turn the blood dimm’d tide. How then, is it to be turned back?

Joe Biden will do everything he can, as will his vice-president, advisors and supporters. But they can only work within the constraints of their professional limits and there are only so many hours in the day, and there is so much to do. But it is the turning of the blood dimm’d tide that must take absolute precedence over anything else, or at least before anything else can begin to be effected, including putting in place a national disciplined plan of action for halting the exponential growth of Covid 19. So who will be the ‘little people’, the undercover ‘civil servants’ who will work now for a righteous leader, with the same discretion and determination of those who perhaps worked for his predecessor?

They will not be people in his immediate surroundings, although some may be. The vast majority of them will be completely anonymous. They will be you and me.

There will be no visible road map for us to follow, no plan of action, no call to take to the streets or launch social media petitions. What there will be is an imperative to first return in silence to the memory of these past days and ‘stand’ in it, stand in it silently. By that I mean hold steady in it. Remember it in its shocking and brutal reality. Refuse to deny or forget it. Refuse to hate the participants. Regret deeply what it has done, especially if you were a participant yourself and then, especially if you are an American, remember that America calls itself ‘one nation under God’, so do this standing and remembering under God.

God’s time is not linear. Moments in the past, even the very recent past, are redeemed and thereby opened up to new redemptive possibilities by the way we choose to remember them and then think of them in the present and by the way we all take responsibility for them. This is about acknowledging wrong from deep within ourselves, whether or not we were party to that wrong or complicit in it, whether we tacitly condoned it or went along with, or were perhaps indifferent to it. Indifference has played as big a part in the loosing of the ‘blood dimm’d tide’ as any amount of conspiracy theory rhetoric. Indifference is the wrong kind of silence when it comes to crises of the kind we have just witnessed.

But, ironically, it is now silence that we most need, a different kind of silence. The silence of a call to collective prayer and repentance for which we must all take responsibility. First, we need to find repentance in ourselves, a place where we can be silent before God, bringing to mind the events of the past few days in the way I have described and then, for churches and people who pray, asking through the appropriate authorities, to be allowed to physically stand on Capitol Hill, silently holding candles signifying hope, light coming out of darkness, signifying repentance before God. The world will be standing with you in that hope and in the spirit of repentance that it requires.