The Church and Bishopsgate

Christianity was progressive long before secularism was invented 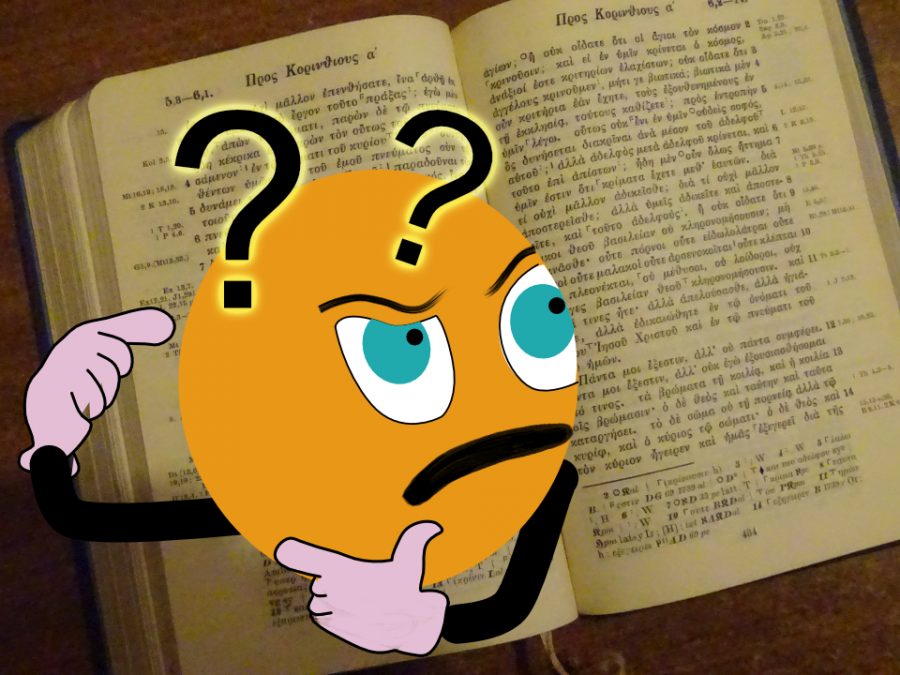 St Helen’s Bishopsgate, a large London church, has made a public Statement criticising the Church of England’s Living in Love and Faith for not opposing same-sex partnerships more strongly.

Part of me wants to ignore it; but what it says has been said so often, for so long, and with such devastating consequences, that I think it’s worth spelling out what is wrong with it.

The Statement announces that St Helen’s is in ‘a state of broken partnership with the House of Bishops of the Church of England’. The reason is the usual mantra: the bible forbids same-sex partnerships so the bishops should forbid them too.

To those unfamiliar with the debate this may seem straightforward, but it contains three flaws. Any one of them would be fatal to their position.

The Statement says St Helen’s and other churches have

called for and prayed for Bishops, as the denomination’s senior leaders, to uphold their vows to teach what the Bible says, including in the area of sex and marriage, and to deny false teaching and practice.

For ‘including’ read ‘only’. The number of commands in the Pentateuch is usually calculated at 613. I don’t know how many there are in the whole bible, but however they are counted the figure must be well over a thousand. The number condemning gay sex is seven at the most, more realistically five. Of the others many are regularly flouted today, such as cooking and farming regulations. St Helen’s is not noted for campaigning against men shaving their beards (Leviticus 19:27) or tattoos (Leviticus 19:28) or interest on loans (passim) which the Catholic Church forbade until the seventeenth century. It does not demand the death penalty for adulterers (Leviticus 20:10). Its insistence on obedience to the Bible’s commands is concentrated on the sexual activities of gays and lesbians.

This concentration is a recent development. Church leaders have often condemned gay sex in the past, but only in the last fifty years have they singled it out as the defining issue for Christians.

Why pick out this one? I have noted before that it began as a calculated decision. Because Conservative Evangelicals disagree with each other about so many biblical texts, their churches have a history of falling out. Focusing on one issue where most of them can agree has proved politically successful. Otherwise, neither the bible nor the history of Christianity provides any justification for singling out same-sex partnerships as especially wicked.

the division in the House of Bishops with some sections setting out the orthodox biblical teaching but others erroneous alternative views. The overall effect suggests that the clear biblical teaching on sex and marriage is not clear.

This two-page document repeats that the Bible’s teaching is ‘clear’ no fewer than seven times! We are left in no doubt that Scripture’s clarity is central to the case being made. Meanwhile, anybody who takes the trouble to read the Bible will soon notice that a great deal of it is far from clear.

Most people read it in translation. The Greek word arsenokoitai, which appears in 1 Corinthians 6:9 and 1 Timothy 1:10, is often translated something like ‘homosexuals’ or ‘sodomites’, but this is only a best guess by translators. The precise meaning is not known. Recently some Hebrew scholars have argued that Leviticus 18:22 and 20:13 have been mistranslated: what is forbidden to men is not lying with any man, but lying with particular classes of men (forthcoming publication by the Wijngaards Institute ).

The theory of the bible’s clarity is a product of the early Reformation. Catholics and Protestants agreed that the bible was God’s revelation to Christians, but Catholics added that God had also given the Church authority to interpret it. The first Protestants, lacking a rival church, denied that Scripture needed interpretation. They therefore argued that everything in it was ‘clear’ and ‘plain’. The theory didn’t last long because it didn’t work in practice, but its rhetoric has recently been revived by churches like St Helen’s. The ‘clarity’ to which the Statement appeals has never existed.

Even if there was good reason for singling out the ban on same-sex coupling, and even if the meaning of the relevant texts was absolutely clear, the case against gay sex would still be incomplete. It would still need to be shown that what the bible commands is obligatory for all Christians at all times. The Statement does not argue for this claim. It just takes it for granted – for all the world, as though it was so self-evident that it didn’t need spelling out.

When it is spelt out we can see how indefensible it is. I Corinthians was written by Paul to the church at Corinth, with an eye to what was going on in Corinth in the middle of the first century. He didn’t need to explain arsenokoitai: the folk at Corinth knew what was going on, even though we don’t.

Similarly the relevant Leviticus texts appear in a section which was designed to stress how Jewish practice differed from the practices of neighbouring peoples. It was never intended to apply to 21st century Europeans.

When single sentences are lifted out of the bible without any regard for context, their meanings can easily be altered. To take one example, Leviticus 20:13 (NRSV) runs:

If a man lies with a male as with a woman, both of them have committed an abomination. They shall be put to death; their blood is upon them.

For decades I have been asking Conservative Evangelicals why they are so committed to the first half of this verse but not the second half. Never once has any of them provided an answer.

The search for an explanation

Thus the Statement’s case against same-sex partnerships suffers from three glaring weaknesses. Any one of them would be enough to demolish the argument.

None of the three points are rocket science. They are all pretty obvious when you think about it. But St Helen’s is not alone. A great many people agree with them. Why? It would be lazy to write them off as stupid. There must be a reason.

My attempt to give a reason is based on my experience as a parish priest and university chaplain. Others will have other stories to tell, but this is mine.

Early in its history the post-1970s Evangelical revival positioned itself as a counter-cultural movement with respect to other Christians. This can be psychologically attractive; adherents can then think of themselves as members of a superior elite. Sociologically, one effect was to create ghettoes of the like-minded. Evangelicals who played cricket felt the need to distinguish themselves from other cricketers; Christians In Sport provided a distinct identity. Evangelical teachers created the Association of Christian Teachers. And so on.

Within bubbles like these groups of Evangelicals have created their own theories of God and Christianity. Members are to accept the bible’s ‘clear’ teaching and should therefore believe exactly the same things as each other. The result is a strict hierarchy. Leaders do the teaching; the rest meekly accept what they are told, while being warned against the demonic influence of the big bad world outside.

Over the decades these bubbles have produced communities of Evangelicals so schooled in their own teachings that today they can be genuinely surprised to discover Christians with different beliefs.

For Evangelicals trained like this it must seem absolutely outrageous that a bishop in the Church of England should refuse to denounce same-sex partnerships. It may seem that such a bishop cannot be a true Christian. From that perspective there are only two possible responses. One is to demand the bishop’s repentance and submission on pain of expulsion. The other is denounce the whole church and create a rival one.

St Helen’s and the Church of England

If I am right about this, it explains the emphatically intolerant mood of the Statement. It is as though St Helen’s is giving the Church of England a good and proper telling off. In future they are to do as they are told. We read statements like the following:

The House of Bishops get their bottoms spanked:

In good conscience, St Helen’s is no longer able to remain in gospel partnership with the House of Bishops until they again speak and act consistently in accordance with the plain reading and plain teaching of scripture on sex and marriage…

Okay, we could reply. Off you go then. But then we get:

St Helen’s is not leaving the Church of England and will remain a member of its Deanery and Diocesan structures for the most part. However St Helen’s will be withdrawing from those activities which indicate full spiritual partnership.

For all its faults the Church of England is episcopally led. Plenty of other people don’t accept the authority of the bishops either, but don’t then claim to be part of the Church of England. St Helen’s, it seems, wants to have its cake and eat it, like a man telling his wife ‘I’m leaving you for another woman but I still expect you to do what I tell you’.

On the one hand St Helen’s knows exactly what every church leader should teach, and refuses to acknowledge the authority of anyone who teaches something different. It is a demand for uniformity.

On the other hand the Church of England has traditionally been the church of the nation, comfortable with diversity of belief and therefore willing to accommodate churches like St Helen’s.

How should it respond now? To my mind due procedure would be that as an inclusive church it can include excluders; but only on the basis that the excluders accept that their voice is one of many. Once excluders set out to undermine the Church’s inclusiveness they are acting out of order. Their options are to either accept the Church’s diversity or leave. To stay in while deliberately undermining its nature is not acceptable.

Sadly I doubt whether church leaders will rise to the challenge any time soon. The excluders have found a technique – threatening schism – which has succeeded for decades. But it won’t succeed for ever. One day, I keep hoping, the Church of England – and other churches – will rediscover the God of love who created us humans in all our diversity – straight, gay, trans, etc – and longs for us all to flourish in our different ways.