The Search: An Exploration of the Spiritual Experience and the Origins of Belief

The limits of freedom for Adam and us 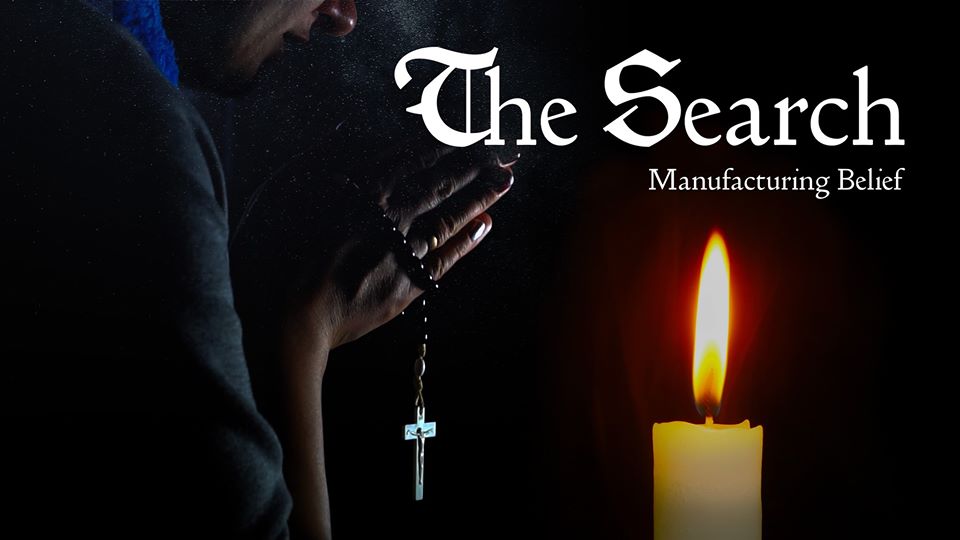 I recently watched The Search – Manufacturing Belief, a documentary film in which filmmaker Patrick Payne explores religious experience from a neurological and sociological point of view. The back-drop of the film is a Christian youth retreat the director attended as a teenager, and he highlights how these events have all the hallmarks of emotional manipulation: isolation, control, uncertainty, repetition, emotion and group dynamics. The film stresses that the leaders of such retreats are not deliberately manipulating people; it simply points out that the religious experiences which occur during these retreats may be caused by neuroscience rather than a supernatural force.

It reminded me of a similar experience I had as a teenager when I attended a Christian summer scheme. It was the final night, the emotional crescendo of the event; the lights were dimmed and worship music played in the background as hundreds of sleep-deprived teenagers dramatically dedicated their lives to Christ. I can’t help but wonder how much of that was a genuine move of the Holy Spirit, and how much was simply group dynamics.

Although the film is unashamedly secular – featuring interviews with Richard Dawkins and Daniel Dennett – it does a good job at also presenting the positives of religious experience, particularly awe. There are four main sources of awe: other people, nature, spirituality and the arts. Christianity can capture all four of these elements to create ineffable experiences. Communities are formed around such experiences; one of the scholars interviewed in the documentary, Bart Ehrman, stated that community was what he missed most since leaving the church.

Payne interviews Anil Seth, a neuroscience professor from the University of Sussex, and Dacher Keltner, a professor of psychology from the University of California, who believe religious experience is “by its very nature, the subjective point of view created by a complex alchemy of biology, psychology, evolution, neurochemistry, behaviour, instinct and many other components”. In other words, there is a naturalistic explanation.

Can a Christian accept such explanations? Does it imply religion is just a human creation? In a fascinating article entitled ‘Is a “Christian Naturalism” Possible?: Exploring the Boundaries of a Tradition’, Jerome Stone argues in favour of religious naturalism. ‘God’ can be understood as being itself, rather than a supernatural being distinct from human existence; the invisible bonds which connect us all, the drive to live life to the full, love for our fellow man… The naturalist could describe the totality of these concepts as ‘God’. Stone reduces Christ to a moral example, and he acknowledges that such a view may not be compatible with authentic Christianity.

I have a personal interest in religious naturalism, as I am an autistic adult who struggles to conceptualise things I cannot empirically experience. A naturalistic approach to religion suits my way of thinking quite well; I agree with Paul Tillich who said “if you insist that myth has to be understood in its literal or unbroken sense, then you are in danger of excluding me from its value altogether, because I am unable to submit to your particular version of it”.

Despite leaning towards naturalism, religious experience remains part of my life. For example, when I was at theological college I got into the habit of attending Evensong at Belfast Cathedral once a week. The combination of beautiful choral music, stunning architecture and friendly people creates a wonderful sense of being part of a something beyond myself. Perhaps this is just the neurons in my brain firing in a certain direction, or maybe it really does have a supernatural source. There’s no way to know for sure.

I can understand why perhaps the majority of Christians would consider such a view to be beyond the bounds of Christianity; after all, the Apostle Paul wrote “And if Christ has not been raised, our preaching is useless and so is your faith… If only for this life we have hope in Christ, we are of all people most to be pitied.” However, Paul never physically met Jesus – his Christ experience took the form of a vision. That brings us back to the question asked by The Search: was his religious experience supernatural or natural?

I shall leave this open ended. What do you think – is Christian naturalism possible, or is there nothing Christian about it?

Erin Burnett is a recent graduate of Union Theological College, Belfast, and a Ship Welfare Visitor with the Mission to Seafarers.