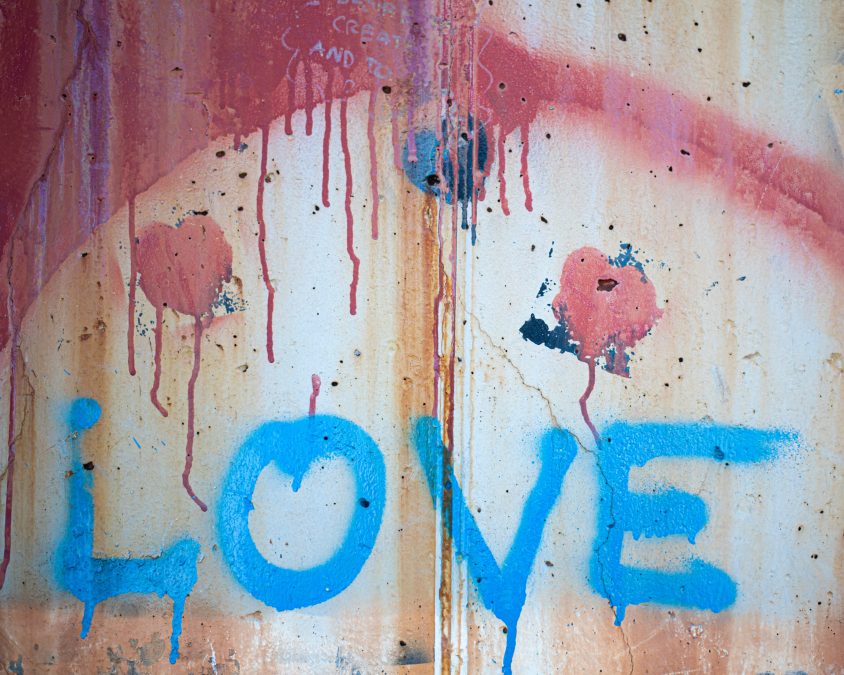 There is much that is positive about LLF. There is evidence of able people who have undertaken much work in producing it. The book is commendably readable, well-structured, and attractively produced. The chapters on ‘Society’, ‘Science’, and ‘Religion’, are particularly strong. The final text tries hard to maintain a balance when discussing the many difficult questions. It is even handed in its discussion of the usual passages thought to condemn something recently called ‘homosexuality’. The collaboration LLF achieves compares very favourably with, say earlier Roman Catholic documents on similar themes. The book, together with the on-line materials in the Learning Hub, is intended to be used in the dioceses. Feedback will assist the bishops in a further process of discernment (420). It begins and ends with an appeal for unity (x, 421).

LLF is framed in such a way as to offer the possibility of, and hope for, greater agreement between the sharply divided factions within the Church of England, based on the six Pastoral Principles for Living Well Together (4-5). The prior question is whether the framework provided in and by the book can do this. Unfortunately, I don’t think it can, for at least three broad reasons.

There is almost no evidence, anywhere, of biblical criticism, or of the positive contribution it can make to understanding LLF’s topics. Genesis 1 – 3 is read as if it really all happened. We are told ‘The significance of intimacy is beautifully explored in the story of Genesis 2’ (177), neglecting that Genesis 2 has been a blatant source of sexism and inequality from the New Testament onwards.

‘Troublesome families’ are found in the Hebrew Bible (183), and thought to provide comfort to troubled families today, while the highly troubling teaching of Jesus about families is omitted. Paul wrote Colossians (191). And Ephesians (209). And 1 Timothy (239). The ‘all scripture’ of 2 Timothy 3:16 (275), dubiously translated, is still supposed to apply to the whole Bible even though the Bible did not exist then. Paul’s teaching about divorce is said to be later (280) than the teaching of Jesus in the Gospels, even though 1 Corinthians is normally dated thirty years earlier. Paul is credited with ‘radical symmetry’ (193) in his teaching about marriage, while forgetting to mention, in the same Letter, that ‘the husband is the head of the wife’ and that ‘man’ is ‘the image and reflection of God’, while ‘woman is the reflection of man’ (1 Cor.11:3,7). It commends 1 Peter for explaining what it means to live a holy life, while forgetting to say that the same author insists that holiness for wives is about submitting to husbands (and much else) (1 Pet.3).

This confident, uncontested, superficial, and selective reading of the Bible distorts, rather than represents, biblical material about marriage. I counted 47 biblical references in the 4 page text box entitled ‘Jesus’ teaching about marriage’. Despite the exhaustive textual search for Jesus’ (not the Gospels’) teaching in the box, there is no discussion of the saying of Jesus in Luke 20:34-5 – “Those who belong to this age marry and are given in marriage; but those who are considered worthy of a place in that age and in the resurrection from the dead neither marry nor are given in marriage.” It is not possible for the authors to consider Luke’s anti-marriage stance, because it would destroy the cosy (and plain wrong) assumption that ‘a clear biblical picture of marriage emerges when you consider Scripture as a whole, and in particular when you read it in the light of the teaching of Jesus on marriage’. (281) Yes, the Bible is said to have a single ‘view of marriage’ (282). Cruising over the text of Ephesians 5 men and women are found ‘patterning their love on the love of Christ’ (31). But that is what the wives of Ephesians 5 don’t do. A careful reading of the text indicates that while husbands are told three times to love their wives, three times wives are told to obey their husbands.

Marriage clearly matters to Anglicans. But why do they always manage to defend it so poorly? LLF insists, yet again (while ignoring nearly every difficulty), ‘the church teaches that the only proper context for sexual relationships is within marriage, and therefore asks for sexual abstinence from all those who are not married’ (241). Does a marriage begin with a wedding? Can there be marital values in a relationship without legal or ecclesiastical certification (matrimonium presumptum)? Sex ‘before’ marriage is clearly still an issue for LLF, so why are none of the five cases of betrothal in the Bible not mentioned, to help us? (If any weight had been given to the church’s rich marital tradition, the difference between matrimonium initiatum, matrimonium ratum, and matrimonium consummatum would have helped enormously.) Pope Francis shows more respect and pastoral sensitivity for engaged (i.e. betrothed) couples than LLF, citing poverty as an understandable reason why couples live together before their wedding, acknowledging some couples were delaying, not avoiding marriage, and observing that ‘respect also can be shown for those signs of love [among such couples] which in some way reflect God’s own love’(Amoris Laetitia para. 294).

Here my strongest misgivings arise. Repeatedly the book returns to the phrase ‘identity, sexuality, relationships and marriage’ (its sub-title). But where exactly is gender in the mix? This turns out to be a key question. There is a section on ‘Gender identity’ (92-4), and ‘gender’ is part of this section (and not, as might be expected, the other way round). LLF treads warily here. ‘Gender’ is said to refer, properly, to four areas. (The first three are: as a synonym for ‘sex’; as the expression of self-understanding; and as the ‘performance’ of individual behaviour in social contexts.) The fourth meaning is ‘A society’s expectations for how people will look and behave, and the conscious and unconscious evaluations that will tend to be made of people, based on what is known or believed about those people’s gender’ (94). This is the sociological sense of gender. Unfortunately nothing more is heard of it.

LLF is right to consider intersex and trans people at this point, but the relegation of meaning four to the status of an extra-theological matter, is serious. For the church itself is, and has always been, a ‘society’ with all manner of ‘expectations for how people will look and behave’. It makes scores of ‘conscious and unconscious evaluations…based on what is known or believed about those people’s gender’. LLF has little time for history or for tradition. It is able to elide over centuries where ‘conscious and unconscious evaluations’, made by powerful clerical hierarchies, assign an inferior status to particular bodies, especially those of women, ‘sodomites’, and many others (slaves, people of colour, Jews, ‘Mohammedans’, etc.), all based on beliefs and what passes for knowledge.

Next it is pertinent to ask where ‘relationships’ are in the mix. Another key meaning of gender, conspicuously absent from the list of four, is ‘the relationships between women and men’. These, almost from the first, have been hierarchical in all the churches, and are embedded in the Bible. Hierarchical relationships in the area of gender are sustained by the (mis)use of male power over women, theologically justified. But this misuse of power is not confined to power over women. As women have struggled to achieve equality, the same ‘power-over’ is directed against other victims – LGBTIQ people, and of course victims of abuse. Ontological inferiority leads to disrespect; and disrespect leads to contempt and violence. LGBTIQ people suffer from the same disrespect, and they know all about violence.

The sociological meaning of gender is crucial for the churches, especially as they examine themselves after the abuse crises. Should they wish to examine their own ‘internal expectations for how people will look and behave’, history, and especially the history of hierarchical relations and the beliefs justifying them, would come centre stage. It is a ‘his-story’ of male hierarchical power which only now is being exposed. As it ebbs away, some of those who resisted and continue to resist the full equality of women, turn their ire (‘conscious and unconscious evaluations’ again) upon gay people (who aren’t interested in dominating anyone), and express contempt for their attempts to be included in marriage. The bodies of intersex and trans people are exposed to objectification, medicalisation, and interrogation, before they (the powerful) decide what place, if any, they may be allowed to hold among the people of God.

All this of course throws much light on the unwelcome findings of IICSA which condemned the ‘culture’ of the church, ‘deference’ to its authority, ‘taboos surrounding discussion of sexuality’, ‘clericalism’, and so on. IICSA was working on its latest report while LLF was being written.Nonetheless, was it not astonishing that LLF (in a side-lining text box about IICSA) should say ‘…it is important the specific work of theological reflection on IICSA be carried out separately from the Living in Love and Faith project’ (87)? Unless the connexion is made between the culture that allows and covers up sexual abuse and the culture that tolerates homophobia, transphobia and gynophobia, there will be no peace in the church. Neither should there be.

There are scary parallels between continuing attitudes to sexuality in parts of the church, and to sexual abuse, which can’t be conveniently separated. And why should they, when they have common roots? The culture of an organisation is examined in part by examining the ‘conscious and unconscious evaluations’ of its leaders, and their ‘knowledge and beliefs’. The admission of very serious wrongs in the culture requires a parallel admission of very serious wrongs in the areas of knowledge and belief, theologically based and led.

There are ‘taboos’ in the church ‘surrounding discussion of sexuality’, just as there are taboos surrounding frank discussion of the hierarchical relations of gender in the Bible and tradition which lead to discrimination and abuse now. The refusal to open up about either is one and the same.

IICSA found not a single case where abuse, actual or alleged, was committed by a woman. It was the abuse of male, clerical power that lay behind the abuse crises in the Church of England and Roman Catholic churches. The authoritarian masculinism which cared nothing for victims, may also care little for the victims of its own teaching on ‘identity, sexuality, relationships and marriage’. It did not have to be like this. There are better ways of reading the Bible and tradition. It is imperative now that the constructive, progressive and liberal voices in the church provide something better.