Girard, Johnson and how we love to hate scapegoats

Martyn Percy: Twenty-Tutu (2022) is the Year for Leaving Oz Behind – Embrace the “Tutufication” of the Church of England 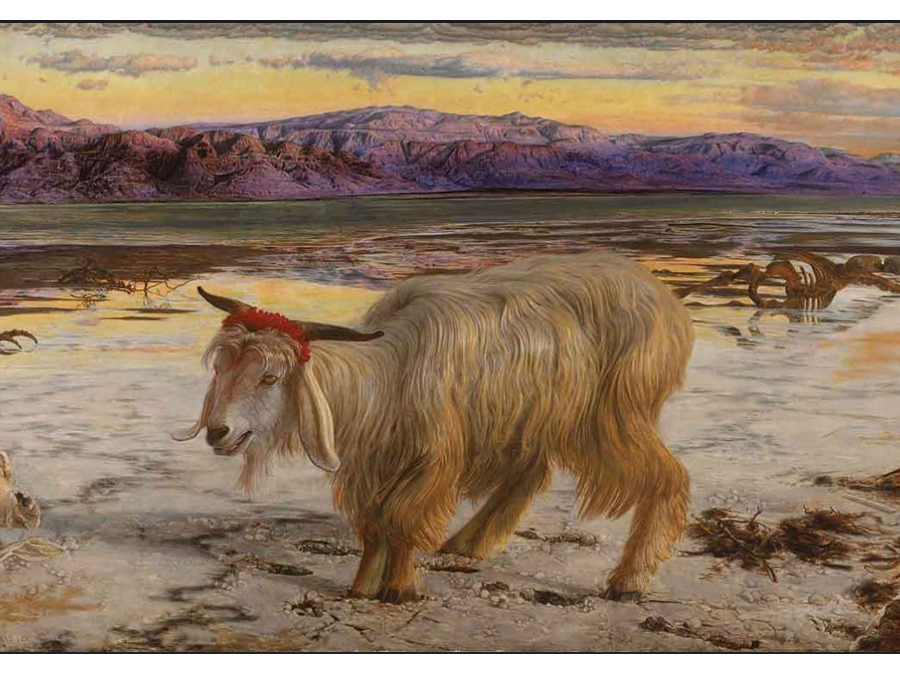 British public opinion continues to be obsessed with the Prime Minister’s partying during Covid lockdowns.

Critics have pointed out that more important things are going on. This post joins their ranks, from an angle that draws on René Girard’s work on scapegoating. Our public discourse gives us the impression that once Johnson is no longer Prime Minister the problem will have been solved. It won’t be.

Girard’s I See Satan Fall Like Lightning (2001) refers to an ancient story by Philostratus, an admirer Apollonius of Tyana. Apollonius was a second century pagan, often cited by pagans as a better healer than Jesus.

To summarise: Ephesus was suffering from a plague. They appealed to Apollonius. He led the population to the city’s theatre. It was deserted at the time, except for a solitary beggar. He then told the people to

Pick up as many stones as you can and hurl them at this enemy of the gods.

At first the Ephesians were shocked at the idea of killing this harmless beggar. But Apollonius urged them on. Eventually some started stoning him. Then others joined in. When they saw terror in the beggar’s eyes, they became convinced that Apollonius was right: the beggar was indeed a demon. He was duly killed, and the plague came to an end.

Philostratus told the story to praise Apollonius. Girard, though horrified by it, argued that it might indeed have brought the plague to an end.

This is how. Modern western medicine focuses almost exclusively on individual bodies. We distinguish sharply between individual and social disorder. In the ancient world, though, healing had a social dimension as well as an individual one. The Greek word for ‘plague’ could therefore refer to social conflict. So, Girard tells us,

Until the Renaissance, wherever “real” epidemics occurred, they disrupted social relations. Wherever social relations were disrupted, epidemics could occur…. If Apollonius had intervened in the context of a bacterial plague, the stoning would not have had any effect on the “epidemic.” The clever guru must have gauged the situation and known that the city was prey to internal tensions that could be discharged on what we now call a scapegoat.

A war of all against all,… thanks to the victim selected by the diabolical cleverness of Apollonius, is transformed “miraculously” into a reconciliation of all against one.

In the middle of his account of what happened at Ephesus, Girard adds this commment:

It’s not external enemies that ruin societies; it’s the unlimited ambitions, the unbridled competitions, that divide human beings rather than unite them.

If he was right about the situation in Ephesus 1900 years ago, the same is happening in Britain today. The mass media are full of speculation about Conservative Party Members of Parliament planning to replace the Prime Minister. The rules of the game forbid them to admit this in public. What they are really thinking has to be inferred. Rishi Sunak is the bookies’ favourite to be elected in his place, so it’s in his interests for Johnson to resign as soon as possible. Sunak therefore keeps his head down, avoids saying anything that can be interpreted as either critical or supportive, and hopes for others to stick the knife in sooner rather than later. Liz Truss is the second favourite, unlikely to win just now. So she expresses support for Johnson, meanwhile appearing on the airwaves as often as possible. Other contenders judge their options in similar ways. Whatever any of them says, we have been taught to interpret it as part of the game; whether those politicians actually believe what they are saying has become irrelevant. If this interpretation seems unduly cynical, ask yourself what you would do if you were a cabinet minister hoping for the top job.

The ambitions, the lies, the unspoken rivalries and the camouflaged conspiracies are as old as politics. There is nothing new here. But they are exceptionally bad at the moment. The ‘plague’ of ‘all against all’ is what we are seeing now.

Girard’s argument about Ephesus was that the ‘plague’ stopped, but only for a while. Apollonius could see what the problem was, but his solution was only a temporary technique. He did not point out to the citizens what they were doing wrong. For a while the Ephesians were united in their sense of achievement, and I guess also their sense of guilt. In the long term, nothing had been solved. Nothing had been learnt.

If Johnson resigns some time in the next year or two, there will be a short-term feeling of unity under a new prime minister. But this won’t mean any of the problems have been solved. Johnson will almost certainly be succeeded by someone who has played a significant part in the current ‘plague’: someone well practised in lying on behalf of the Government and positioning themselves for their own career advancement. The next Cabinet will be peopled by those who have learned how to get one over on each other.

Three years ago Johnson wanted to be Prime Minister. Lots of other people did too. It was the Conservative Party who elected him. They did so because they foresaw, rightly, that he had the personality to win a general election.

So it’s no use thinking the problem will be solved once we get a new prime minister. If we had elected a five-year-old child to govern us we would have been equally disappointed, but we would have had the sense to realise that we, not the child, had done the wrong thing. Johnson should never have been elected. He was elected because of the social disorder, the ‘plague’ now infecting Britain.

Even if we had a better voting system, it isn’t enough. We need a culture that takes politics more seriously, debates what kind of society we should aim for, and chooses its governments accordingly.

Leave a Reply to Girard, Jesus and the defence of the scapegoat – Modern Church Cancel reply